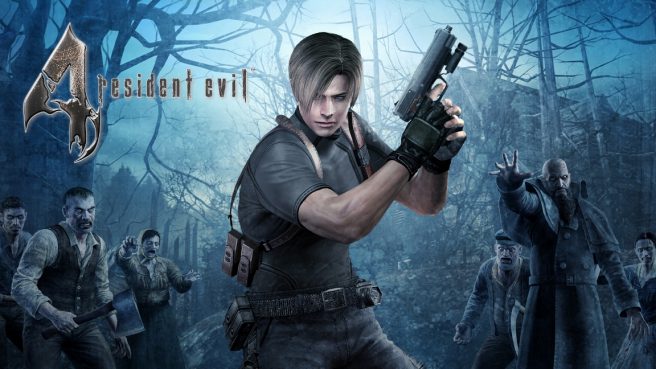 Resident Evil 4 has earned a ton of acclaim over the years, but it was apparently Super Smash Bros. director Masahiro Sakurai who was the first to praise the game’s camera.

That news came about during a discussion with Shinji Mikami and Jun Takeuchi. Mikami was the original director of Resident Evil 4 while Takeuchi has worked on several different entries in the series.

Mikami said that the plan wasn’t to create “something innovative” as the team “just thought that angle was better.” Unlike previous mainline entries, Resident Evil 4 was the first to feature a third-person camera.

“It felt natural. Oddly enough. We weren’t planning on doing something innovative. But in the end, everyone kept saying we did. To us personally, we just thought that angle was better. We weren’t trying to do something new or groundbreaking, there was none of that.”

As for Sakurai’s praise, Mikami added:

“The first person who praised the camera system in RE 4 was actually Masahiro Sakurai, the guy who makes Smash Bros. He came to check out the game in development and asked, ‘who came up with this camera system?’ ‘Hey, yeah, that was me.’ ‘This is great,’ he said. ‘Woah, really?’ I responded.”

Takeuchi also spoke about how when he was working on Lost Planet, while at E3 one year, the Gears of War team stopped by and revealed that the camera in their game was based on the one in Resident Evil 4.

“During the development of Lost Planet, at our first E3, we were approached by the Gears of War team. They were all around us, checking out the Lost Planet camera. A bunch of them were asking why we weren’t using the Resident Evil 4 camera in the game. We were like: ‘Well, it’s a completely different game.'”

Mikami ultimately said the following about the praise Resident Evil 4 has seen:

“It’s weird. It doesn’t really hit you, even with all that praise. You’re not like, ‘I did it!’ It’s more like ‘This ought to work, I guess’. Like, in a fight when you punch them in a gut, even if you were holding back, when you see the other guy keel over in pain you think ‘woah, that got him, that did it. That actually did it.’”

Resident Evil 4 started out as a GameCube exclusive, but has since made its way to many additional platforms and is available on Switch. Capcom is now developing a remake of the title, though it’s not planned for Nintendo hardware at present.