Posted on November 3, 2020 by Dennis(@LyonHart_) in Reviews, Switch 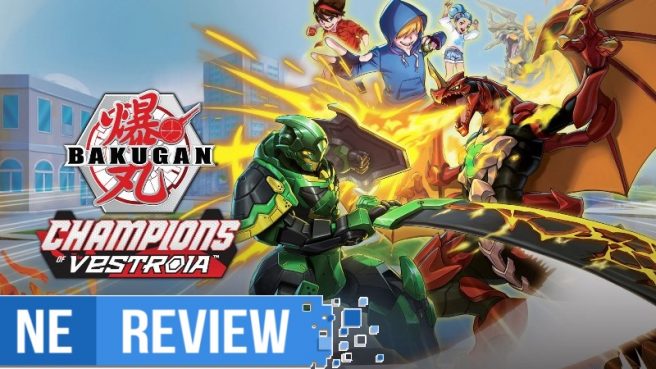 The last time Bakugan saw any sort of video game outside of mobile devices was back in 2011 with Rise of the Resistance on DS. Almost nine years later, to the dot, the series is back with Champions of Vestroia. I don’t think Bakugan ever had that sort of grip or longevity something like Yu-Gi-Oh! or even Beyblade has, but it’s gathered enough of a following to warrant continued support of the property so many years later, especially now with the new Switch game. The anime continues on with Bakugan: Armored Aliance following a sort of “reboot” with Battle Planet prior to that, so Champions of Vestroia just adds to a big push from SEGA Toys and Spin Master for the series to return to the forefront where it once sat as Property of the Year in 2009.

Bakugan: Champions of Vestroia was met with massive backlash when it was revealed, and I initially felt bad because while I admit the game was announced at the wrong place (though not necessarily the wrong time) in its Nintendo Treehouse reveal, it was cool to see the franchise receive a sort of revival in the gaming space similar to Zoids. It’s a property that’s been around for over a decade now with its main focus being on the toys shaped as the monsters of the same name, and with WayForward having its name attached and me being such a massive fan of the studio, I was looking forward to it for that purpose alone despite never truly investing into the IP itself. Bakugan at this point, despite not having as many titles as one would assume, has seen games on multiple platforms and have generally been about the Bakugan themselves fighting, however different the actual genres and mechanics from game to game may be. 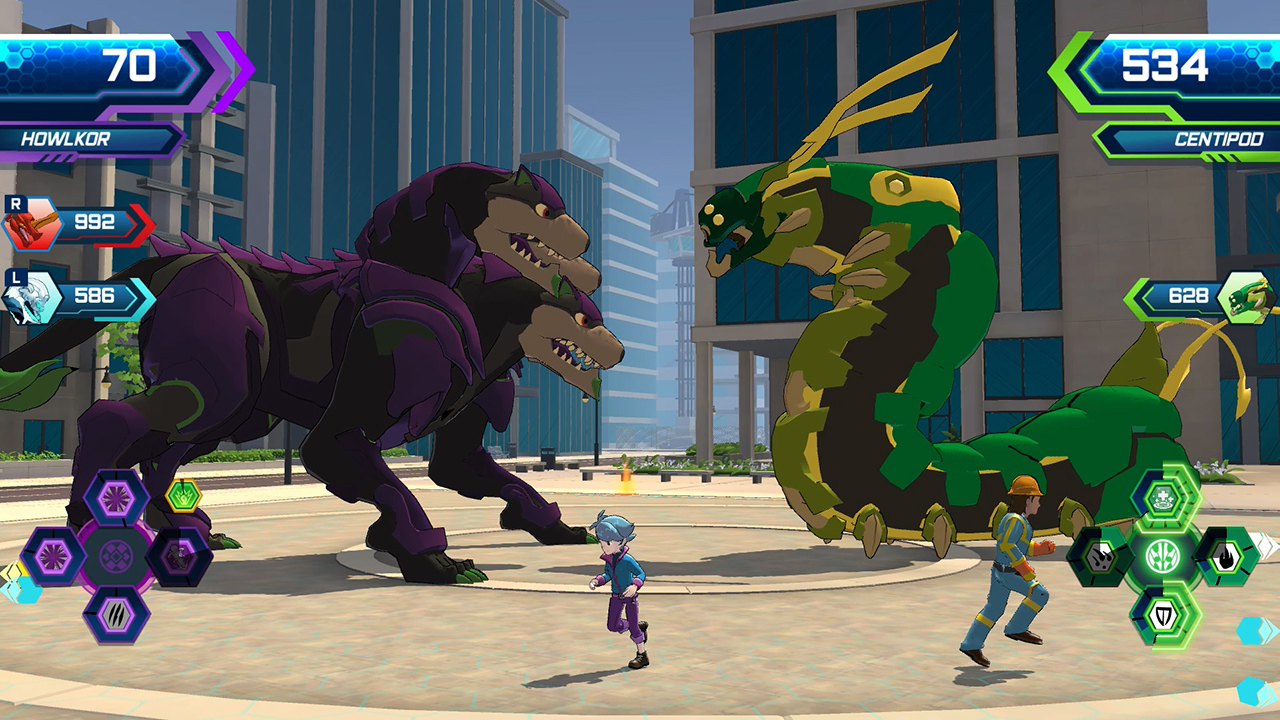 Bakugan: Champions of Vestroia focuses more on an RPG approach, but the RPG aspect itself is used lightly and almost serves as a cover up to bring people in to an otherwise disappointing adventure that feels dead inside and out. Right away you can quickly notice how barebones the game is beginning with the moment you create your character from very little hairstyles and clothing and starting in the middle of a soccer field next to your school playing for the team. There are so few NPCs laid out and the ones that are there provide little to no breadth to the atmosphere or environment of the game, and some are clearly presented side by side in an almost grid-like format that looks almost copy/paste.

Conversations are extremely brief from the get-go, and even everything leading up to acquiring your first Bakugan shortly after beginning the title feels uninspired and devoid of any sort of excitement or meaning. The trailers and talk around Bakugan: Champions of Vestroia want to evoke this sense of adventure with a sort of vibe and appeal akin to Yo-kai Watch or Digimon, but the bulk of your playthrough will end up feeling like a sort of concept or prototype instead of a retail build. When games are revealed like this and emphasize the “work in progress” despite being just a few months away from launch, it’s irksome and holds little merit to the WIP disclaimers when something as large as the world players will find themselves in is expected to change so drastically in such a short time. It didn’t surprise me that, despite the warranted complaints, nothing changed in regards to Bakugan’s lifeless environment.

Animations are rough from the get-go and while the main storyline of quests will keep enthusiasts somewhat occupied, it’s the sidequests that shocked me from how comically basic they were in their design and tasks. I can’t count the amount of times I had to chase some kid running around in circles in a playground and interact with them three times before they’re like “wow, you’re fast” before walking away and clipping through every single asset that comes between them and their designated location as they walk back without a care in the world. Sidequests like this usually will give you B-Coins (used as a main currency to spend in more lifeless and desolate shops) or some sort of clothing. The clothing is especially ridiculous because while it may seem as if there are tons of options, they’re ultimately just palette swaps, and clothing is limited mostly to shirts, pants, and shoes, so no accessories are provided to give your mannequin a little more panache. 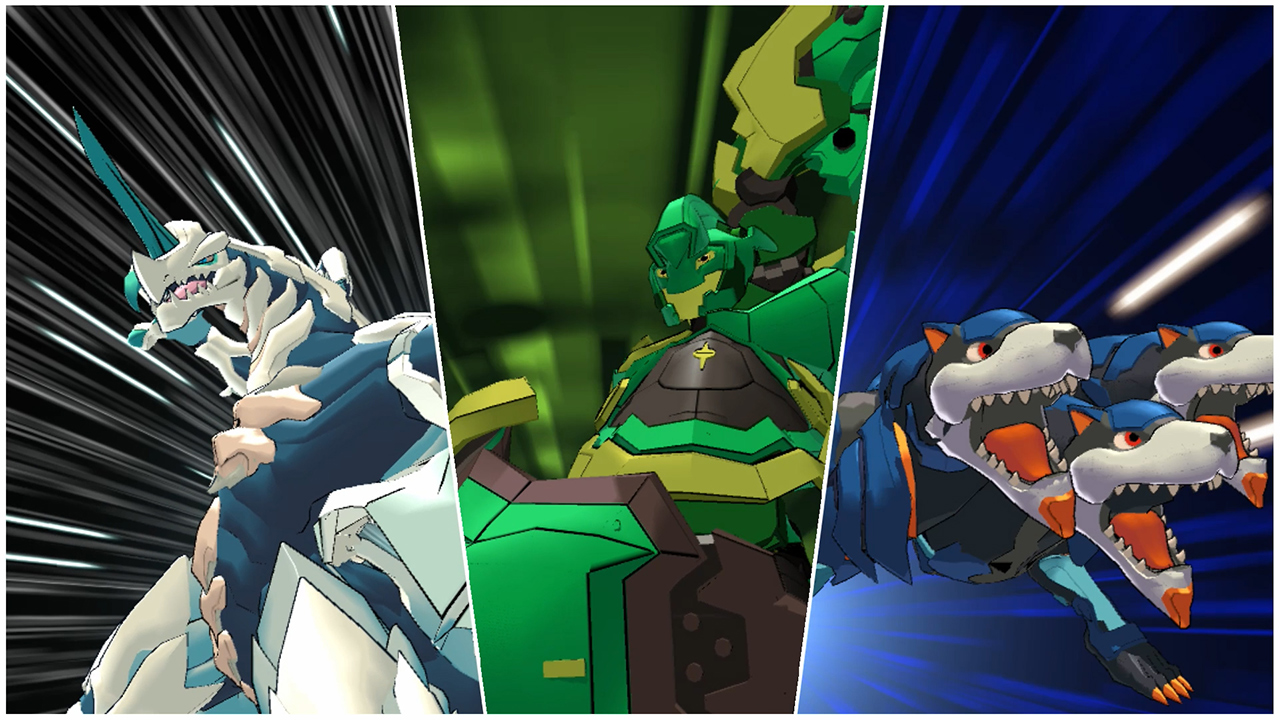 The RPG-lite nature of the game isn’t a bad idea, and it truthfully doesn’t feel like it’s holding your hand compared to something like Pokemon as it’s just generally straightforward to begin with, so things feel mostly intuitive and progression is organic. However, it’s almost borderline offensive when a sidequest can range from a chase to be given a shirt that looks like your other shirts, to having to tell three siblings to come back to their sister because it’s time to go home, only for you to find them and they refuse to follow you back, and once you go back to the sister she tells you “Oh, okay. I’ll just take a nap then since they don’t want to come back – thanks anyways”. At one point I spoke to some kid who asked me to bring a rock – a rock – to his brother at a local shop cause he was too tired to take it to him himself, and another kid who asked me to find cups of coffee laying around all over the city so he wouldn’t get in trouble because he was too lazy to do it, and he would continue to take the credit for it in exchange for yet another piece of clothing that does absolutely nothing for me.

At the very least, Bakugan does have an original story that gives enough incentive, however bland, to keep playing – which is more than most anime game adaptations can say for themselves. But you begin to notice if you’re willing to put up with the vacancy of the world around you that the initial excitement to play for long bursts quickly turns into only being able for so long at certain intervals. Even with a multitude of places to travel through via bus stops spread throughout, there’s really a whole load of nothing to see, with even less to populate it. 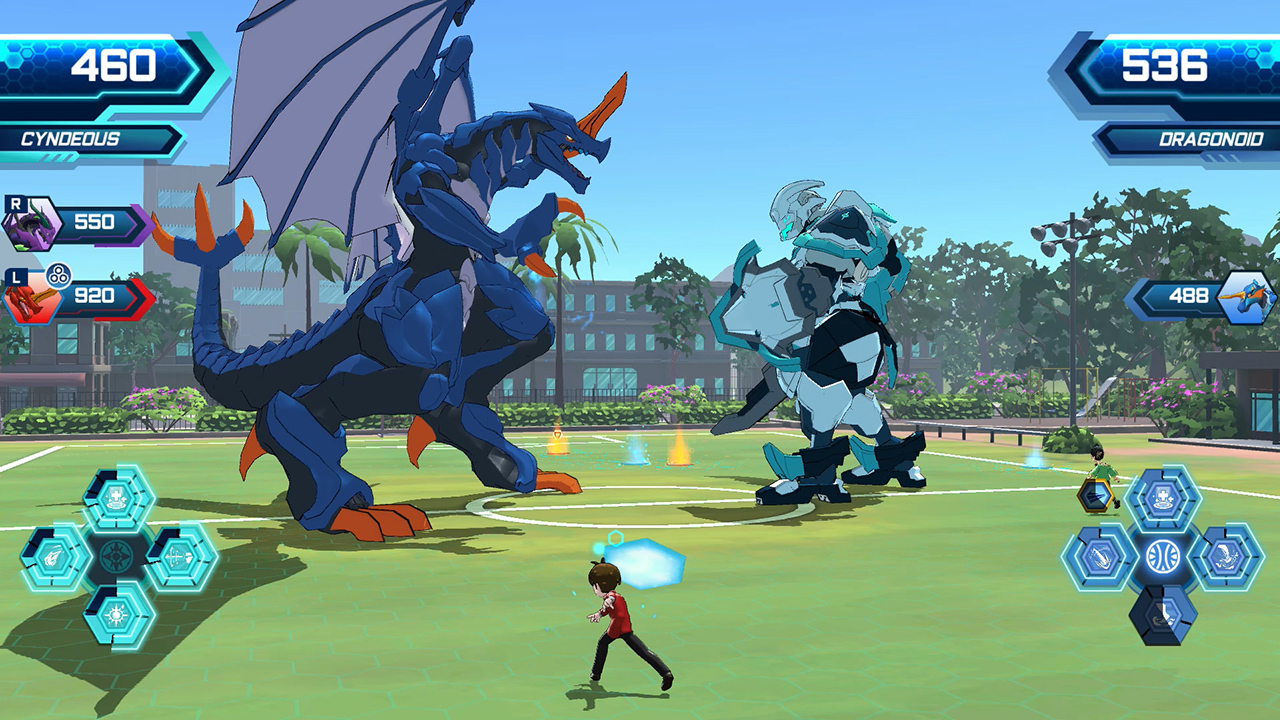 Bakugan runs incredibly smooth on Switch, which it should as there’s nothing to load except for transition sequences which are always approximately ten seconds long. These loading sequences aren’t problematic by any means, but since it’s always ten seconds no matter what, this also means taking ten seconds to walk in and out of buildings. These entry and exit markers are described via door icons on the ground, and similar icons are spread throughout including the bus stops which has an icon of a road to indicate traveling to a different place entirely. It’s a wonder why you can’t seamlessly go in and out of buildings, but at least there aren’t any real performance issues that truly happen elsewhere other than occasional frame drops in battle. Certain sequences – primarily with a move called Drum Wave or any similar action that increases B-power – see the game come to a crawl, and the occasional stutter will happen between running around on the field and dialogue exchanges.

I love WayForward with all my heart, but whenever they’re contracted to do a licensed game, they more often than not fall flat. I truly believe that if the studio had the proper time and funds, they could have had a Bakugan game that would have been the best the property has seen to date. Unfortunately, everything about Champions of Vestroia, regardless of how accessible and faithful it tries to be, gives too much of a barebones experience that seems completely backwards from what we know WayForward is capable of. It has a really cool opening animation and the battles themselves can be fun when they’re properly paced and in working order, but it just feels like too much of a template that’s a proof of concept. It’s relying too much on the name and foundation of the property to sell its units rather than a game that tries to do something new to licensed adaptations, which it could have easily done here.

Bakugan: Champions of Vestroia is clearly aimed at a younger audience and is meant to be accessible to as many people as possible. It never really tries to overwhelm you with how many Bakugan there are or the sort, but for veteran RPG players or those that enjoy anime games in general, the experience feels like a prototype more than anything else – more so than an alpha or beta build – due to the overly simplistic and static nature of the game. Despite having the freedom to roam around, the world is dead with everyone standing around lifeless – barely breathing and barely blinking in some cases – with little to no life in the overworld either like birds and cars driving on the street or even music outside of battle. The biggest highlight is undoubtedly its battles, which give you the sense of magnitude due to the size of the Bakugan, and the online mode complements this further in a stadium with cheering fans, but the story mode itself gets boring and the battles overall eventually become stale with the usual running around and picking up these Bakucores to throw at your Bakugan to give them the energy they need to attack. Overall, Bakugan: Champions of Vestroia will be a great entry point for kids looking to get into RPGs for the first time and don’t want excessive reading in small font followed by complex battle systems, but despite the little fun that I had, this title continues the unfortunate stigma of most anime games feeling like cash grabs than a genuine form of passion for a particular property.