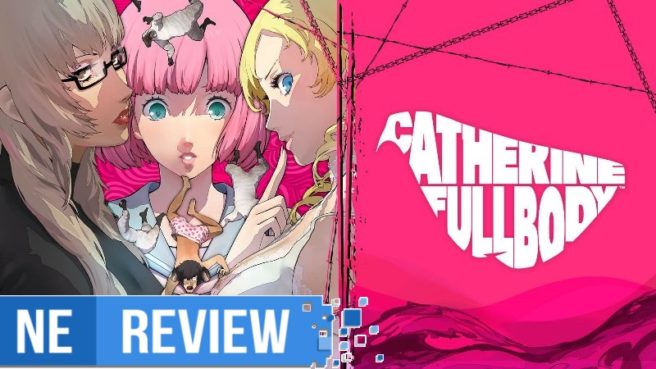 Atlus is one of the most consistent developers and publishers when it comes to providing unique and quality content thanks to its RPGs that have some of the best storytelling in gaming. Interestingly, even though the company is well-known within the industry and avid RPG fans, it still has a fair share of niche titles that always felt like they deserved more attention such as Trauma Center, Growlanser, and Etrian Odyssey – just to name a few. Even though it’s been re-released before, there’s a surprising amount of people I’ve spoken to that have never heard of or played the game, but now Catherine: Full Body on Switch gives the game another spot in the limelight. Fortunately, Catherine looks and feels better than ever before on Nintendo’s console in a way that feels like a perfect fit.

Catherine: Full Body has new story elements and routes with a plethora of additional stages to make this version much more than just a port of the original. An extra enhancement, which brings with it double the fun and triple the nightmares, comes with the inclusion of new character Rin to make Vincent’s life just that much more hectic. Much like the original, Vincent sees himself a little reluctant to marry his longtime girlfriend, Katherine, and while spending time during the main daytime location, a bar called The Stray Sheep, he’s approached by a girl named Catherine. Throughout the game you’ll be involved in certain situations and making dialogue choices that can affect your meter of living a lifestyle of “Freedom” (Red) or “Order” (Blue). This can have an effect on any number of aspects, with the biggest being the ending you’ll acquire at the end of your playthrough, which include new ones specifically to Full Body now with the inclusion of Rin, short for Qatherine with a Q. Clearly there’s plenty of love to go around. 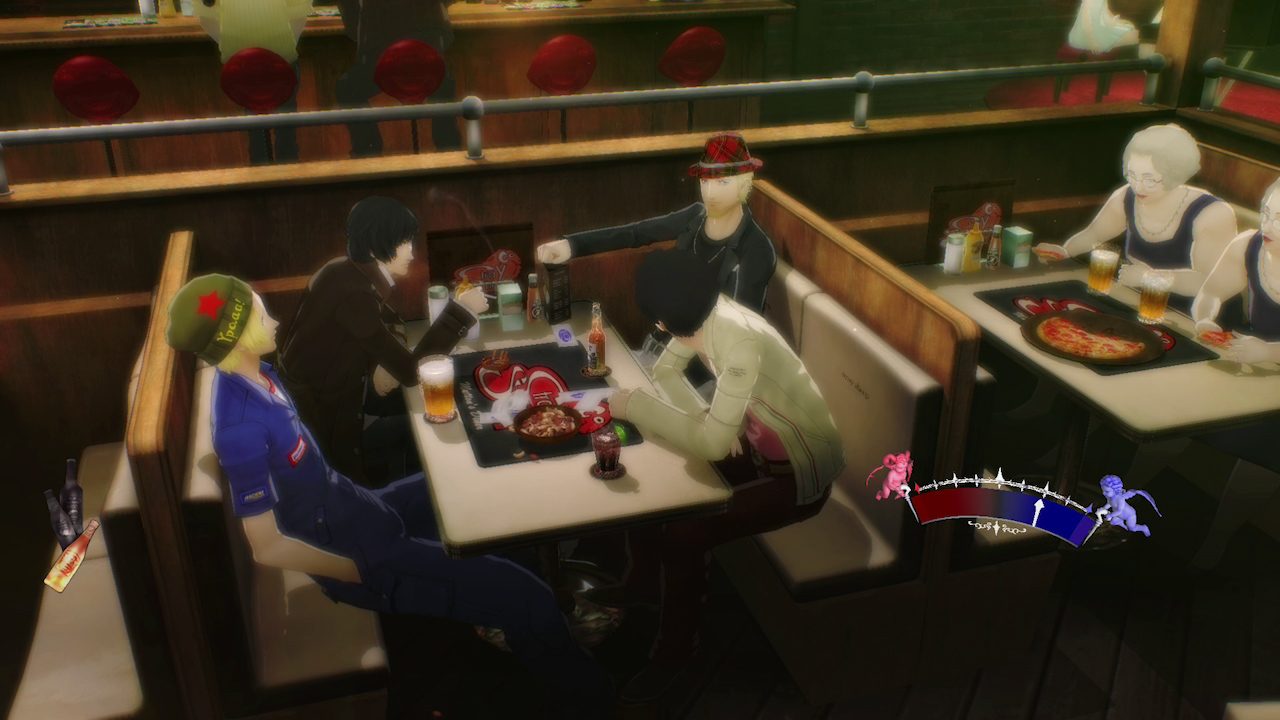 While your daytime segments will serve as a slice-of-life portion of the game that Atlus has virtually mastered at this point, it’s the nighttime sections that can become strenuous and a literal nightmare. You’ll be trying to make sense of Vincent’s love life and figure out what’s happening with these mysterious murders seemingly caused by people failing to climb the tower in the dream world, triggering their death in the real world. When the game initially came out in 2011, it became incredibly difficult at times and grueling to traverse such large scale towers in real-time. However, it was a welcome challenge that also had an arcade flair to it as you wanted to go back and redo the stages in order to achieve higher scores and reach the top as quick as possible, as well as collect any bonuses along the way such as coins and other items that help with ascending towers and dealing with boss fights in a more feasible manner.

A variety of items can be purchased at landing points between each stage that can provide boosts such as being able to jump higher, additional retries, placing blocks where there initially weren’t any to help with elevation, or converting previously immovable blocks into white cubes that you can push and pull like normal. These items make Catherine in the long-run much more tolerable, but thankfully, Full Body has added many more accessibility options when it comes to gameplay to make the experience much more fluid and less frustrating for those that may not be particularly adept to puzzle-platformers. 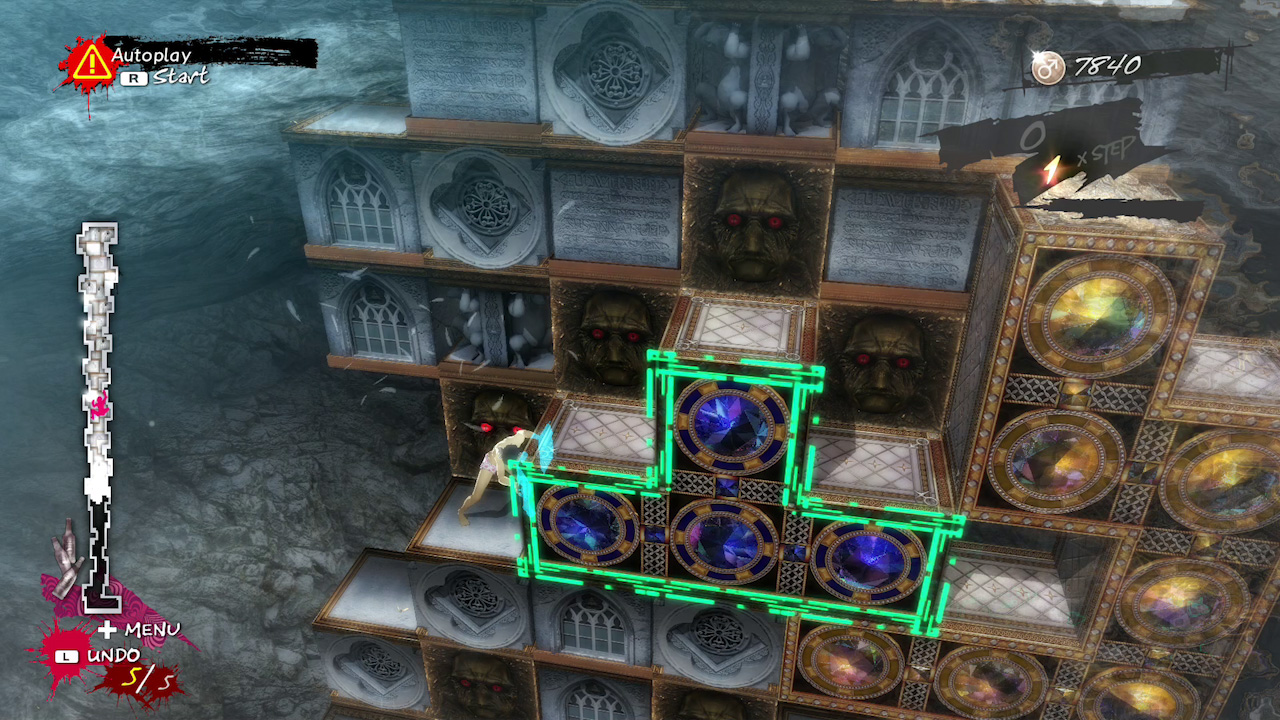 One example of this is a new Safety Mode that’s a step below Easy to make the game most enjoyed as a pure narrative experience. With it, players can play normally like any other mode, however there’s no need to worry about a time limit or the floor beneath you falling, giving players plenty of time to think about what move to take next as they ascend and escape their Nightmare. In addition to more quality-of-life enhancements across the board, Safety also has the ability to Auto-Play as well as unlimited Undos when they want the game to go ahead and climb the tower for them if they ever feel stumped. While some may see this as being way too forgiving, I think it’s great to give players as many options as possible, and with how niche Catherine was years ago, this makes it a lot more palatable to a wide range of players that want to experience an Atlus classic without all of the chore and difficulty in-between. Playing on any mode has no effect on the overall story or outcome of the gameplay, so the game still feels the same at its core regardless of your difficulty preference.

If you’re someone who played Catherine when it initially came out in 2011 and the few times it’s been made ported prior to Full Body’s release, Atlus has also added a new Remix mode when you start a new game that completely changes up the formula and layout from level to level, keeping things fresh and inviting to those that may be a little reluctant to paying for the same thing again. It has this sort of déjà vu feel to it as the story feels familiar, but the levels themselves are flipped on their head. With this new mode, difficulty/accessibility options, smoothed out and polished controls, the addition of Rin, tons of newly made animated cutscenes, reprised voiceover work, new endings, and more, Catherine: Full Body is what most enhanced ports should aspire to be – giving a sense of familiarity but feeling fresh all over again for returning players, while offering new adopters and those experiencing Catherine for the first time a game they’ll never forget. 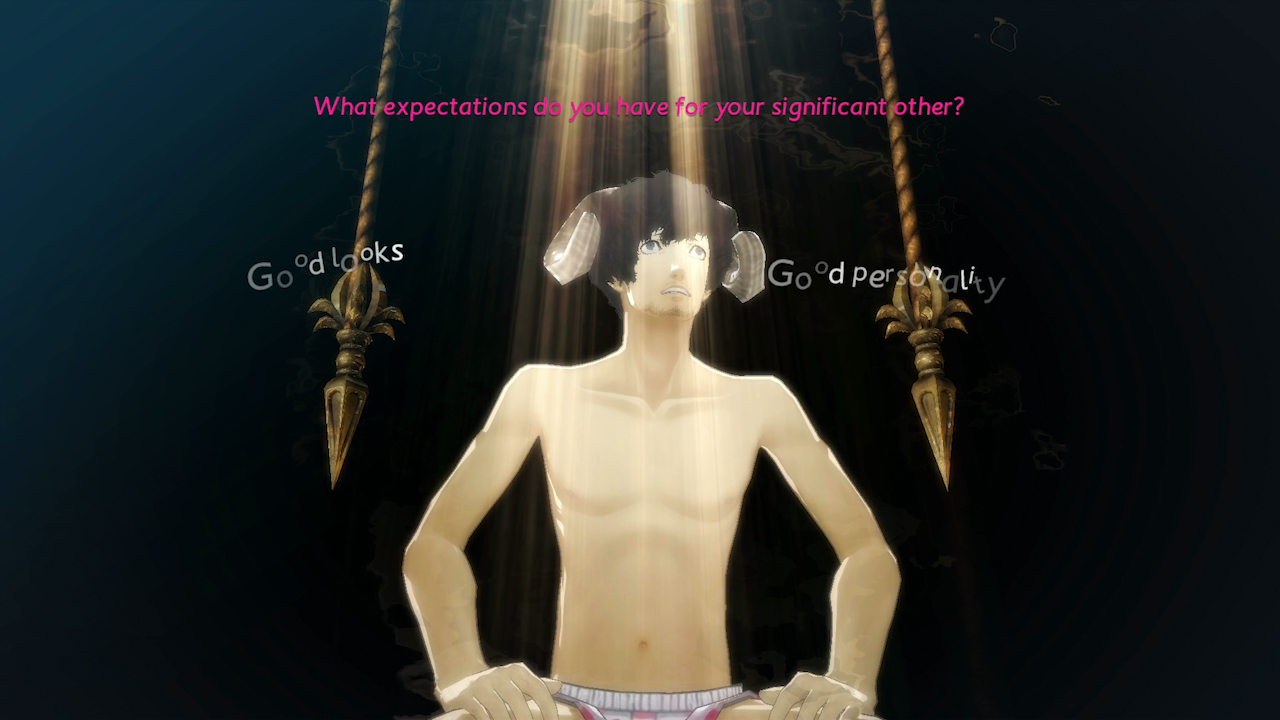 Catherine: Full Body on Switch has breathed new life into a game that’s always been a personal favorite, and the fact that it looks just as good, if not better, than when it initially released on the PlayStation 3 back in 2011 with the ability to play in both TV and handheld mode is a treat in itself. It runs beautifully and both Atlus’ signature flare and art style really pop in and out of gameplay and cutscenes in all the ways the Switch can be enjoyed, whether in its portable screen or on a large TV set, including a really nice adaptation to a 4K TV despite a maximum output of 1080p. Catherine: Full Body retains the essence of what’s made it a niche classic all these years and it feels great to see all of these characters again, not to mention all of the subtleties of a time that once was – including a cute little Teddy plush from Persona 4 sitting on the bar counter. Even if the inclusion of the new Catherine, Rin, doesn’t feel all that important as her romance option isn’t forced upon you and is more of an unlockable route if you decide to shatter your meter of Freedom and Order, the overall package of Full Body and content provided is enough to warrant a double dip for a game that still is in a league of its own and has yet to have any competition for the last decade. Aging like fine wine, Catherine is much more beautiful and enjoyable years later in 2020 than it was in 2011.

To this day, nothing has quite ever played, looked, or felt like Catherine. It gives fans an authentic experience that has that Atlus look and feel, but provides unorthodox gameplay in the form of a real-time puzzler that has players scale a tower as quickly as possible by pulling, pushing, and reorganizing blocks as the floor below them slowly begins to crumble. As both a massive fan of Atlus and puzzle games, Catherine to me has always remained a unique experience that has never been replicated almost a decade later, and the Switch version gives even more to love with its Full Body version providing multiple modes, double the stages, and new story content for a more refined and in-depth experience. To this day, Catherine excels in its gripping story complemented by myriad animated cutscenes and dialogue sequence that keep the narrative consistently entertaining with its humor and supernatural mysteries. Other mechanics and gameplay types such as responding back via texts, mini-games in the bar, and collectibles leave a lot to appreciate and enjoy with your favorite Catherine sitting by your side. Catherine has never felt or looked better as it does now on Switch thanks to its Full Body enhancement, providing a crisp and smooth experience in both handheld and TV mode, making the game even more flexible and desirable this time around. Even after almost ten years, love never fades.