Posted on October 9, 2022 by Dennis Gagliardotto(@LyonHart_) in Reviews, Switch 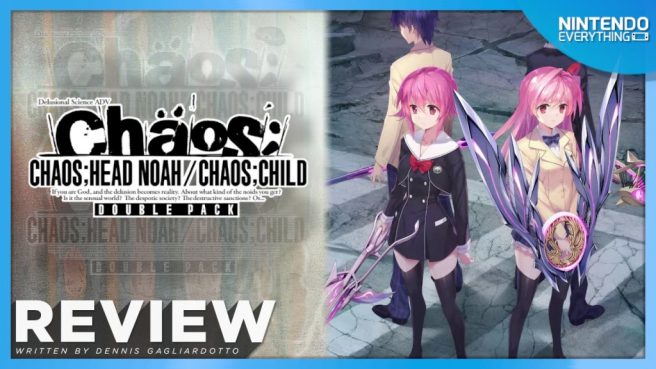 The Science Adventure series by Mages has long been a popular series thanks to the explosive Steins;Gate that captivated audiences over a decade ago, but outside of Japan, it has always seen spotty launch schedules and with entries that aren’t necessarily in chronological order. Though this hasn’t been entirely problematic due to the mostly standalone nature of every entry, one of the most highly requested for some time was the game that began it all: Chaos;Head. With the Double Pack on Switch, we’re now finally seeing Chaos;Head localized for the first time with its updated Chaos;Head Noah version seen in 2009 packaged in with Chaos;Child which had been previously released in the west on PS Vita. As masters of the visual novel genre, Mages has once again provided a package that is must-have for fans of the Science Adventure series, and for those that have yet to play any of them, what better place to drop in than with the original games that started it all?

With two great games and meaty stories here to experience, there’s quite a bit to unpack, though thankfully Chaos;Head Noah and Chaos;Child share a lot of the same philosophies and plot devices that make them feel cohesive and very much a part of each other. It’s not entirely necessary to start one before the other, but canonically Chaos;Head Noah is the introduction to the Science Adventure series as a whole and, timeline-wise, takes place a few years before Chaos;Child does, so to get maximum enjoyment out of this for those who have yet to experience Chaos;Child elsewhere as it had been localized for some time now, Chaos;Head Noah is the best place to start, and it’s also the game with the most enhancements and excitement behind it. Chaos;Child has been virtually untouched for its Switch arrival – which is completely fine. 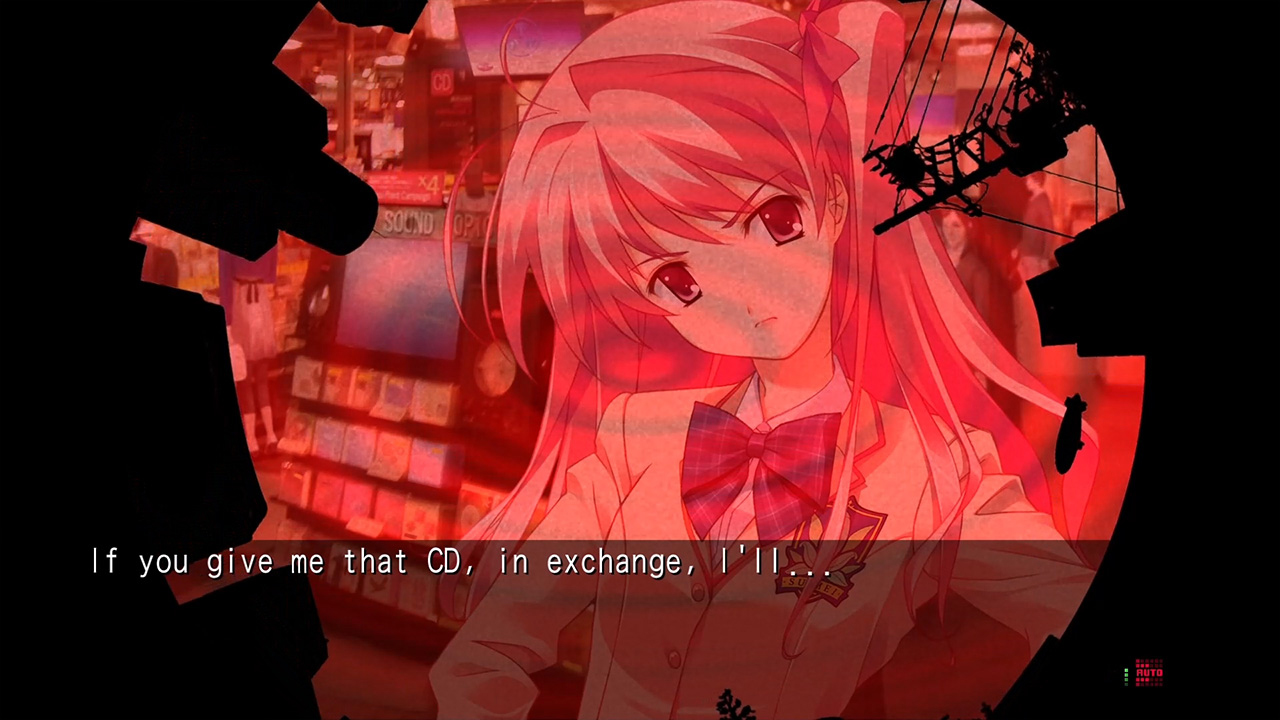 Chaos;Head Noah in particular puts players in the shoes of an introverted otaku named Takumi Nishijou who finds himself caught up in all of the news attractions and happenings of what’s being dubbed as “New Generation Madness”, a sequence of serial murders that have been happening all throughout Shibuya. Even though Taku wants nothing to do with everything that’s been going on as he would prefer to stay home as a hikikomori – despite refusing to believe he is one – he’s continuously stalked and eventually finds himself as a suspect in the case, which then spirals out of control with twists and mind-bending revelations in every corner of the game’s narrative. It’s a story that is predictably complex and takes a lot of attention, much like other Science Adventure games, but it’s easy to grasp it all thanks to it being so captivating, and a big help comes from the glossaries and tips that are provided throughout the game to keep as a sort of notebook of all that’s going on and the terminology that is used.

The only real complaint about Chaos;Head Noah is that the main protagonist, while unorthodox (this is highly appreciated), complains a little too much, and a lot of the dialogue and time spent can feel redundant as Takumi continues to repeat himself as he continuously speaks about his insecurities and preference of 2D girls over 3D. While his shyness and reservations may find common ground with a lot of people playing the game, the relatability of those that consider themselves an introvert becomes overly forced and almost exaggerated to the point where, despite a great story, you almost have to look beyond the fact that you’ll have to view the world through the eyes of someone who complains and moans more than a child who’s received a plate of vegetables, despite a fair amount of character development on his end. 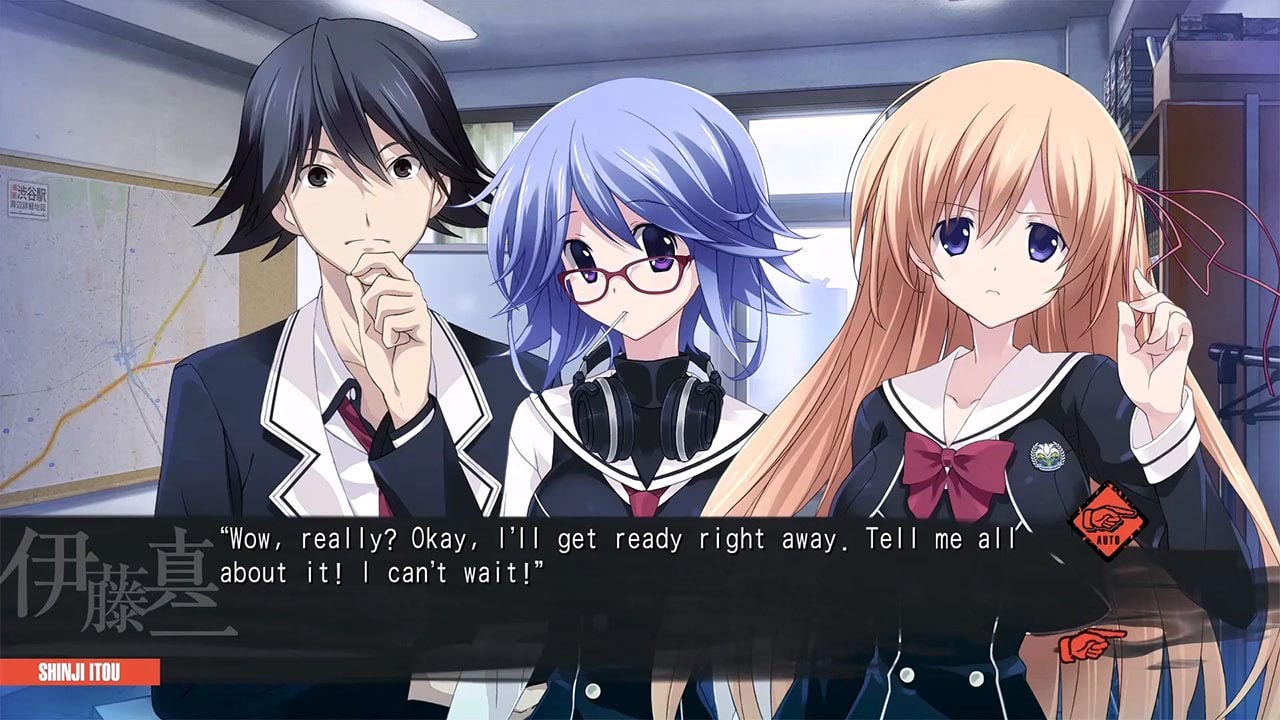 With all the mysteries to unravel, it can feel like it drags out at times, and while the story is exceptionally written with fantastic characters, engaging scenarios, as well as the use of its Delusion Trigger mechanic which serves as a similar gameplay portion to Steins;Gate’s phone trigger system, a lot of the mysteries and events don’t actually reach a conclusion until way later down the line, and it can become a lot to keep up with when everything unravels at once. With more than double the endings this time around in Chaos;Head Noah, it’s just unfortunate that so many outcomes can cause these revelations to add another layer of confusion rather than satisfaction once credits roll, but overall Chaos;Head Noah is such a thrill ride that even with complex finales that may leave many questions unanswered it’s another fantastic narrative in the Science Adventure series that is difficult to put down and well worth the time.

One of Mages’ greatest assets that have always made the Science Adventure games stand above the rest is that their visual novels have such a high level of quality to them that it’s easy to forget you’re playing a game from a genre that doesn’t require much past pressing a confirm button to move to the next line of dialogue. With beautifully illustrated backgrounds, occasionally animated characters, screen warps, and light interactive elements in how the player navigates through its user-interface, both Chaos;Head Noah and Chaos;Child have a natural grip to them that is powerful and almost hypnotic all in part because of how perfectly everything flows into each other, complementing, accentuating, and aiding each chapter and narrative hook. 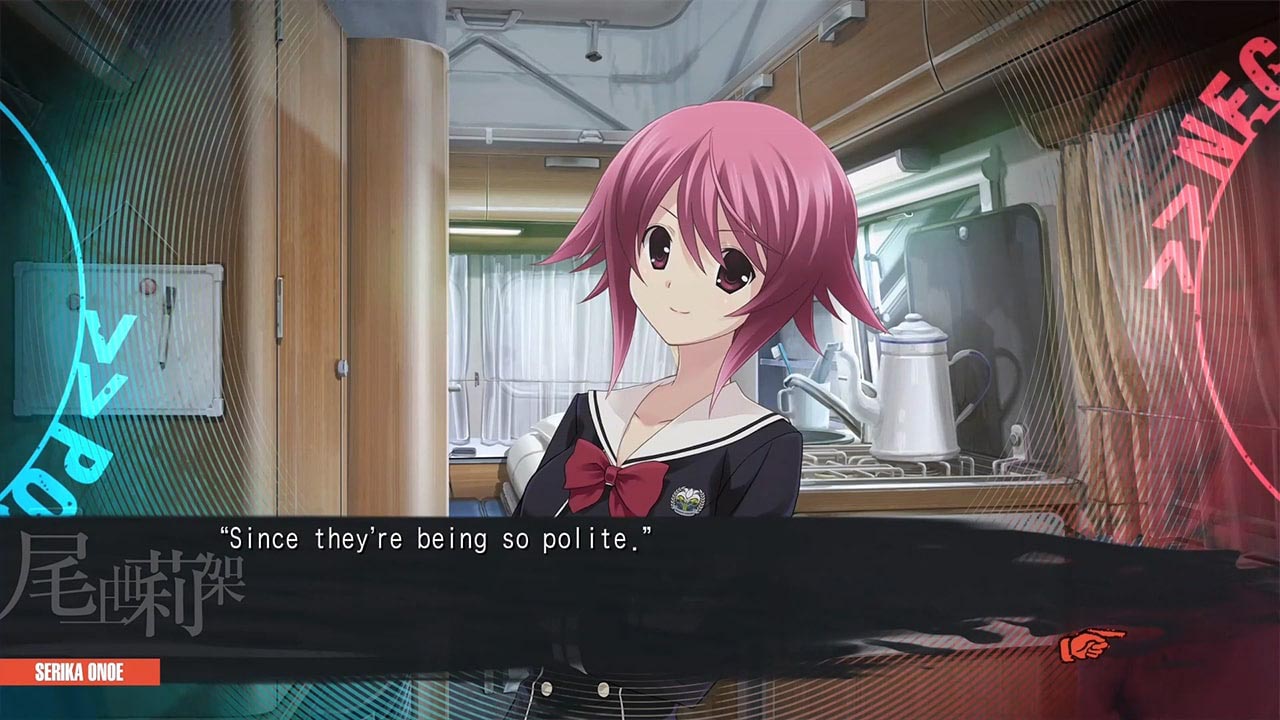 Though Chaos;Head Noah is the true new game in the package for the west, Chaos;Child is nothing to sleep on either for those that haven’t played it. In a lot of ways, Chaos;Child exceeds Chaos;Head Noah in almost every aspect, but this is in large part because of the clear production value put into it after years of success for Mages that has allowed them to make each new entry more grandiose than the last. Taking place years after Chaos;Head Noah, Chaos;Child follows Takuru Miyashiro as he looks into a series of mysterious and twisted murders that are very much alike to the New Generation Madness killings seen in Chaos;Head. Even though they sound as if they’re directly connected, they can be enjoyed in any which order, and seeing as the decision was made years ago to bring Chaos;Child to the west long before its initial outing, this should provide plenty evidence that it’s not needed to play Chaos;Head first if Chaos;Child sounds a bit more interesting to you. Either way, Chaos;Child borrows heavily from Chaos;Noah in terms of structure and gameplay, but the immense night-and-day evolution of its production makes Chaos;Child a sight to behold in more ways than one, making it hands down one of the most impressive and captivating visual novels of all time, especially with the way it shines on the Switch OLED’s screen.

Barring a few spinoffs, the Chaos;Head Noah / Chaos;Child Double Pack would add to the Switch’s library in a way that puts virtually all the Science Adventure games on one system before Anonymous;Code comes stateside in 2023, making Switch the ultimate way to play these wonderfully written titles with some of the best illustrations the genre has ever seen. The way they captivate the player and touch on topics that are equal parts profound and philosophical – regardless of how gruesome and heavy some scenarios can become – make these games feel like a genuine science adventure, living up to their name in a way that few others have been able to achieve. Mages continues to showcase a masterclass of narrative design in a way that innovates and expands the mind, and the fact that this is a double pack for the MSRP of $49.99 USD – $10-$20 less than the industry standard – makes this enticing for newcomers, collectors, and returning fans alike. It’s a must-have for those that have even the slightest interest in this series and Mages’ or Spike Chunsoft’s continued excellent releases, and it’s a whole lot of bang for the buck for what will forever remain one of the smartest and satisfyingly complex stories of all time.

The Chaos;Head Noah / Chaos;Child Double Pack finally brings over the Science Adventure series’ debut title in the west in all its HD glory alongside its fantastic thematic sequel to join every other localized Science Adventure game so far on Switch. Chaos;Head Noah in particular is the shining star in this package, however, as it takes you through a wonderful murder mystery story mixed in with science to create a fantastic package of visual novels. It may have been over ten years to take Chaos;Head Noah to see localization, but it’s been well worth the wait, and adding Chaos;Child all in the same cart makes this yet another irresistible package for the Science Adventure series.

Chaos;Head Noah / Chaos;Child Double Pack copy provided by the publisher for the purposes of this review.