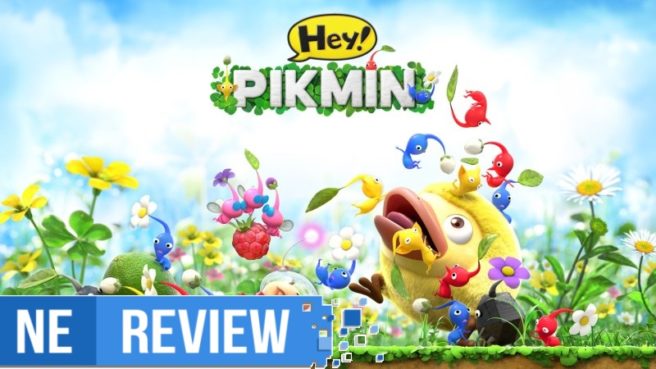 Genre-altering spinoffs are not an entirely new concept in the gaming world, especially when it comes to Nintendo. Sometimes taking an existing IP and changing its genre and play style can breathe new life into a series; other times (more often than not it seems) it can work against the franchise and can leave fans of a certain series wanting a bit more than what was presented. In Hey! Pikmin for the 3DS, we see Nintendo and developer Arzest try and introduce those adorable sentient carrots and our intrepid, inter-galactic delivery man to Nintendo’s handheld. While Hey! Pikmin has plenty of the same charm that the mainline console Pikmin titles have, it lacks the depth and strategy that fans have come to admire the series for.

Our story once again begins with Hocotate Freight’s most valuable employee, Captain Olimar, crash landing on a foreign planet. Upon reaching the surface, Olimar and his ship, the S.S. Dolphin II, find that their power supply known as “sparklium” has been entirely lost during the crash. Discovering that this new planet is also inhabited by Pikmin, Olimar begins his quest to locate and collect enough sparklium to power his ship and return to Hocotate once more. The premise of Hey! Pikmin is not new to the series by any regard, which is a tad disappointing in some respect, but at the same time, it doesn’t really need to be. Olimar’s inevitable crash landing is just a means to roll into gameplay, which like Hey! Pikmin’s story, unfortunately ends up simplistic and repetitive. 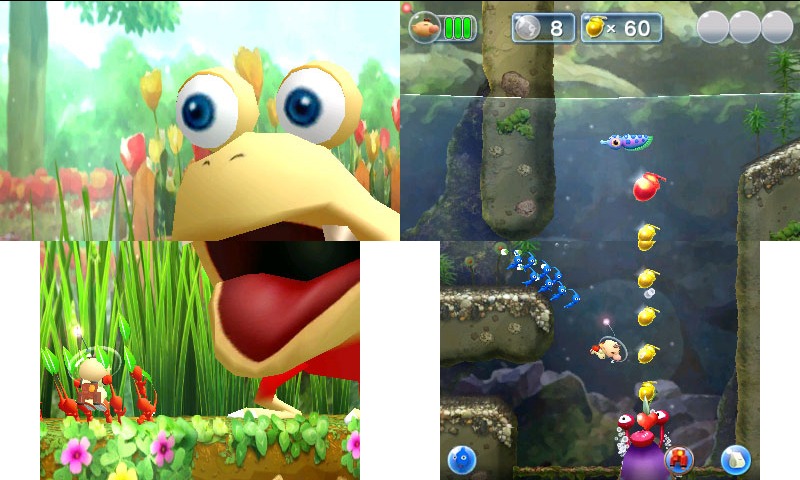 For the first time in the series, Hey! Pikmin introduces 2D side-scrolling gameplay. Players control Olimar using the circle pad, and can throw Pikmin by tapping the touch screen. Olimar also has a new addition to his arsenal: a jetpack that allows him to hover off the ground for a short time to allow him to cross gaps and reach higher places. The addition of the jetpack lends itself to a bit more varied level design, allowing for more verticality and added obstacles. The game is split up into sectors, and each one has about six or seven levels within, some only accessible by finding hidden exits or meeting certain requirements. Each level ends up adding some sort of new concept that sets levels apart from each other; whether it be lighting up dark caves with yellow Pikmin, swimming through levels with blue Pikmin, or hovering up tree branches using the jetpack. However, the level design as a whole ends up feeling fairly simplistic as the game goes on. Finding various caves that lead to new portions of the level, collecting plant pot fragments to make bridges, and climbing vines are common occurrences throughout most levels and ends up leaving behind a sense of repetitiveness. Along with the more simplistic level design, the difficulty of Hey! Pikmin in terms of puzzle solving is fairly low. Puzzles are more often than not very obvious and don’t take more than a few seconds to figure out. It’s a shame, as the main series games’ ability to make players think and plan strategies enhanced the appeal of the series tenfold; which makes Hey! Pikmin feel quite shallow in comparison.

Another way Hey! Pikmin lends itself to the 3DS is through the introduction of the Pikmin Park. In the series’ past, players would raise their Pikmin count by defeating enemies or collecting pellets and turning those into new Pikmin. However, in Hey! Pikmin each level usually contains fifteen to twenty Pikmin, and upon completing a level the Pikmin who made it through with Olimar will return to the Pikmin Park. In Pikmin Park, Pikmin can search for sparklium and treasures on their own time, while players navigate through more levels with Olimar, almost in the style of certain IOS games that need set amounts of time to complete actions. Overall, the Pikmin Park is really just a way to solve the problem of having large numbers of Pikmin on screen at once, and doesn’t add much to the overall experience. It very much feels like a background element that slightly boosts your progress to the game’s end goal.

While the difficulty may not challenge most players, there is some joy that comes with exploring each sector’s various levels. To lend to the 3DS’ lack of power, Hey! Pikmin forgoes the photo-realistic style of the series’ past and instead chooses a more whimsical and almost painting-like art style. Unfortunately, the game ends up looking a bit blown out on the 3DS, with many background textures looking flat and stretched. Another pretty large detractor from the games style is its frame rate. Pikmin is a series known for having a lot of models on screen at once, with each Pikmin being its own model that acts independently from the rest. Unsurprisingly, this doesn’t work very well on the 3DS. When Olimar carries anywhere between 8-20 Pikmin, the framerate drops very noticeably. While it doesn’t make the game unplayable, it certainly does not help the presentation or gameplay. The problem is very slightly alleviated on the New 3DS models, but not enough to fix the issue entirely. 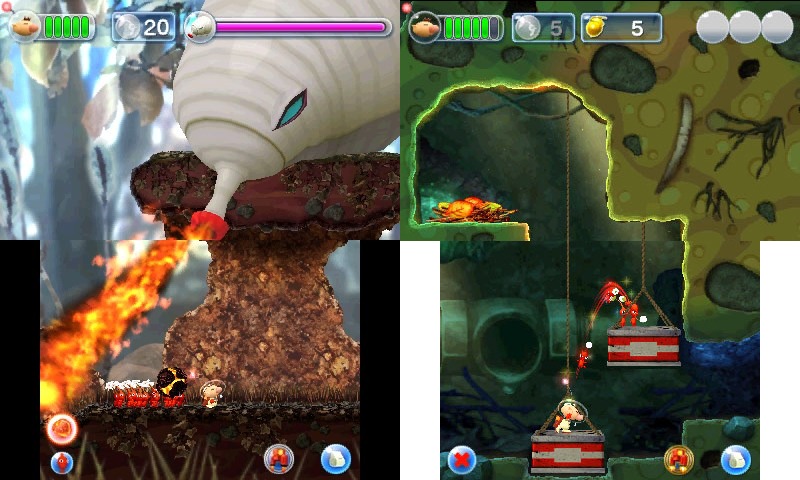 Hey! Pikmin’s biggest strengths lie not in its new ideas or changes to the genre and formula, but in its connection to the mainline games. Fans of the series will find the same charm that oozes out of the mainline series in Hey! Pikmin. Throughout Olimar’s journey, he’ll find various real-world objects that contain sparklium, and once collected he’ll write a brief observation of the object in the Pikmin Log, which is very reminiscent to the Piklopedia or the end of day logs from past games. Nearly every entry is a clever observation on ordinary objects, and hearing Olimar’s alien-like view to these everyday items are incredibly enjoyable to read through.

The soundtrack of the game is also worthy of praise. It takes a lot of what made the mainline games’ soundtracks appealing and adds its own whimsical twist to it. More natural sounding songs have added instruments that liven them up and pair well with the game’s art style. The Pikmin also seem to show more personality than ever this time around, and it’s obvious how much of an influence Shigeru Miyamoto’s animated Pikmin shorts had on Hey! Pikmin’s tone. Throughout most levels, after exiting a cave or tunnel, a short scene will play of a group of Pikmin engaging in some sort of activity, like hiding from various creatures, playing in firework tubes only to emerge covered in soot, or messing with Olimar in some form. These scenes make the Pikmin all the more loveable and are always a nice treat.

Where Hey! Pikmin excels in charm and tone, it falls short in terms of gameplay and design. Levels end up feeling a bit too simplistic and repetitive, and the strategy and puzzle design are shallow compared to what the series is known for on consoles. Fans of Pikmin will find a sense of familiarity in its presentation, but will feel slightly let down when the game’s puzzles leave much to be desired. When certain level’s mechanics feel new and innovative there is a decent amount of fun to be had exploring the desolate planet with Olimar and the Pikmin. However, when levels rely too much on the same elements time and again, it makes playing through them in succession monotonous. If you’re looking for a lighthearted and simple adventure through the world of Pikmin, you’ll likely find some enjoyment in Hey! Pikmin, but players looking for more depth and challenge will end up a wanting more than what’s present. Overall, Hey! Pikmin leaves behind a little too much of what made the series refreshing and appealing in the first place, resulting in a voyage that feels lacking in both challenge and inspiration.

Hey! Pikmin review copy provided by Nintendo for the purposes of this review.