[Review] Inside My Radio

Posted on March 2, 2016 by Jakob Vujovic(@jakovujo) in Reviews, Wii U eShop 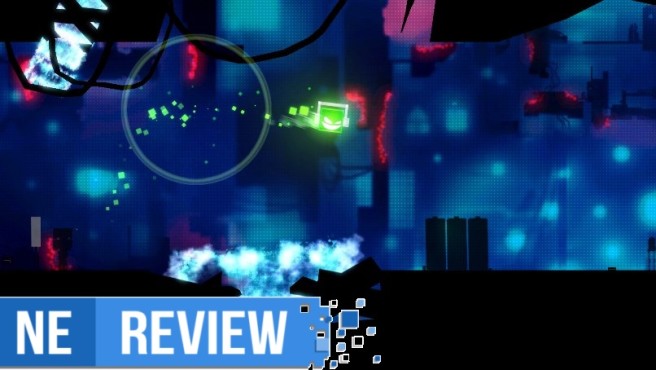 Inside My Radio is equal parts a 2D platformer and a rhythm game, and both aspects are very well executed. Unlike what is often the case with similar titles, this eShop release doesn’t auto-scroll, but instead gives you free movement while syncing your actions to the beat. If you don’t execute your typical movements of jumping, dashing and stomping on the beat, then it doesn’t happen at all.

As expected from this kind of game, the actions you perform in Inside My Radio add to the music. Even normal ground movement will add a subtle little sprinkle of sound that I only really noticed while wearing headphones. When you perform perfectly, it does feel like your rhythmic platforming actions, accompanied by their own musical sound effects, add to the music. The music is also incorporated into hazards in fun ways. One that I particularly enjoyed was timing my actions to avoid getting caught in electric dubstep ‘wub’ traps. 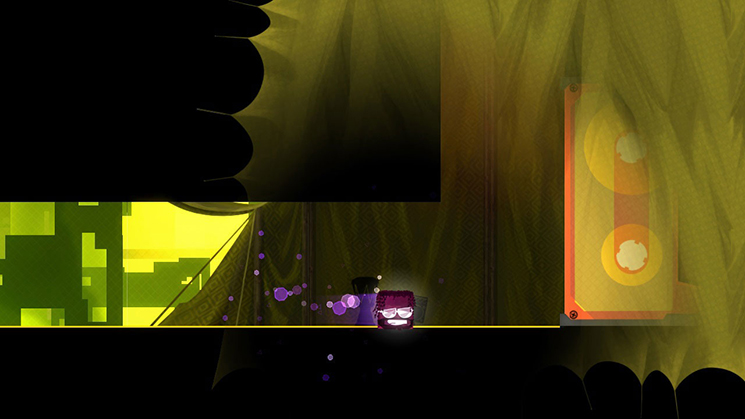 I couldn’t help but think how similar this game flows to something like a 2D Sonic game. In the way that it’s satisfying to maintain a constant momentum in a Sonic title, maintaining the rhythm and flow throughout a level without mistakes here is similarly rewarding. Considering that and the short length – it only took me two hours to complete Inside My Radio my first time through – it feels like a game that’s meant to be replayed for perfect runs through its levels. This is further encouraged with the only other gameplay mode aside from the main story, Time Attack.

Time Attack is a high score mode that gives you a selection of all the game’s levels and tasks you with speeding through them as quickly as possible by picking up extra time for the depleting counter. Each action you do on the beat will give you a certain amount of points, and every time you fail to press a button with the right timing or die (and oftentimes these two happen in sequence), you’re hit with a large points penalty. It’s a fun incentive to become really good at the game’s mechanics.

Even with Time Attack, it still feels like Inside My Radio could’ve benefited from another mode or more than just the eight or so levels repeated from the story mode. The good thing is that each level is very unique and sports its own musical genre so there is plenty of variety even with the limited selection. The game is not necessarily too short, but it does feel like the really solid controls and rhythm platforming mechanics are wasted on so little to do. 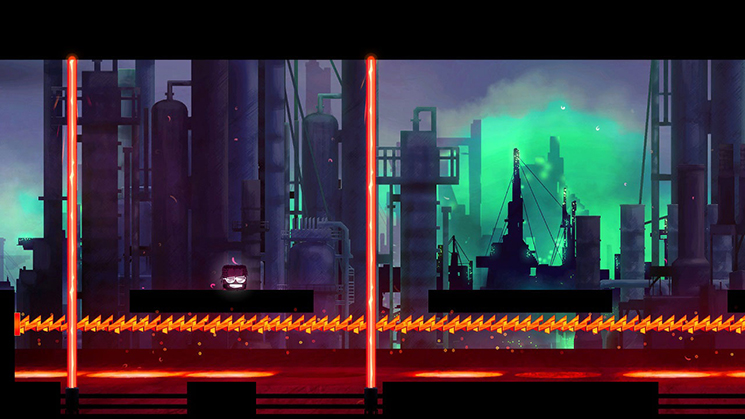 Inside My Radio isn’t a hard game to get through with its instantly respawning checkpoints and a rhythm visualizer that can be accessed at any time by pressing “R”. With it being so lenient, two instances later in the game did stick out my first time through. There’s always a very forward-moving pace thanks to the fast and frequent checkpoints, but during two boss set pieces, anytime I died there would be a black loading screen for a few seconds followed by the boss’s intro for another few seconds. This only adds up to maybe a ten second break each time you fail, but it does ruin the pacing in an otherwise snappy game. Fortunately, these two instances only last a minute or two when done without dying and are only a tiny part of the overall game, though they were jarring when they did come up – at least on my first time through.

Inside My Radio is a really good game. Just be aware that before you go into it, it’s only about two hours long and it’s best to play with the mindset of returning for its Time Attack mode where it feels like the experience really starts. Even then, it can still feel light on levels, although the high quality of what is there helps make up for it. When my biggest complaint is that I would have liked to have more, then you can’t really go wrong here.