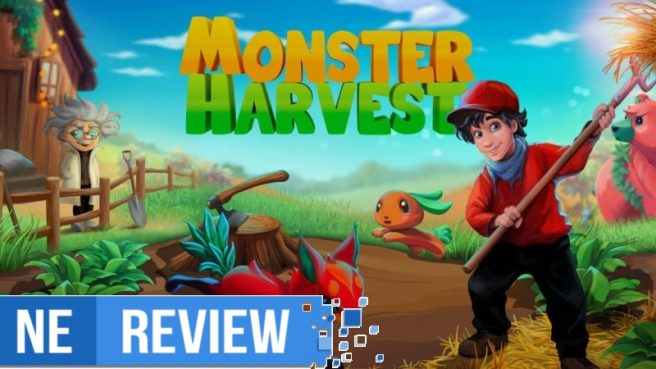 There’s no denying the growth and exposure farming sims have garnered over the course of the last few years. These games have helped inspire and create so many unique experiences that remain both familiar yet refreshing with each new property that comes out that wants you to be invested in their town, city, and world of the farming life. With so many unique experiences continuing to come out, Monster Harvest debuted with the premise of not only living a farm life, but shaping crops into Planimals which serve as a party of protectors you could defend and battle with. The biggest drawback, however, is that the game itself seems to have more cons than pros, and Monster Harvest – which clearly has love put into it – still wasn’t ready for release despite its multiple delays.

Monster Harvest has a unique concept in that has the player not only farming all sorts of different crops in order to build a profitable business alongside your harvesting, but also makes it so they want to collect all sorts of crops in order to see and collect all the unique Planimals that are made available. Crops are pretty much grown into three different types of itself: 1. The normal crops, 2. Planimals, and 3. Livestock. Having multiple capabilities for each seed available as you plant them and choosing which direction they go by offering them slimes which serve as a sort of fertilizer keeps the farming portion of Monster Harvest fresh and not as repetitive since you can constantly switch it up rather than repeating the same routine when waking up every morning. 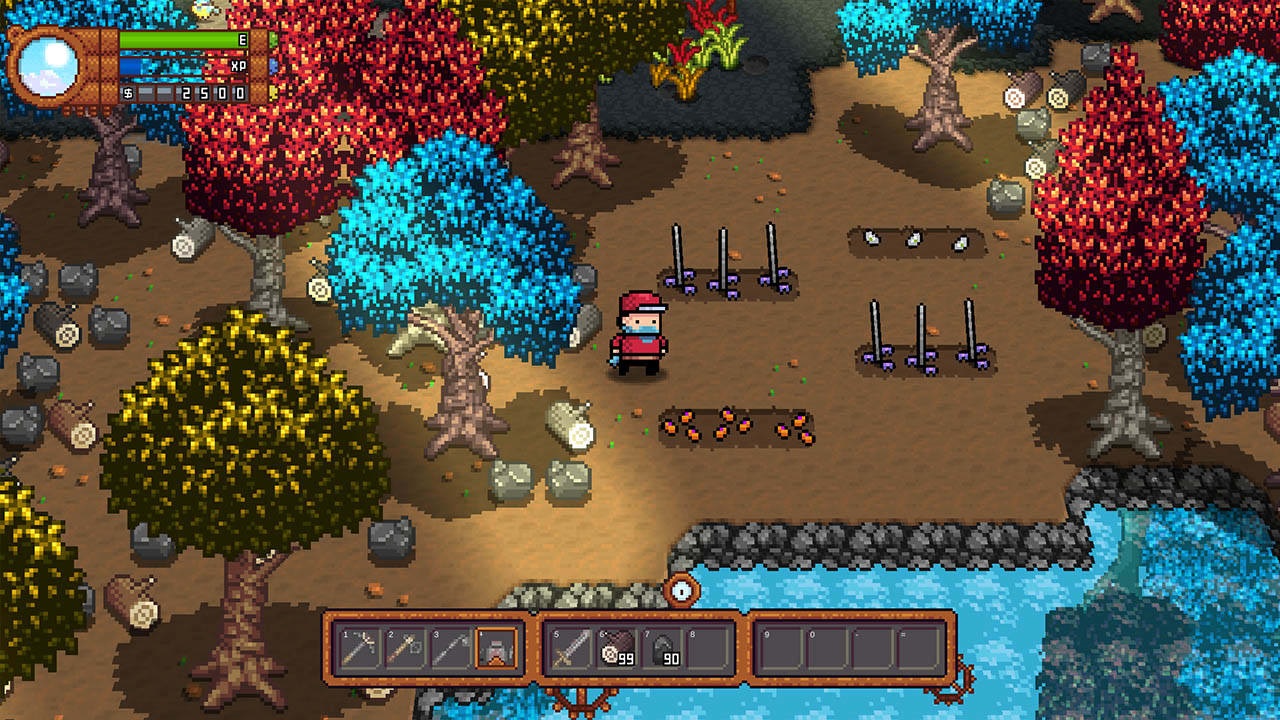 The concept of Monster Harvest is one that undoubtedly has it standing out amongst the other farming sims that have been made more abundant as of late, but its biggest feature – the Planimals and the ability to use them to fight and train them in a Pokemon-esque manner – is somehow one of its biggest drawbacks and one of the least fun parts of the game. After raising the multiple crops you’ll have throughout each season – in which there is dry, wet, cold, and even dark seasons – you’ll frequently find yourself heading into a procedurally generated dungeon which acts similarly to the mines in Stardew Valley. Within these dungeons is where you’ll find a large amount of ore and minerals which help with crafting and progressing through Monster Harvest’s months as you bring your farm back to a healthy and more presentable state. Crafting items can include any number of things from the usual chests and scarecrows to furniture and other crafting materials that would otherwise normally be rather expensive to buy outright.

Gaining materials within these dungeons, however, isn’t the issue, as the actual mining is straight forward and so is making it down through the levels each night you head out to it (you can only go into the dungeons at night). The biggest problem within Monster Harvest lies within its battle system with the Planimals that feels like a quickly thrown together concept rather than anything that was properly thought out. Yes, Monster Harvest’s most standout feature, its monster training and battles, is one of its less appealing features out of everything Monster Harvest does have to offer. 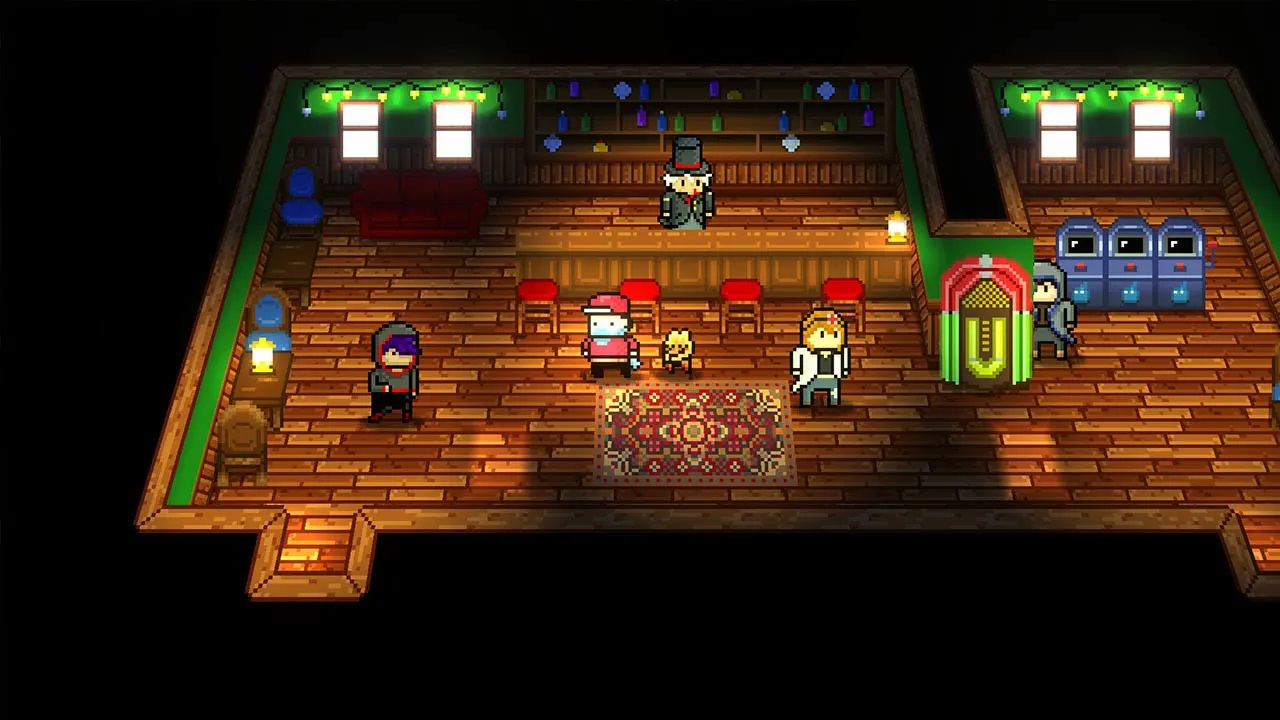 The dungeon is also one of the scariest places to go, and not because it has a creepy atmosphere and music, or because of what you could lose going in there, but simply for the fact that the dungeon is almost always breaking in some capacity one way or another. The amount of soft and hard resets I had to do because Monster Harvest refused to function properly at the time of this review already feels preposterous, as I frequently found myself loading into a new screen or level of a dungeon either clipping into a bed of water where I was left stuck within it or spawning out of bounds entirely. To add fuel to the fire, even when things seemed like they were working fine, there were a few times where I found myself going into battle with the inability to press anything, or even after a fight where the battle screen would still be in full view despite me hearing my footsteps from having control over my character again. On other occasions, at least twice there were instances of me losing a battle with my Planimal, the screen fading black like it normally would post-battle, and when spawning back at the infirmary (you end up here after losing all your Planimals as you’re not allowed to go into the dungeon alone) the camera had gone way off to the side of the building and I was only able to see a small strip of the side of the infirmary. Not only that, but while the camera was still on the side of the map, I couldn’t even leave the building, forcing me to quit the game once again and restart the day.

The most infuriating part about all of this is that since there is no autosave and Monster Harvest only decides to save at the start of each day, all your work that you’ve accomplished for the day is all gone. In addition to the crops at your farm, you’ll find stuff all over the world of Monster Harvest to pick, sell, and gift as well, but these are always changing in type and availability, so the days where I would happen to get a lot of the more high-selling items and feel good about finally making some money to unlock a new building or area of the game, it all ended up being for nothing as one way or another I’d end up having to reset in some fashion. It ended up making me having to change my strategies and having to dedicate a day to sleeping into the evening right away so I could go into the dungeon and get materials that way. Days would either end up being “farm-only” days or “dungeon-only” days rather than being flexible with whichever I felt like doing whenever I wanted, only so I could avoid yet another reset. I’m not sure why so many farming titles insist on only saving during certain times of the day instead of auto-saving frequently or allowing for manual saves, but it just ruins the entire mood of Monster Harvest in more ways than one. 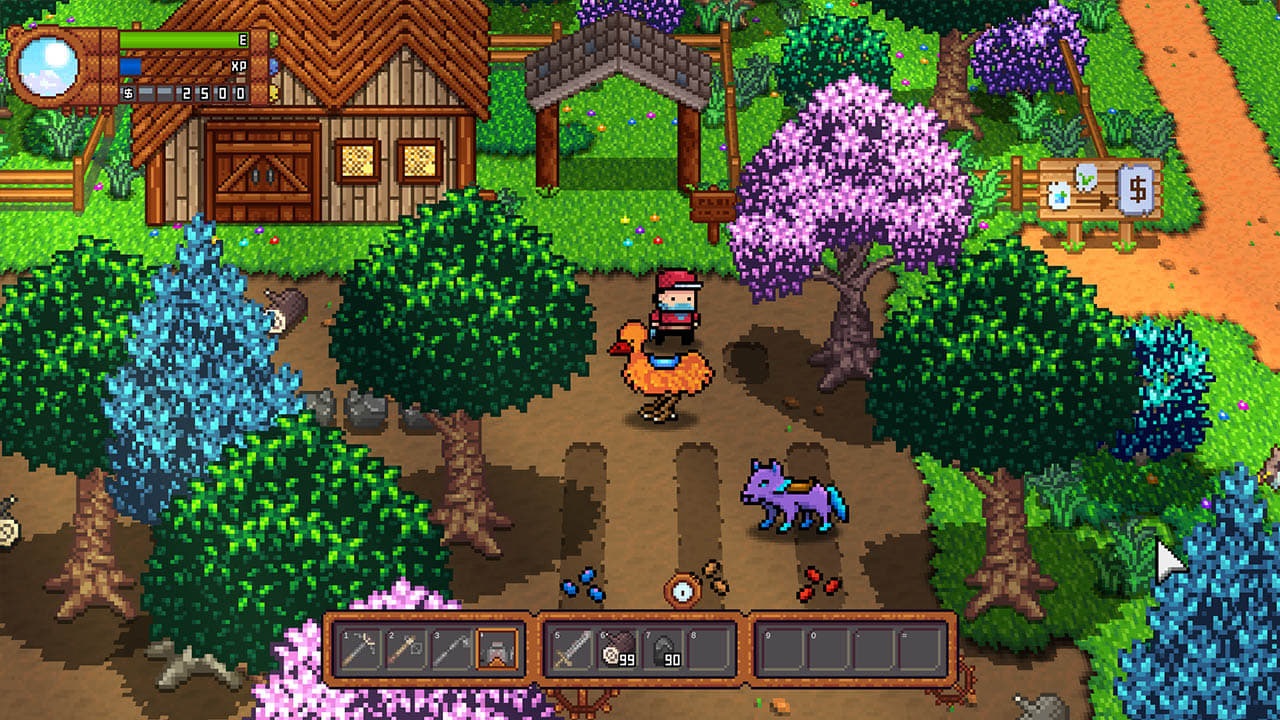 Thankfully there should be a day one patch addressing a good portion of these bugs, but I’m not sure how much can be salvaged before the damage is done. It’s no doubt that Monster Harvest needed another delay, and even more frustrating is that here is yet another multiplatform Switch title that’s releasing on it “just cause” even though Monster Harvest is absolutely an incredible fit for the system otherwise.

Monster Harvest has enough charm in it that even if you’re indifferent towards the odd blocky style of its characters, the environments, sound, and economy is all fair, though the lack of attention to detail when it comes to events and relationships is yet another one of those things that takes a great idea, world, and atmosphere, and hinders it even further. It’s one thing to be riddled with bugs, but there are just so many parts within the game that feel unfinished or careless that the repetition of the day-to-day life of a farmer tends to get old quick, and none of the townspeople have any real soul or charisma to them to warrant talking to them on a daily basis unless you’re gifting them something for rewards. Tasking yourself with completing requests on the town board which works similarly to the community center in Stardew Valley is something you can complete rather quickly, and rather than unlock exciting new features, the bulk of what you’ll get is just more efficiency with your tools so that they consume less stamina. Walking is a bit on the slower side, but thankfully mounts can alleviate a lot of the walking you do from area to area, though sometimes walking into a building and leaving can cause them to disappear, and there’s no way to whistle for them if you’ve walked off a decent distance to pick up more materials as you can’t do that on a mount either — they’re strictly for travel.

There are just a lot of quality of life elements that are missing as a whole in Monster Harvest that end up resulting in a monster headache, and it’s unfortunate that a game that otherwise shows promise and can give a decent amount of enjoyment and relaxation ends up becoming one that consistently feels like it’s fighting against you rather than other Planimals. From laggy fights to a broken inventory, bugs galore and performance issues, I have restarted Monster Harvest more times than any other Switch game I’ve ever owned since the system released years ago in the last two weeks I’ve spent time with it, both soft and hard resetting, and my patience and tolerance has reached its peak.

Monster Harvest is in an unfortunate state where despite the promise and love that no doubt a lot of people will find in it, the amount of bugs and overall broken nature of the game is egregious to the point where something that would otherwise exude charm and pure enjoyment ends up being a frustrating experience. From save corruption to spawning out of bounds to camera locks, items not working properly, clipping, a poor inventory UI, soft locking, a broken dungeon, input lag, and a lack of prompts (particularly when wanting to go back to the main menu which sits right next to the resume option) that are part of a much larger list of issues, Monster Harvest ends up feeling like it’s still in a sort of alpha state more than anything else. To release on such conditions on consoles and have consistent issues across the board makes me feel that the team undoubtedly would have preferred to delay the game again, and maybe in a way they should have, but what makes it worse is that a game like this struggles the most on Switch making it feel like an afterthought. Even the battles themselves – which make Monster Harvest stand out from the typical farming sim – don’t feel particularly thought out and, if anything, are a bit of a nuisance, which likely isn’t what you want from the standout feature of a game like this. Instead Monster Harvest at launch leaves you with a poor recreation of Stardew Valley that doesn’t have even an ounce of the same depth, scope, or long-lasting appeal. If Monster Harvest was in working condition, there would be a lot more here to enjoy, but simple things like not being able to escape from battles, microscopic text, and unoptimized management and controls make Monster Harvest an amateur disappointment.