Posted on February 25, 2018 by Vincent Ward in Reviews, Switch 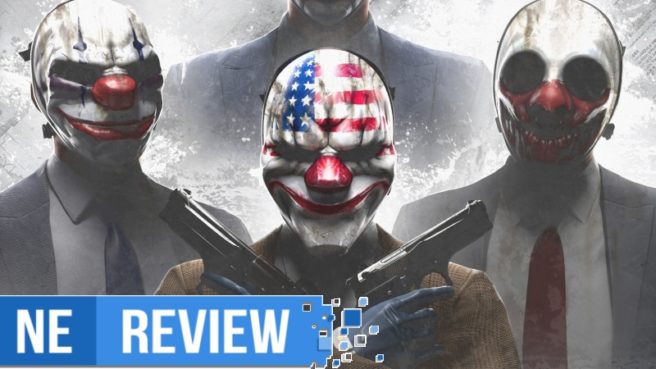 Payday 2 originally released in 2013 on most major consoles of the time, all except for the Wii U. It only took a short five years for it to eventually come to a Nintendo system, and so we have Payday 2 on the Switch. Over the past few months, we’ve seen some excellent ports of games onto this system, so it seemed the recipe for perfection was falling into place for this team-based heist shooter. Unfortunately, something that should’ve been super sweet ended up just a little too sour.

Right from the get go, you should know that in terms of the content within the game, Payday 2 for Switch is around half a year behind the PC version and a little less than that compared to other consoles. The game has been regularly updated with new heists, masks, characters, weapons, and more since its release meaning that in relation to the other versions, it’s actually pretty lacking. The developers have said that this content is on its way and eventually the Switch will catch up, but there’s no word as of right now on how soon that’ll be, so take with that as you will. On the brighter side of things, the Switch version has the temporarily exclusive character Joy who specializes in hacking and the technical side of the heists. She dons a mask resembling the Switch’s Joy-Con controllers, its actually pretty neat.

At its core, the gameplay of Payday 2 is actually pretty fantastic. It works as a four-player cooperation-based heist game. Through sneaking and taking down guards, hacking into systems, and making that perfect getaway drive, you and your teammates will have to conquer whatever task that mission assigns you. When you begin, you’ll just be finding information hidden in some office buildings, but on the other side of the spectrum of missions you’ll be blowing up the highway to fall under and drive away in luxury cars. The expansive collection of different mission tasks is appreciated, and they make sure to change just enough so every time is different. I’m not much of a shooter expert, so getting to take the back wheel and use my time to hack into systems to help my team while they did the dirty work is just exhilarating. 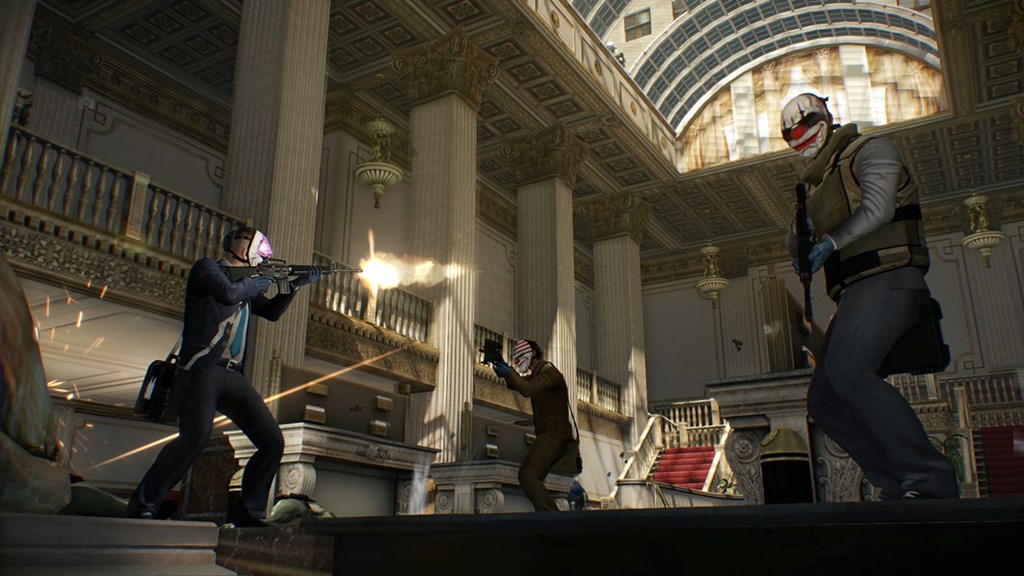 But within its most promising features therein lies the absolute biggest problem with Payday 2, and specifically, the handling of the port: a tremendous lack of successful communication and connection. The Switch app which poorly solved voice chat problems in previous Nintendo online-based games (primarily just Splatoon 2) isn’t made functional here, forcing you to use outside communication apps such as Skype or Discord. It won’t take more than a couple of games playing online to realize this is almost as useful as pointless, because when three of you split only to meet up at the same task when there are dozens of other things that need to be done, you can kiss your win goodbye. There really is no excuse. You can’t play chess without a chess board, and you can’t play Payday 2 without communication.

Now to the topic of connection issues, as my experience has also been a heavily mixed bag. With Payday 2 getting released to the public, this has happened far less frequently, but still enough to be something that needs to be addressed. Playing online will be, without a doubt, your most taken advantage of mode. You’ll use Crime.net to view a map filled with locations and lobbies, and you just select and join a game at your own leisure. However, what my time with this mode has showcased to me that this is almost never just as easy as see a game, select it, and join. Often times I was forced to wait upwards of 15 minutes twiddling my thumbs as I waited for the game to let me join, only to either be kicked or join a game as their making their final moves and I’m left to be shot down.

This is especially frustrating as you can’t exit games as they’re trying to load, so once I logged into one, I’d have to wish my 15 minutes away and hope that it’s worth it in the end (it rarely was). Whenever I found myself having repeated issues, I would immediately change games to Mario Kart 8 Deluxe just to verify it wasn’t just an issue on my part, and every time I was able to connect to a race within seconds. Without Crime.net being functional, my only other option would be playing the single player missions, and whatever you do, you should absolutely avoid playing alone. In context of my connection problems, it’s still a possibility that there’s some sort of issue on my end. However, I’d be remiss if I didn’t bring up these problems that plagued my experience heavily. 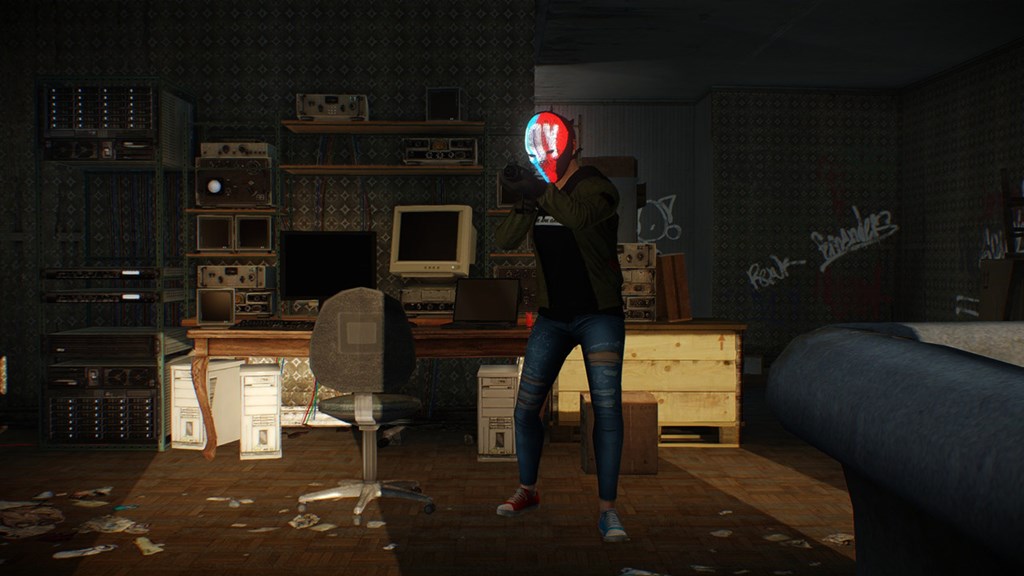 As for single-player, unless you’re using the solo experience as a tutorial, these missions are absolutely not worth playing. Heists are clearly based and built on the concept of four players communicating, but the A.I. is too useless to even act like there’s any shred of value in this mode.

Both docked and undocked, Payday 2 looks pretty nice. The frame rate remains steady in both modes, but does occasionally tend to drop when lots of things are beginning to happen on screen. The places you explore and loot have enough visual variety to make navigation simple, though most areas involving the inside of buildings eventually just became this blur of different shades of white and bland work desks which didn’t give me a lot to work with. On the flip side, this game’s soundtrack is absolutely electrifying. So perfectly does it illuminate and hype up the huge moments in each of your heists, and at some points it almost seemed like an award in and of itself. Watching the S.W.A.T. team come piling in while me and three buddies made the getaway drive to pulsating electronic is insane as hell. When it works, it works.

Finally, touch screen and HD Rumble functionality have been added in. However, the touch screen adds nothing more than more useful menu navigation. HD Rumble actually does go a long way in adding more depth to the overall visual experience, as the rumble going to the rhythm of the music that blasts in your ears helps keep your heart racing.

Games such as Payday 2 are very welcome additions on Switch. It’s just unfortunate that this port was handled poorly overall. What really works is when you have four smart people tactfully weaving through objective to objective and making successful heists, but with everything involving the Switch port, it’s almost as if everything is playing against your odds of letting this happen. Maybe in due time, when the updates are all caught up and voice chat is added, will there be something much more worthwhile in this title, but as of right now, Payday 2 is cashing out to a less than favorable outcome.

Payday 2 review copy provided by Starbreeze Studios for the purposes of this review.