Posted on February 12, 2017 by Jakob Vujovic(@jakovujo) in 3DS eShop, Reviews, Wii U eShop 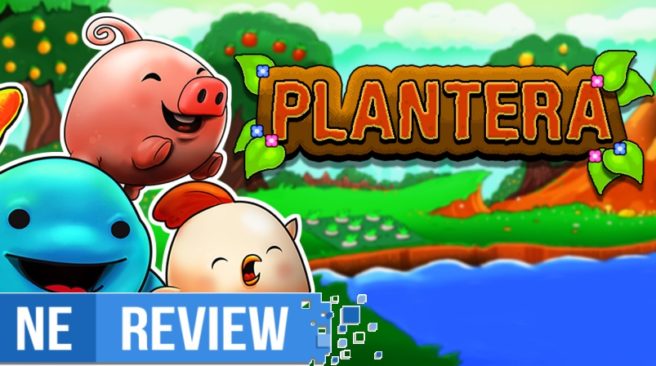 Have you ever played Cookie Clicker or one of its hundreds of clones? Planetra is one of those idle games, now on your Wii U and 3DS. You harvest fruit, berries, eggs, manure – the whole gambit of things that come out of a farm, for gold. More gold means investing more resources into the farm. More resources yields larger quantities of produce to sell for yet more gold. Watching numbers tick up at a growing pace then releases dopamine in your brain.

If the genre of idle game wasn’t an indication, these are largely passive experiences. Plantera takes place on a 2D plane that is divided into even grid spaces. On each section there are ground crops (like carrots), a bush, and a tree. The only input that’s required is the initial planting. Beyond that, chubby little blue farmhands will take care of harvesting. If you want, you can tap the harvestable crops on the GamePad to move the process along, or tap at wild animals who occasionally trample through to steal an insignificant piece of food. After a while all the tapping gets exhausting and you just want to watch your exploitative laboring of blobby blue farmhands on the TV screen, occasionally giving input for farm expansion or a new type of crop. 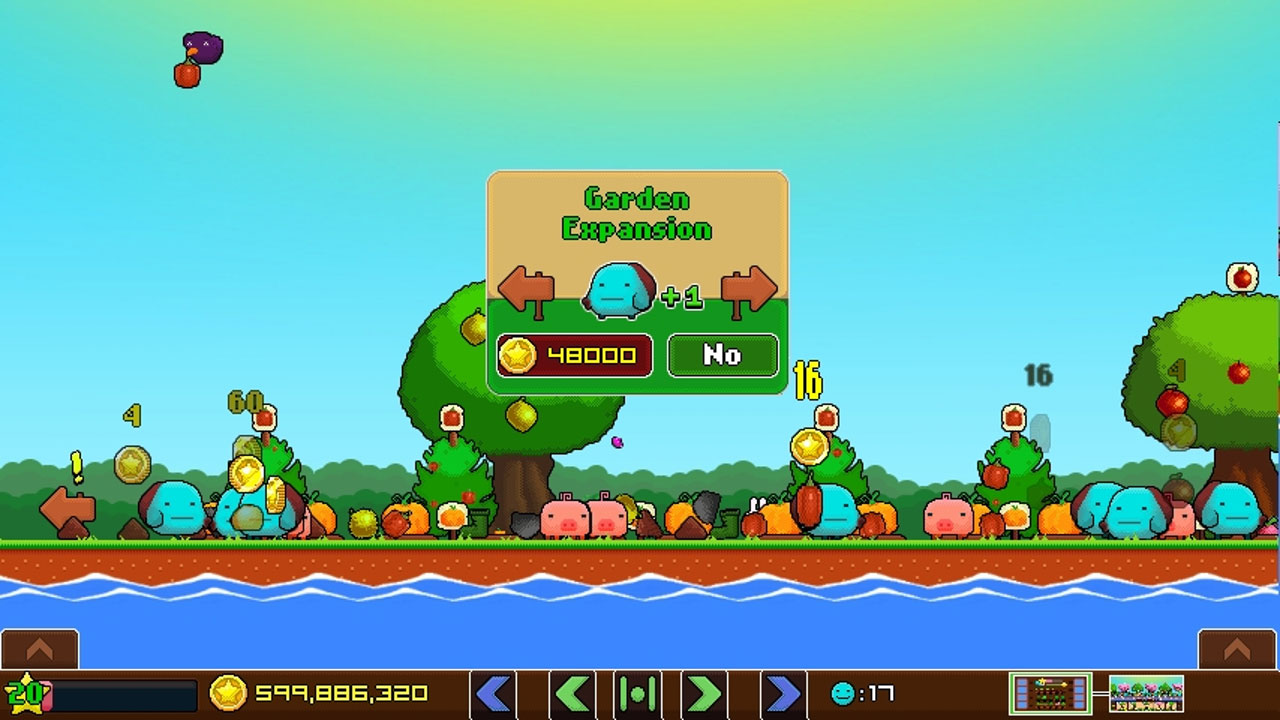 Sitting with a glassy-eyed stare at the chaos of produce piling on the ground and the scurrying blue harvest babies, watching profits tick up, you’re afforded time to think. The mind wanders to the ethical implications of the unhinged capitalist gusto on display. Unlimited growth on a limited planet can’t be sustainable, can it? We’re all trapped in a consumerist whirlpool and there’s no way out but to get swallowed further in. Humanity will eventually have to leap from Earth, our ever-degrading cradle. When I see the achievements list comprised of tasks like “gather 1 million gold” and “scare away 500 birds” I become acutely aware of my own death. Eventually Plantera leads you into thoughts of existential dread. Memento mori.

Really, this is a competently-made clicker game. There’s not a lot to say.

If you like Cookie Clicker or any of its hundreds of variants, then Plantera is fine. For as simple as this style of game is, it’s well made and feels like some effort went into polishing it, which is all you can really ask for. If for whatever reason you want to pay for a game like this on your Wii U or 3DS instead of playing something like it on a computer for free, then this is adequate. Just know there’s not much of a game here – it’s just a number-climbing dopamine delivery system.