Posted on March 15, 2016 by Dennis Gagliardotto(@LyonHart_) in Reviews, Wii U, Wii U eShop 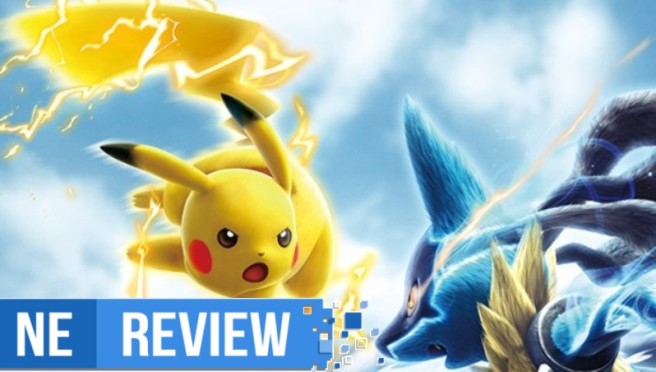 Way back in 2013, fans were treated to a very short three second clip of Lucario and Blaziken standing across from each other in a gorgeous HD graphical style we had not seen with Pokemon before. It was a whole year before we heard anything regarding it, and then out of the blue, it was announced: Pokken Tournament, a fighting game developed by Bandai Namco with supervision from Tekken and Soul Calibur heavyweights Katushiro Harada and Masaaki Hoshino. It was confirmed to come out for arcades in Japan, but ultimately fans all over the world wanted it in their homes where they felt it’d be best – the Wii U. It wasn’t until sometime into 2015 where we finally received confirmation that it would indeed be making its way to Nintendo’s home platform and getting a worldwide release in 2016. Now, here we are. Pokken Tournament is in the hands of fighting game an Pokemon enthusiasts around the globe, but has it been worth the wait?

When you start up the game for the first time, you’ll be given the option to choose who you want to set as your Battle Partner throughout the game, colloquially known as your “main”. This only really pertains to the Ferrum League, which is basically the game’s story mode. You’ll go through various leagues, typically facing up to six opponents before advancing to a higher rank and into more leagues later down the line to prove your worth and get a shot at becoming the reigning Champion.

Everything about Pokken Tournament makes it a treat for fans of the series around the world. The gameplay is solid and puts a huge emphasis on ultimately having fun. You can absolutely get competitive with it, but, much like Splatoon, it’s ultimately meant to have a great atmosphere with different things to do and joy to be had.

Each battle has you select your support Pokemon, which are paired in twos. There are an unbelievable amount, but at the beginning of the game, you’ll be given three sets to experiment with. Support Pokemon can do anything from buffing a certain stat of yours – Attack, Defense, Synergy, etc. – to helping out on the battlefield inducing more damage onto the opponent. They also have various charge speeds, but these can be shortened by enhancing the skill stat allowing for quicker charges. 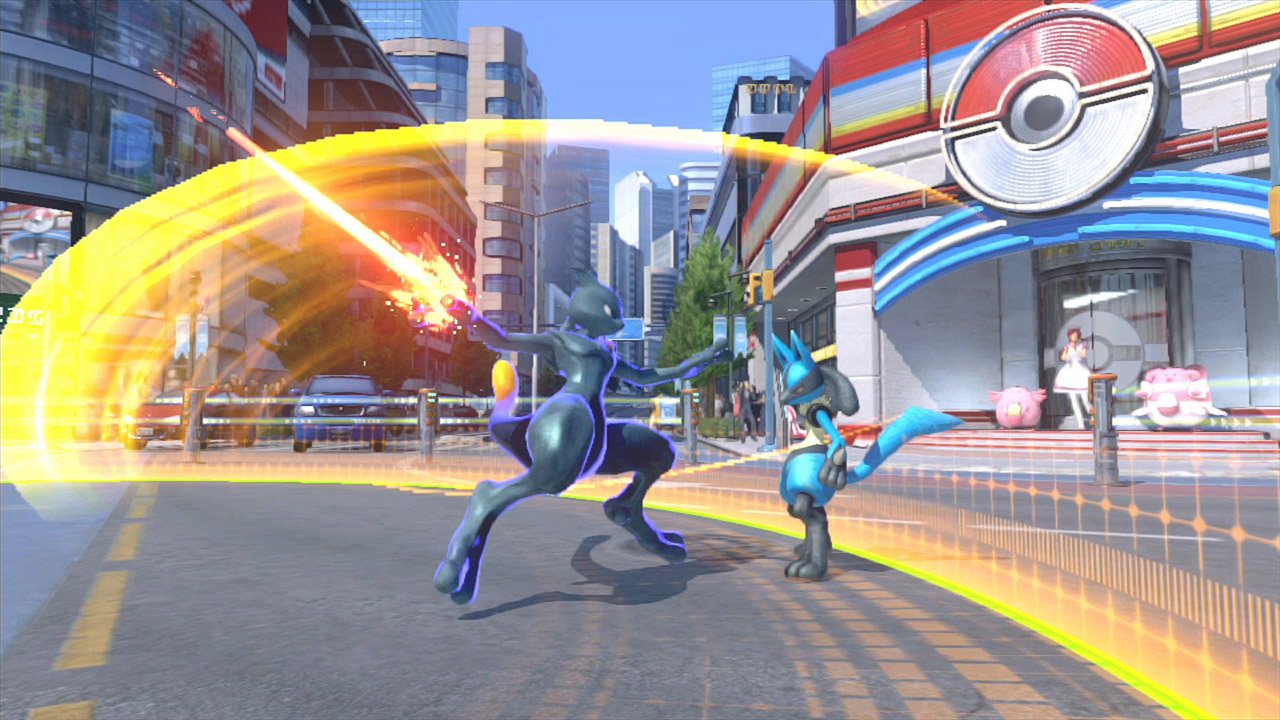 As for actual battles, you’ll be pitted against another Pokemon in matches that play out similar to Tekken. The ultimate goal is primarily to whittle down your opponent’s health. Aside from support Pokemon, other elements will come into play, including specials and phase transitions in which the gameplay shifts between full 3D movement and more linear 2D action.

Specials can be performed by simply pressing the “L” and “R” buttons simultaneously. It gets to the point and you can watch flashy specials without having to make your character look extremely silly before hand as if they’re glitching out by doing an unfathomable amount of inputs to perform something that only lasts a few seconds.

As you play the game with Pokemon, whether it be your main or another in Free Play or Online, you’ll obtain experience points just as you would in a regular game in the franchise. Each time a Pokemon has reached a new level, you’re given a Skill Point to spend however you’d like on its stats. These stats carry over into Free Play mode, so it’s smart to train a decent amount of Pokemon, tuning stats to whichever you think would benefit them most. This makes Pokken Tournament in general a fun thing to unravel, while simultaneously giving each player with a copy of the game the freedom to create their own roster of sorts since you can assign Skill Points however you please to whichever Pokemon you’d like. 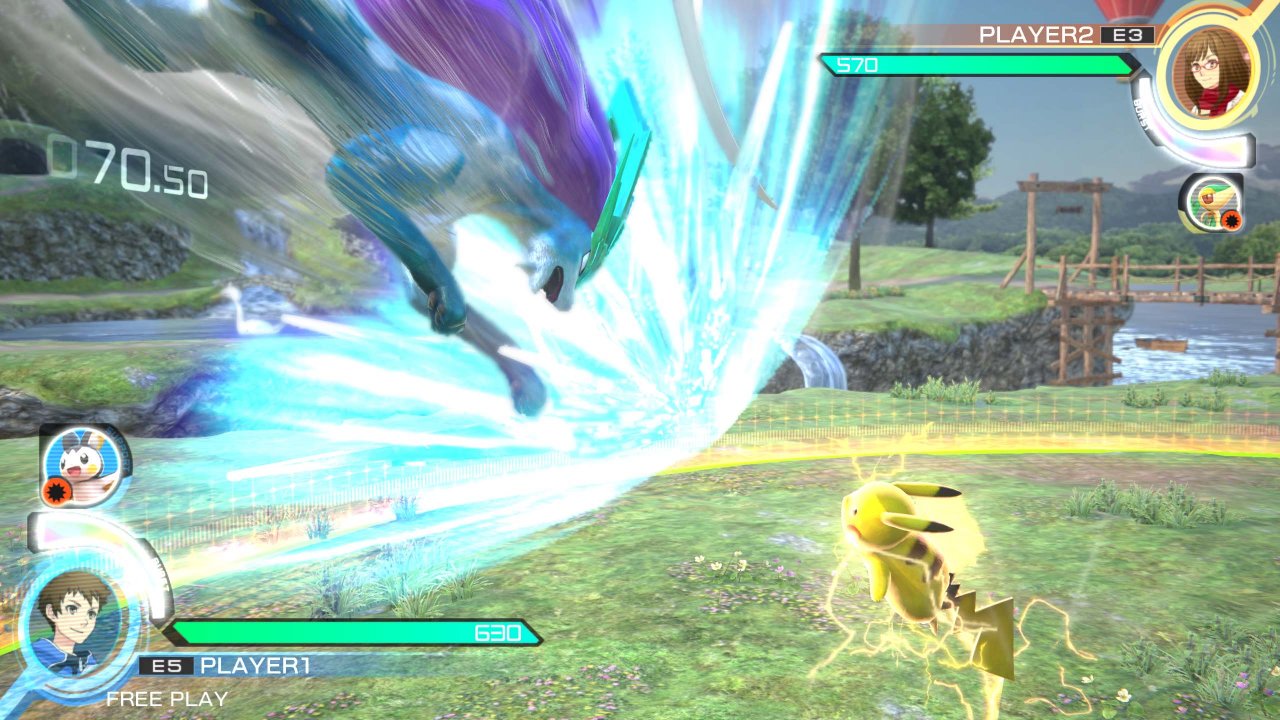 Customization, however, does not only apply to Pokemon. You can also create your own avatar and profile that you’ll go through the game with and other players will see online. You won’t have much to choose from when you’re just starting out, and admittedly I was disappointed at first at the lack of options, but it wasn’t too long after I began playing and scanning amiibo when I realized there is an exorbitant amount of items and accessories you can apply to your trainer, as well as titles and catchphrases to best describe you. Accessories are fairly expensive relative to the amount you make per battle, but this process is expedited by the use of amiibo.

The amiibo functionality in the game allows you to scan up to five per day which will grant you various goodies. Sometimes you’ll be granted a huge amount of cash, other times you’ll be given accessories, while some will give you titles. Each amiibo will give you a good amount of variety, even if you scan the same one over and over again. For those of you that have a hefty amiibo collection, it’ll come fairly handy here.

All customization of your profile, as well as viewing battle rankings and stats, can be viewed from the Home icon. The menu gives you a map with a few icons to click from, and in the middle is where you’ll be taking care of all your player needs to make you look and feel the best you can while fighting against others, both locally and online. 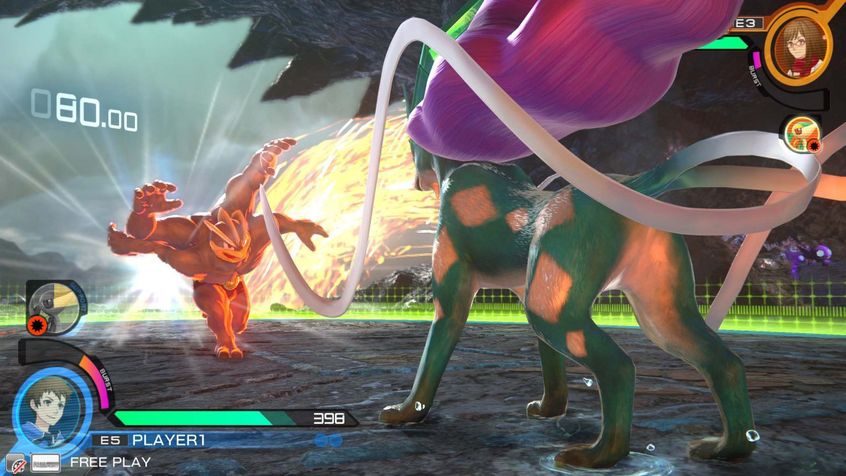 The only real issue I found with Pokken Tournament is that, as gorgeous as the graphics are, they can appear blurry. It could be possible because this was ported directly from the cabinet, but the incredible visuals sometimes feel brought down by the seemingly low resolution, which is a shame. Pokemon has never looked this good before, and could have only been improved with anti-aliasing. Ultimately, however, it’s a joy to look at whether you’re playing or simply watching along.

What makes Pokkén Tournament so great is the fact that it’s probably one of the most accessible fighters I’ve ever played. I’ve always been a huge fan of fighting games, but I’m only able to get very good at a few of them. Some similar titles in the genre just have too many inputs for me to care after a while or just doesn’t feel rewarding enough when you do master them. That is not the case with Pokken Tournament, and it’s an easy pickup. Is there a learning curve? Absolutely. All fighting games have one, but everything about it is intuitive and you get the hang of it fairly quickly after playing a few rounds. Fun is the point, not competition, and the game itself is very flexible and will adapt to how you play, making you feel comfortable right away. If you’re still feeling a bit nervous after a few rounds, the game has a fantastic training mode that takes you through just about everything you need to know about the game, including the real technical stuff which you’ll find is easy to pull off. Sometimes the information here can be a bit redundant, but ultimately it becomes ingrained into your head and you’re off and getting win-streaks in no time.

Pokken Tournament can be enjoyed by both casual players and hardcore alike. It really is a game for everyone, so don’t hesitate on picking this up and feeling like you’re a bad player. You’ll get the hang of it eventually, and with a handful of Pokemon to choose from, you’ll find one that suits your needs. I initially thought that Gardevoir, Suicune, and/or Braixen would be my top choices, but now I find myself using Gardevoir and Garchomp the most. Each input has a purpose, and every Pokemon feels exactly like how they should and would play if they were real.

Pokken Tournament excels at being a refreshing crossover that, in some cases, was long overdue. After first seeing the game back in 2013 and finally arriving to Wii U in households around the globe, it’s good to have the solidarity in knowing that the game has indeed maintained its charm and aura of awesome, while living up to the hype when, as of late, so many games fail to deliver once they’ve released. Pokken Tournament is extremely accessible and should please both fighting newcomers and veterans alike, while also appeasing the Pokemon crowd.

With great gameplay and simple yet strategic mechanics and a good amount of content without becoming too overwhelming or intimidating, Pokkén Tournament serves as a fine addition to any Wii U owner’s library. If you’re not into Smash or Mario Kart when you have friends over or playing with others online, the least you could do is have Pokken Tournament handy and watch as the time flies while you’re immersed in this incredible Pokemon fighting experience that’s as fun to play as it is to watch. Pokken Tournament has a bright future ahead of it, and on top of the series’ 20th anniversary this year, there’s never been a better time to be a fan than now, especially if you’ve been playing the different games and watching it evolve over the years much like I have. This is the start to something new and special, and I feel we haven’t even come close to seeing it at its full potential yet. Pokken Tournament is bright, welcoming of all playstyles and ages, and at its very core a incredibly fun and exciting Pokemon experience.