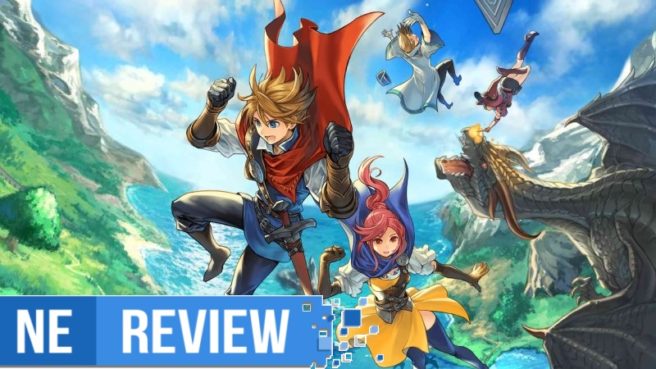 For those who are unfamiliar, RPG Maker may seem like a brand new game coming to the 3DS, but really it’s a creation tool meant to give easy access to those that want to make simple RPGs and get into the realm of game development. The series has had a long history in video games, first being released in the early 90s, and is still heavily used to this day and frequently associated with short, indie titles typically released on digital outlets on PC. However, well-known games have also been made in RPG Maker such as Corpse Party, To The Moon, Aveyond, and much more. There are even quite a few RPG Maker-created titles currently available on 3DS. Though mostly a PC program, RPG Maker FES makes its way over to 3DS to give players their own chance at creating whatever it is they’d like using their stylus as their paint brush, and their mind as the ink. RPG Maker, like most engines and tools on PC, can get extremely deep in its technicality depending on how much one is trying to implement and achieve with their title, but does that flexibility and the power of PCs translate well to 3DS? Surprisingly, very much so.

RPG Maker Fes will strike a chord with creators and players alike who spent hours among hours with Super Mario Maker designing whatever came to mind with no real limitation on what you could and couldn’t do. The ability to take with you what is essentially an animated canvas of codes, sequences, sprites, and so much more is astounding and feels incredible on the 3DS. I’ve spent many hours on RPG Maker for the PC, and while you get a grasp on it the more you use it – much like any program or new thing that requires hands-on experience – it’s a lot more intuitive and natural feeling on 3DS thanks to the stylus and touch screen. The game doesn’t necessarily tell you how anything works or where to even begin when you start it up, but then again, to my experience, no engine or program ever really has.

Once you boot up RPG Maker Fes, you’re immediately taken to a menu that has a few options of what to do, like starting a new game, playing your created or downloaded titles, connecting to the network to find other creations, and your general options. Upon selecting or loading a new game, players can then create maps, begin stories, building databases to use for their games, and all the basic essentials one would need to get a game up and running. 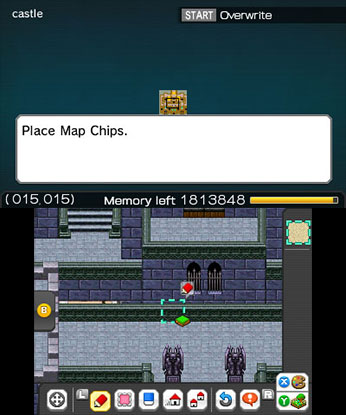 The initial look of the menus and UI is fairly bland and straightforward, but it doesn’t need to look all that enticing to give creators everything they could need. Despite the uninspired menus, everything is where you’d expect it to be and getting all the details you need ready to be put into your creations are extremely easy to achieve. In the case of this review, though much more will be available at launch, we were only supplied with the Fantasy theme to use throughout the game. Accessing the eShop and network to obtain more assets or dive into another player’s work wasn’t feasible due to everything being turned off. I wish there was a lot more to play around with starting out, but once a patch is up on launch day, everything will be made available and expand people’s creativity even further.

The nice thing is is that you can mix and match assets as freely as you’d like. If you want a knight next to some cyberpunk-looking guy, then by all means. If you want an old village with a hidden tech underground, you can do that, too. Switching and choosing assets is easy, as when you’re setting up events and placing down characters, wildlife, monsters, vegetation, etc., you’re able to dive into any category you’d like and associate any properties with it as you see fit. The entire method of drag and drop as well as editing assets to react to other characters or set on a timer to trigger events of whatever one would like to do is possible and easily done all through a dedicated menu for each asset that’s dropped onto the field.

Much like Super Mario Maker, those who aren’t feeling creative or don’t want to invest time into making their own RPG will still going to have something to really enjoy here if they’re a fan of the genre. Being able to play people’s work from all over the world will essentially supply an endless amount of RPG content that will range from all kinds of styles and directions. Just because it’s called RPG Maker and associates itself with RPGs does not mean you need to make a game that’s something along the lines of older Final Fantasy titles or Dragon Quest games. Those looking to make a heartfelt story like A Bird Story or To The Moon can do so if they’d like. Make a 10 minute title, or make a 10 hour experience if that’s what you’re aiming for. Playtesting your games is easy, and being able to do that while simultaneously creating and evolving your craft – however simple it may be – is good for those curious about the field of game development, those aspiring to be developers, or simply want to jump in to see how everyone interprets the genre. 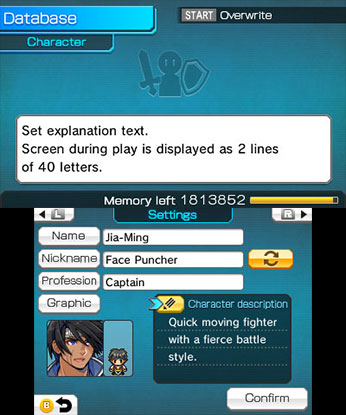 There is so much possibility here with RPG Maker Fes, and with the intuitive nature and welcoming atmosphere of how it is on 3DS, this is a title that a lot of folks will appreciate. It’s always good when software comes out that provokes creativity and gets people to brainstorm, collaborate, explore and inspire, and RPG Maker Fes is certainly a great way to jump in and do just that. What I’m extremely curious to see is how many will begin here, and then move up into the PC version and delve deeper into RPG creation, followed by distributing their titles through the likes of Steam, GOG, and the like. Whether you consider yourself an artist in any medium, a gamer, an explorer, a deep thinker, I think RPG Maker Fes will be able to fit in the homes of just about any 3DS owner regardless if they want to create something for themselves or see and play what the rest of the world wants to show off.

RPG Maker Fes does an incredible job at giving you the tools you need to create the RPG you’ve always wanted and in any way that you want. For the creative individual and 3DS fan, what it achieves is this awesome ability to give players the tools they need to make any kind of game and be able to share them with the world, as well as play other users’ games. While there are no instructions in how one should go about creating something, the trial and error process of figuring things out is an incredibly rewarding experience. As someone who loves to create, and someone who loves video games and has been curious about game development for a long time, it’s an absolute joy to be able to create at my leisure and have such a powerful tool for the 3DS. RPG Maker Fes is a great creation tool that’s fun to mess around with, and even to those that may not feel so creative but are RPG lovers, there will surely be plenty to play once players get their hands on it and start uploading their stories and games for the world to experience.

RPG Maker Fes review copy provided by NIS America for the purposes of this review.