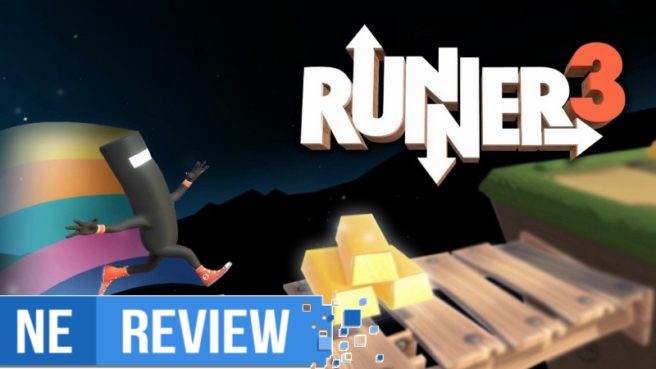 The Bit.Trip series has had an interesting aesthetic progression. Starting out as an assortment of simple WiiWare rhythm games with mock Atari 2600-style visuals, it treated a few simple gameplay concepts with a kind of low fidelity presentation suitable for the WiiWare service’s strict file size limitations. Out of this collection, Bit.Trip Runner found the most success. Being the least abstract of the series, the autorunning rhythm platformer was fashioned after Pitfall, if Pitfall had trance-inducing chiptune music. Runner2 released with a revamped 3D art style and a musical style that was appropriately more sophisticated. In most ways, Runner3 is a natural progression from Runner2, cutting down on superfluous gameplay concepts and evolving the Bit.Trip formula to an impressive degree. Its control nuances and smart level design makes for one of the least stiff and most improvisational autorunning games that I’ve played.

Calling Runner3 strictly a rhythm game is tricky. As the particularities of this subseries have always been, there is no instant auditory feedback to any control input. You don’t press a button to clap in time with the music or strum a guitar. Pressing ‘A’ jumps, and when Commander Video clears an obstacle in the middle of his jump arch, a sound is added to build the background melody. As the commander jumps, slides, kicks, and vaults past obstacles, music is added in time, as a byproduct of successfully avoiding every obstacle in any given level. This has always had the potential issue of creating a dissonance between performing actions on screen and a delay in auditory feedback. Runner 3 circumvents this, for the most part, by giving the player plenty of room for platforming improvisation, even as directional control is constrained to a steady forward momentum.

The game rolls out Commander Video’s full moveset over the first handful of levels. Unlike many simple, stiff autorunning games, there are subtleties to using and chaining moves together. While jump height can’t be controlled, holding the button slows the jump’s arch into a glide, which can transition into a double jump for an even further clearance. Whenever Commander Video is in the air, pressing down to slide will have him perform a jarring instant animation snap into a slide, falling straight to the ground. These superfluous abilities add an extra layer of player expression to an autorunning formula that can easily fall into the tedium of single, simple moves in the exact sequence that the game designer intended. 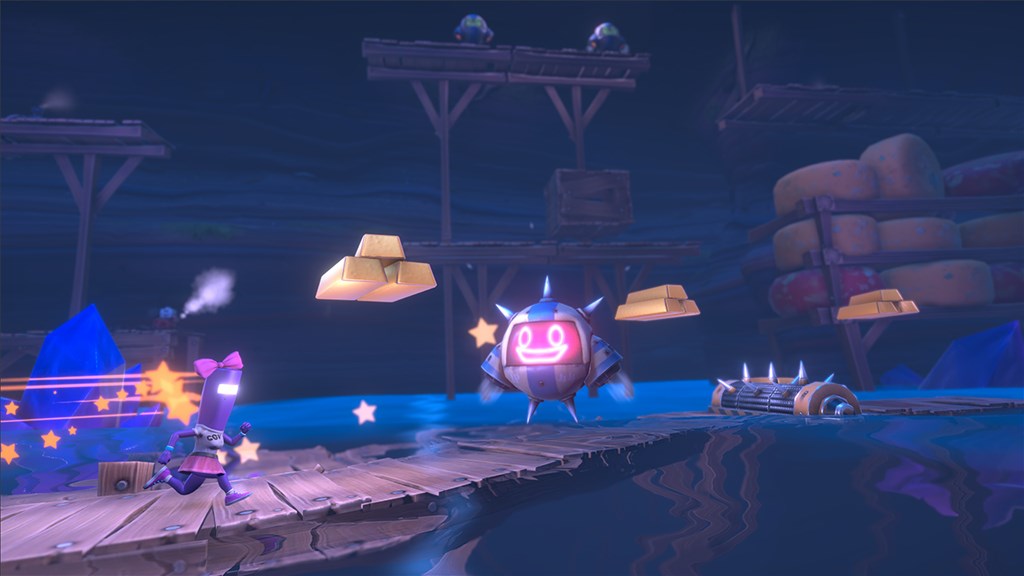 This room for improvisation lends Runner3 a satisfying difficulty curve. The game demands that the player learns its intricacies as much as it imposes on the player – and it does impose. Its main story levels can be challenging but in my playthrough, the death counter the game displays in each level never exceeded around 30 tries. Some of the optional bonus levels had the game counting well over 99, at which point it stop tracking your deaths.

Unlocking these bonus levels gets into one area where Runner3 deviates most from its predecessors. Each level has multiple branching paths. Most branches are obviously telegraphed and designed to be easily noticed, providing alternate collectibles and a different difficulty level. Other branches are more obscure but might hide side characters with optional hero quests that unlock new playable characters. Levels take place on a 2D plane, but they swerve in 3D space. To accompany this, Choice Provisions added a more dynamic camera that swivels and swerves for more interesting framing of certain scenes. With the ways in which music and other presentational elements vary, each level feels unique and no individual gameplay concept overstays its welcome.

With the added complexity with the ways in which levels winds around a 3D space, the art style has morphed into something beyond even Runner2’s somewhat bizarre fully polygonal reimagining of the first game’s more retro look. Levels and backgrounds are lovingly detailed, and progress from one level to the next always has a satisfactory context within a larger world map. For example, the first world of Runner3 has levels progressing from a food-themed coast, to grassy knolls, up a mountain, and into a food processing facility. 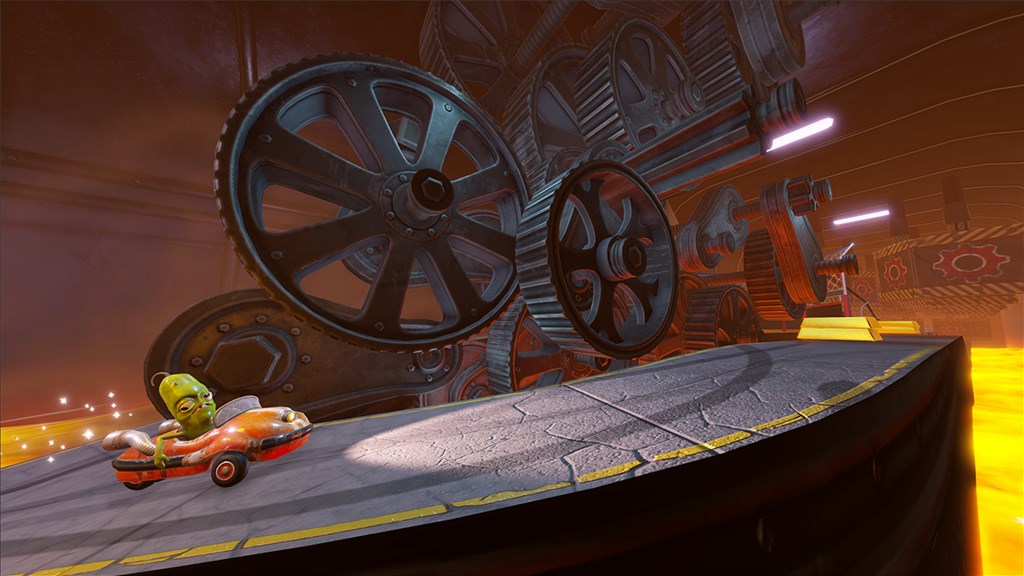 The actual grotesquely hyper-detailed cartoon style feels all over the place, but with the game’s irreverent sense of humor, this doesn’t feel inappropriate. Even the some of the musical styling play into this style with bizarre, layered samples of a pitched-down baby’s cry, kazoos, and slide whistles. It’s easy to point to an Adult Swim sensibility to the whole package, but it can evoke the off-model ‘something isn’t quite right’ look of old Atari box art. It’s not something that caters to my personal taste, but it is done well.

Runner3 is a dense game. Each branch in a level is so packed with secrets and reasons to go back after the first run that, despite its relatively short run of levels to reach the credits, I still plan on putting in more hours to more thoroughly explore the secrets in each level and to actually make it through the handful of super difficult bonus stages.

Runner3 takes a slightly new direction for the series – one that I didn’t imagine could work as well as it does for an autorunning game. It successfully implements dense, branching levels, while also doing an excellent job at pruning back some of Commander Video’s superfluous abilities from earlier entries in the series. The result is a game that’s more intricate and satisfying from both a micro and a macro perspective.

Runner3 review copy provided by Choice Provisions / Nicalis for the purposes of this review.