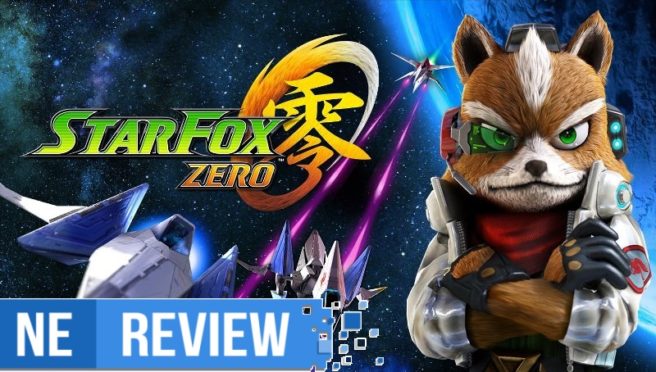 Over the years we’ve seen the Star Fox series take many new directions in its style of gameplay simply to shake things up from standard air combat. Whether it be shooting rocket launchers in a battlefield or saving a planet of dinosaurs, Fox McCloud has done it all. Now, with Star Fox Zero, Nintendo has finally decided to reconnect with the series’ roots in an attempt to build upon the formula that worked so well in the series’ origins.

One of the first aspects I noticed about Star Fox Zero is how tried and true it is to one of Nintendo’s biggest strengths, because boy, this game is fun. I can’t quite put my finger on why this is so, but the air of the experience is very old school Nintendo. Finding secret paths on the map and in levels reminded me of my old days playing Star Fox 64 and encountering the same sort of enjoyment. Despite being released around 15 years apart from each other, the charm and fun vibes that were found in the older titles still shine through and feel just as at home on the Wii U.

Most of the gameplay in Star Fox Zero will have you taking to the skies in a few different vehicles, meaning you won’t just be flying around in the same Arwing you’ve already seen plenty of. While maneuvering the Arwing, you’ll end up having an option to transform your ride into the Walker, an almost chicken-like enigma that allows you to take the battle to the land and quickly change the way you defeat enemies. This is one of the most standout additions, as using the Walker to run up the side of a ship and quickly using the Arwing to escape before it explodes feels like it never gets old. The other vehicles are great as well, such as the slower airship transformation added to the Landmaster, but the Walker is definitely the most fun to use. Unfortunately, there are some missions that just move a little too slow and are a bit repetitive when you’re forced to use the other vehicles, which dampened the experience a bit. 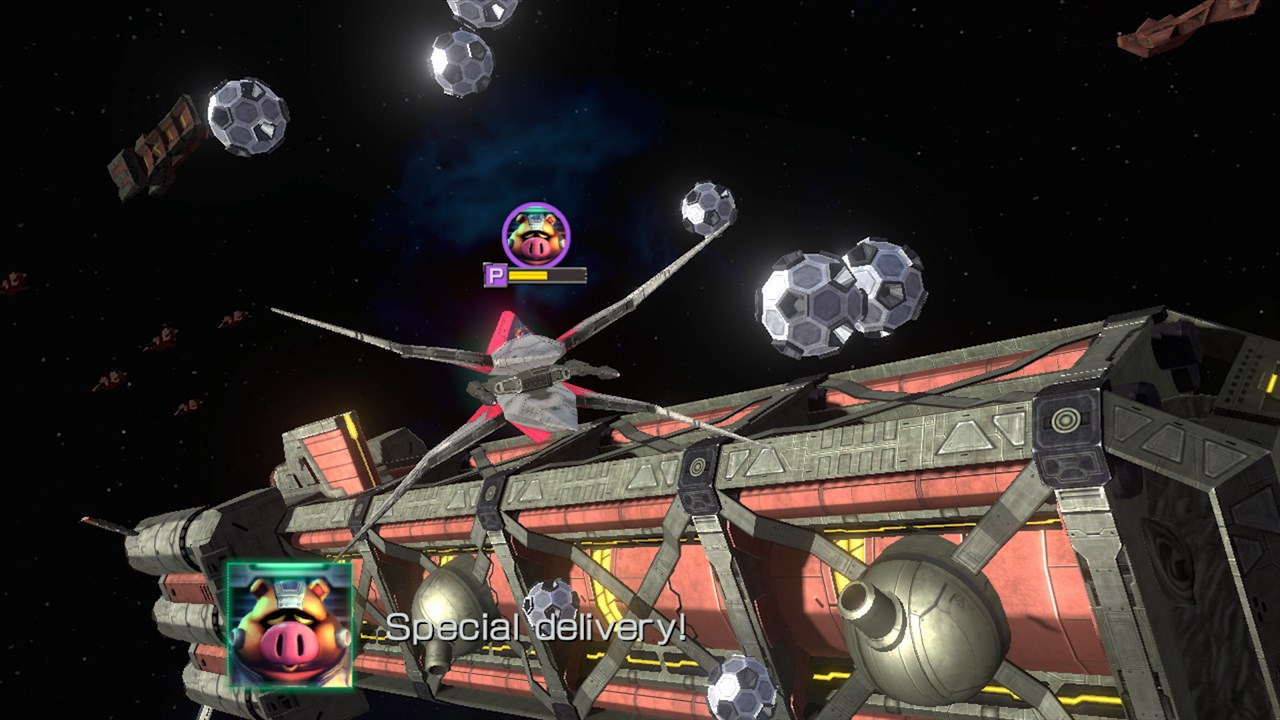 The Wii U GamePad sees a lot of use in Star Fox Zero, with it being used to steer and aim your ship from a different perspective than what you see on the television. You can use the analog sticks to aim, but to get the most out of the GamePad, adjusting to gyroscope controls worked best during my playthrough.

However, during my entire experience with Star Fox Zero, I never quite found myself being absolutely accustomed to the controls. The more I played, the more I thought would help fit me into it. Yet despite experiencing a ton of the title, I’m still having issues staying in control of both screens. I often found myself just using one of them for the duration of the mission, only to switch between them when I had no other option or the game straight up told me to. Taking on bosses where I have to turn constantly to keep attacking shouldn’t be as difficult as they are to focus on. The multitasking, in which you need to switch between both screens while steering, aiming, and dodging enemy fire felt a bit overwhelming. In the end, the experience may vary from player to player.

During the story mode adventure, you’ll travel through levels with tons of variety not only on a visual level, but also in terms of the objective. Thanks to the new array of vehicles, levels can have you dodging attacks in a large field of space or have you in the cramped corridors of an enemy base that you’ll sneak your way through. I personally prefer the missions where you’re taken off rails and have full movement on the battlefield. There’s always something exhilarating about the way your ship moves so whimsically through attacks and being just fast enough to destroy some enemies while you’re at it. 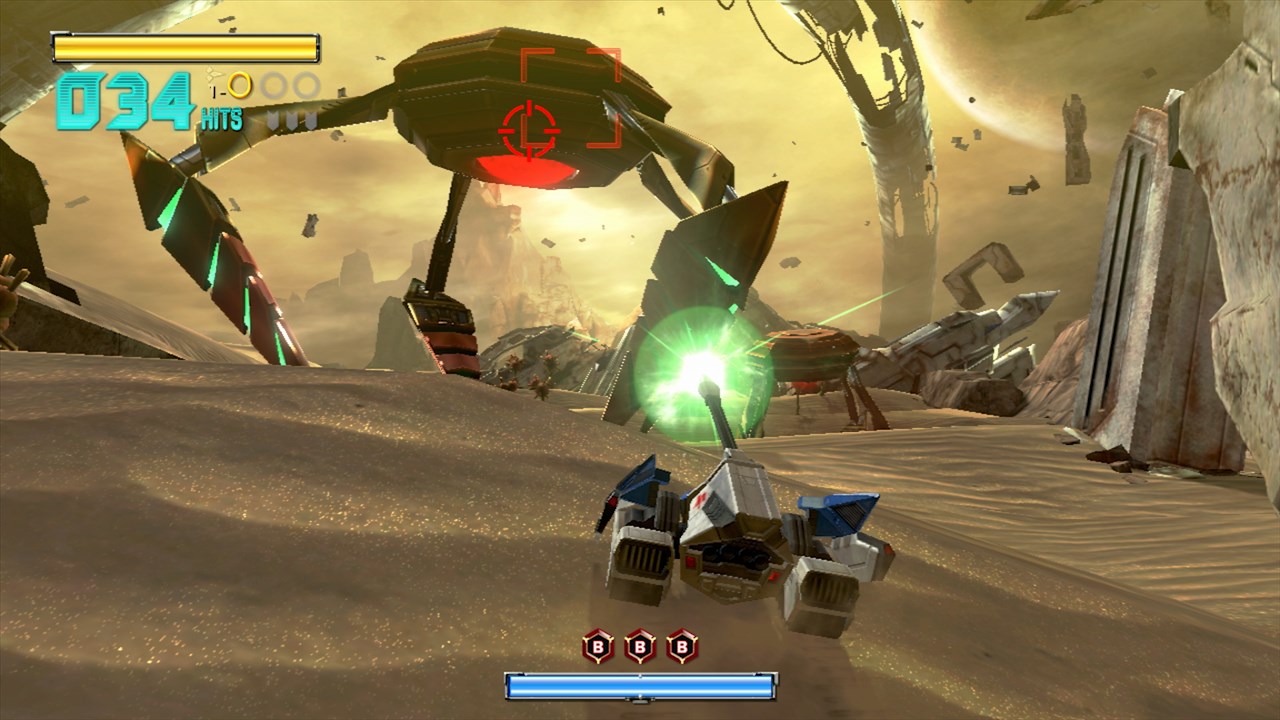 Although most missions have you traveling toward the finishing point, there are a few levels scattered throughout with secret exits that lead you down a different path on the map. These can not only lead to different scenarios in the mission you’re already in, but also completely change the missions that are to come and how you reach the end. I just wish that the game was a little bit longer, because there aren’t a whole lot of reasons to return after finding all of the secret exits. There are medals you can find to unlock special bonuses if you’d like to, though.

The original cast of the Star Fox crew have returned, and are just as quotable as they’ve ever been. Their constant banter and chit chat as you take on a mission didn’t annoy me as much as I thought they would, and it never felt like the writers were trying too hard to make the characters funny. The story is standard (Andross is back, stop him), and doesn’t do much to stand out from any other tale told in a Star Fox title, but there are some epic moments that take place in the later half of the game that I’ll avoid spoiling. It’s also worth mentioning that as small as this seems, the GamePad is where all the character dialogue can be heard. If you’re interested in listening to the Star Fox crew chatting during missions, you’ll need to make sure that the controller’s audio is turned up. 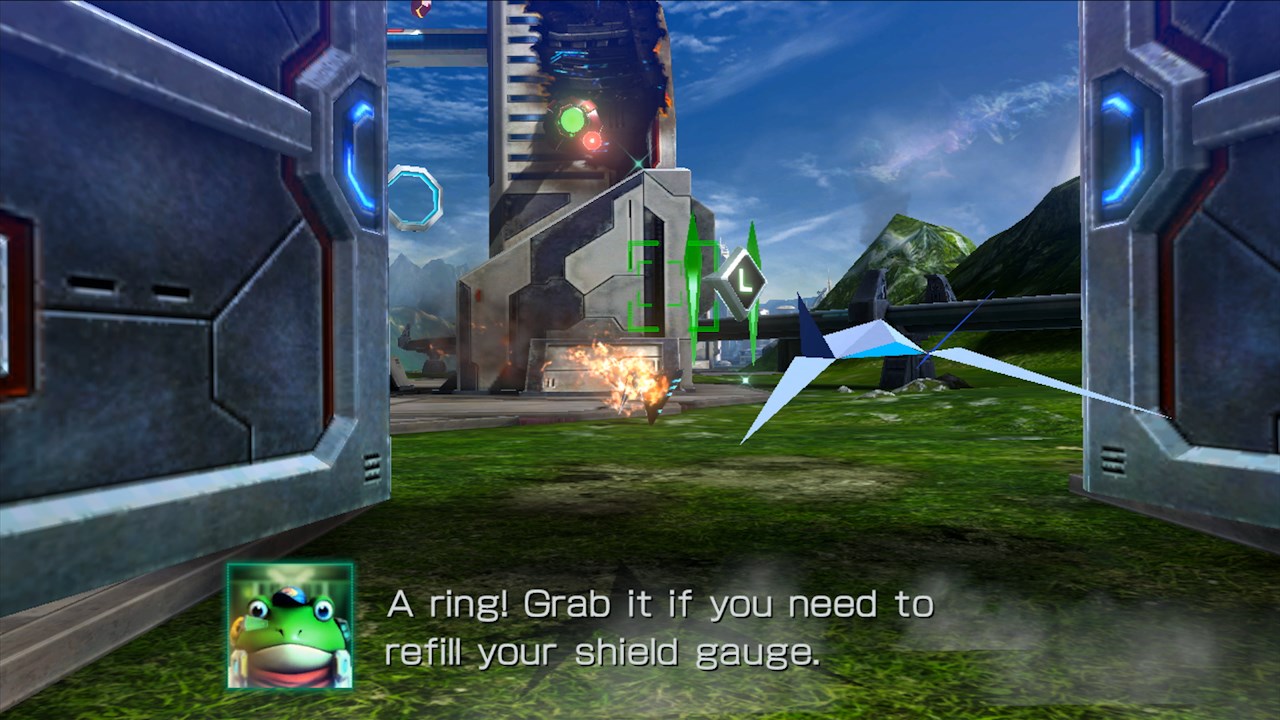 The art direction in Star Fox Zero is also fantastic, with each environment having a certain flair to it that you won’t find again in the next mission. For example, the crowded feel of Corneria is completely different to the empty and wide stretches of space found elsewhere in the Lylat region. Rarely will the player be forced to play through a mission and just by looking at it go “Ugh, again?” which is a problem I had in earlier Star Fox titles similar to this one. The music in the title is also excellent. Expect some great tunes to come around when you near the end of your journey.

All in all, it’s clear that by returning to its roots, the Star Fox series is piloting itself in the right direction. With a strong art direction, soundtrack, and mostly enjoyable gameplay, it’s only the controversial controls and short length that hold the game back from sitting in the stars. Star Fox Zero isn’t the Wii U’s absolute best, but it’s fun enough to deserve a small spot in your gaming library.

If you’re on the edge about Star Fox Zero, I highly recommend giving the game a shot. It’s so classic Nintendo that those who have been around for a while will constantly see themselves reminiscing on old memories had with similar titles. However, if you’ve never played a Star Fox game before – or at least for a long while – be prepared for a bit of a learning curve. The unconventional control scheme is something you may have to adjust to, and the game is not always the easiest. Let me tell you: obtaining every gold medal won’t be a simple task, and can pose a challenge to even longtime Star Fox fans.