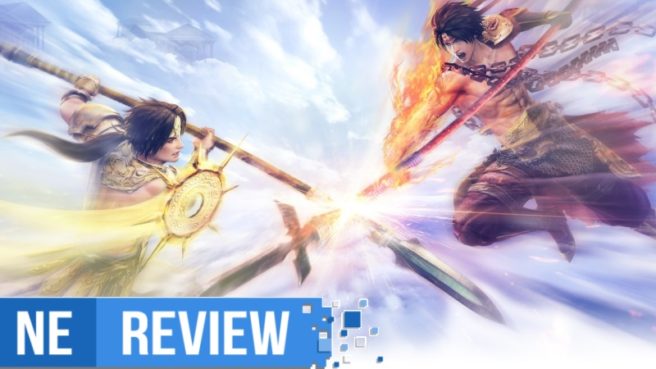 The Warriors series spans decades across a multitude of eras, spinoffs, and properties, and has become a cornerstone in what it means to have feel-good hack-and-slash gameplay that’s as fun as it is memorable and unique. Warriors Orochi itself – a crossover between the Dynasty Warriors and Samurai Warriors series – is over ten years old now, and with each new entry has come new mechanics, more playable characters, and a story that’s as wacky as it is over-the-top with its action prowess. Warriors Orochi 4 has its biggest roster yet, spanning 170 characters across both series each with their own era, specialty, class, weapon, and fighting style. The biggest difference between this and other entries, however, is the inclusion of magic, which really helps to change things up and introduce a fresh and exciting way to execute moves and combos out on the battlefield.

Warriors Orochi 4 has a nice blend of fully rendered cutscenes and dialogue exchanges that help tell the story of this mysterious crossover event thanks to Nobunaga – a series staple – acquiring a massive amount of power and sending everyone off to another world, but he isn’t alone. The stars of Orochi quickly find out that Zeus created this wicked plan, and while a lot of the warriors are confused and reluctant, ultimately they must work together to gather other powerful bracelets and literally face off against other Gods. It’s a straightforward story that doesn’t break any ground, but it’s enough to help create a setting as to why things are happening like this in the first place, and helps to create further tension between factions and parties as they all cross paths and try to make sense of the entire thing, with everyone believing in different values, traditions, and military perspectives. 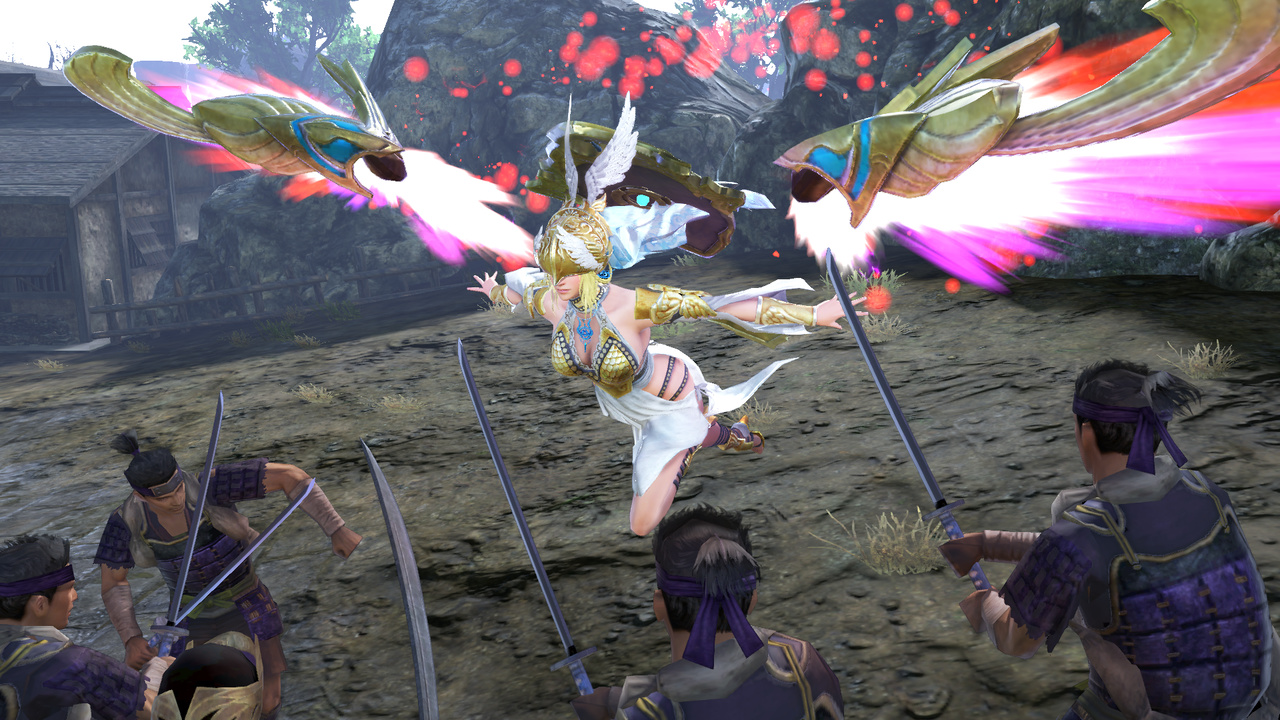 Due to the nature of the story and setting, Warriors Orochi 4 introduces a new mechanic that helps bring Omega Force’s hack-and-slash prowess to life even further: magic. Each warrior eventually gains their own Sacred Treasure that helps unlock their weapon’s true potential by incorporating magic. Magic attacks are done just like standard Musou attacks, also having its own light, charge, and special attacks. Magic can be done at any time simply by holding down the right bumper and pressing X, Y, or A, and can be used freely and in any combination with regular attacks to create some of the most ridiculous and flashy combos any Warriors’ entry has seen.

While Magic attacks can be used in tandem with Musou attacks, however, they cannot be spammed. There is a Magic Gauge which does take some time to automatically regenerate, but this can be circumvented and replenished quickly by dealing massive combos of over 300. There are also massive shards spread throughout maps that, when near them, can help magic be absolutely abused, which is helpful when there are multiple officers, captains, and bosses all at once in certain areas. It makes for a great time to see all the fireworks go down, but it can get tiresome once you’ve seen the same animation across a bunch of characters time and time again. Even so, it still feels good to execute.

Magic and attacks can be ascended past their initial forms with Unity Gauges and Rage. Dynasty Warriors and Samurai Warriors characters each treat these differently, but ultimately they’re still ultra powerful special attacks that go even further beyond. With Unity Gauges, you’ll use up the entirety of not only your current character’s gauge, but the entire team’s magic resources to initiate a devastating move with a huge area of effect. It’s a simple press of both triggers at the same time to allow this to happen, and with it comes a quick animation where the three fighting characters and your four support warriors will all group up and begin to charge up a massive, unavoidable ball of energy. Given the special conditions needed in order for these to occur, there’s usually no more than three I found myself able to use per mission. I probably could have used more, but it takes a lot of no magic use in general to be able to do it since all characters need to have their gauges at max. In contrast, Rage won’t be as impactful as magic is, but it does have its uses. By using Rage, characters will be given a jolt of energy in which all of their stats will be boosted for a very short period of time. The nice thing about Rage is you can also stack that with your magic and basic attacks as well for maximum damage and visual delights. A burst of light overtakes the screen as well as the warrior in use, and with the boosted stats comes faster attacks, movement, and higher defense. Sometimes characters will blink from one moment to the next, with enemies also collapsing into light and thin air after being defeated, adding more to the visual spectacle that is Warriors Orochi 4. 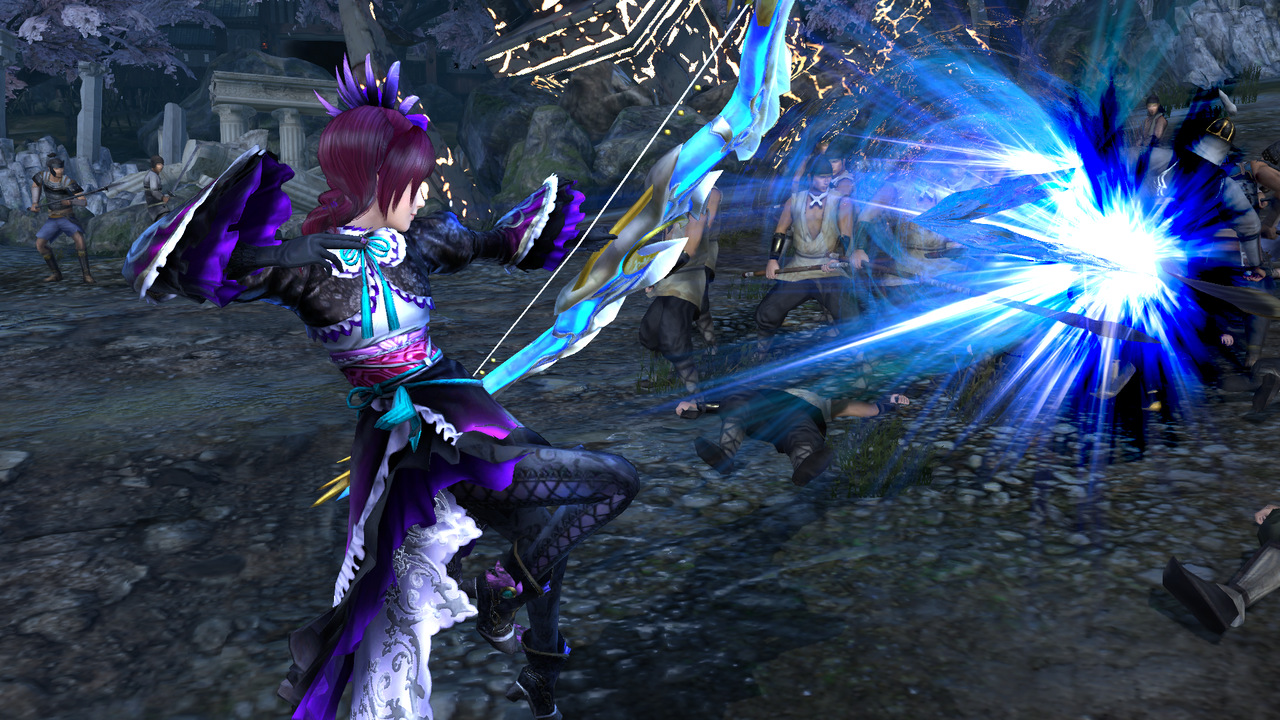 With so many characters, moves, weapons, and the like, it can get overwhelming with how many combinations and uses of characters and styles there are, but thankfully the Mock Battle mode allows us to test out setups to choose what best fits for any playstyle. With three differing classes such as Technique, Speed, and Power spread throughout the massive 170 Warrior roster, just about anything is possible with each of the characters in those classes having weapons unique to them that all feel and act independently. Outside of missions, you can conjure up your main team of three and put them in a Mock Battle at any time. Mock Battles put players in a small area, but still with a plethora of enemies, and allow them to go wild. AI won’t attack and simply will follow you around the vicinity of the arena, with added captains and officers as well. If the three you choose isn’t doing it for you, rather than going all the way back to the menu prior to Mock Battle, you can actually just bring up the roster and click from there in the middle of the Mock Battle, which makes it convenient when maybe you’re just trying to find that perfect third slot to complement your other two, so you don’t have to go through the process of going back through load screens and menus over and over.