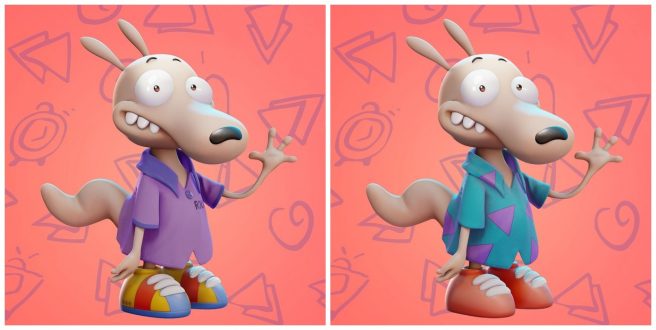 Rocko was previously announced for Nickelodeon All-Star Brawl, but it turns out that the new DLC character has just been released. Everyone on Switch can claim the content now.

Rocko comes with his alternate costume and Hard Core Chores stage. Although he’s not a particularly strong character, he uses lots of projectiles and moves that are hard to predict.

Rocko can be purchased individually for Nickelodeon All-Star Brawl at a price point of $4.99. He’s also available as part of the Universe Pack – Season Pass with Jenny (My Life as a Teenage Robot) and Hugh Neutron (Jimmy Neutron), which costs $11.99.

Will you be picking up today’s new Rocko DLC? Let us know in the comments.