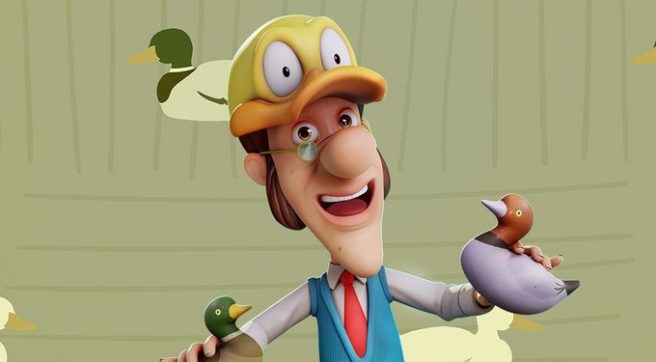 Hugh Neutron is voiced by Mark DeCarlo. He brings along an all-new stage and bonus alternate costume, pictured above.

The character is said to feature “a new, wacky, fast-paced fighting style.” He’s able to fly like a duck, and even hit with one as well. Pies, bananas, motorcycles, and the art of Duck-Fu are also at his disposal.

As for the stage, it’s straight from Hugh’s dreams. Players can battle atop a giant pie in a magical sky filled with ducks, roosters, and even more pie.

Aside from the DLC, Nickelodeon All-Star Brawl has gained a new update. We have the highlights below, and the full rundown with character changes can be found here.

Finally, we’ll also mention that Mark DeCarlo and Debi DerryBerry – the voice of Jimmy Neutron – will be hosting an independent Nickelodeon All-Star Brawl creator tournament live on YouTube tonight at 5:30 PM PT / 8:30 PM ET. You can tune in right here.