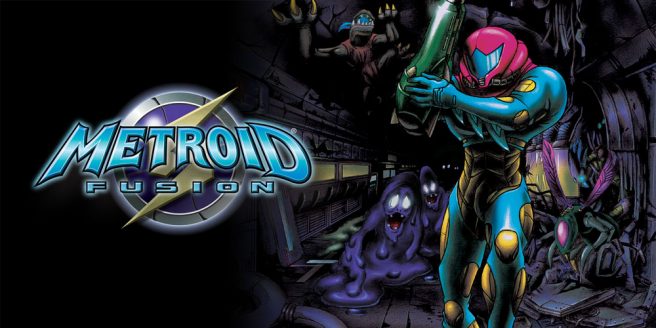 Following today’s leak regarding Nintendo Switch Online, Twitter user Mondo_Mega has come forward with a list of GBA games that have apparently been tested for the service.

You can find the full list below. Keep in mind that just because a game has been tested, it doesn’t guarantee that it will appear on Nintendo Switch Online. Still, it should give us some idea as to what could be on the way. 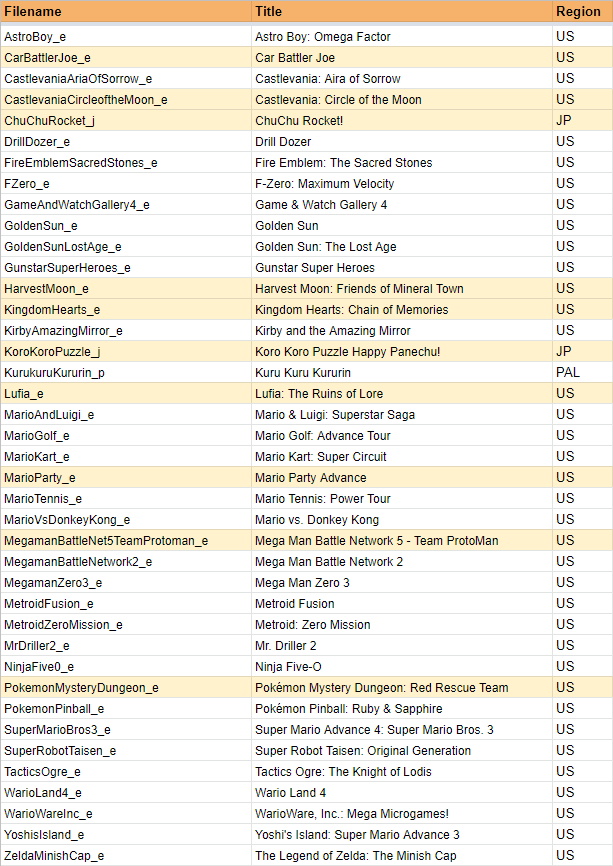 Note that games in yellow mean they were in the ROM folder at some point, but not in the leaked build from today.

Also, a tidbit about Pokemon: the emulator has screenshots of different berry tag screens from Pokemon Ruby / Sapphire / Emerald. These were thought to have been taken during link cable emulation testing.

Game Boy and Game Boy Color titles were also a part of today’s leaks for Nintendo Switch Online, though there’s less to go on there. Reportedly the GBA emulator in the files was further along. On the Game Boy / Game Boy Color side of things, each game is a separate app and there’s only four of them: Super Mario Land, The Legend of Zelda: Link’s Awakening DX, Tetris, and Qix.