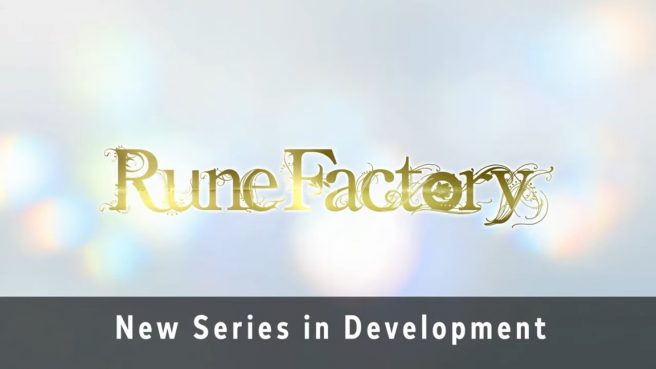 Rune Factory chief director Shiro Maekawa has commented on what to expect from the series’ new game, and also confirmed that Rune Factory 6 will be released in the future.

Fans that tuned in to the last Nintendo Direct in September saw the franchise make two announcements. Along with Rune Factory 3 Special, we’re also getting a new title entirely. However, details on the latter title have not yet been provided.

In an interview with 4Gamer, Maekawa teased that the upcoming project is “a complete new departure for the series, and that we are considering lots of ideas at this time.” It sounds like the team is looking to shake things up a bit which is what the new game will lead the way on. Although it isn’t Rune Factory 6, Maekawa did confirm that we’ll be seeing that at some point down the road as well.

Below is Nintendo Everything’s translation of Maekawa’s comments:

Please talk to us about the development of the new series. At the time of the announcement of Rune Factory 4 Special, the next in the numbered series, Rune Factory 5 was also announced. At this time what kind of game are you working on?

As we stated in the Nintendo Direct, we really have only just begun working on this project. As such we can’t really talk much about the actual contents of the game, but I can confirm it’s not a numbered game, but a complete new departure for the series, and that we are considering lots of ideas at this time.

On social media a lot of people reacted with ‘Is Rune Factory 6 coming?!’, but it’s not that, right?

Yeah, it’s not. In the past, we had games like Rune Factory Frontiers and Rune Factory Oceans, which aren’t numbered titles, but felt related to the main series.

Why at this time are you making, although perhaps not a ‘spin-off’, at least a game not part of the numbered series?

There’s thoughts of “It’s about time we need to make some huge leaps forward in the series.” We have touched on it before, but the Rune Factory really refined its formula with the third entry. In actuality since then games have generally used Rune Factory 3 as a base, but in order for players to experience a new adventure in the next numbered games, we can’t simply continue with that.

Rune Factory 3 is now 13 years old, and including that game, there have been 3 since. Thinking of it like that, it would be hard to create something new by simply continuing on.

Exactly! Of course we do plan to develop Rune Factory 6 in the future, but for that to happen we will need to reconsider the games so far and think about what big changes need to be made. Having said that, if we completely change the numbered series, everyone may be a little confused. At some point we will have to face that new challenge, but for now, at this time we are working on a non-numbered title.

I know you’ve really just started work on the game, but at this time can you tell us anything about the game systems or the new world?

At this stage, we really are at a point of ‘Let’s go with this kind of feeling’, so there really is very little to talk about. Simply, we will be protecting the three pillars of the Rune Factory series: ‘adventure’, ‘life’, and ‘love’. We are making something new without changing those!

Rune Factory 3 launches for Switch on March 2, 2023 in Japan and next spring in the west. There’s currently no word on when to expect the untitled Rune Factory game at this time.

Translation provided by Simon Griffin and SatsumaFS on behalf of Nintendo Everything.