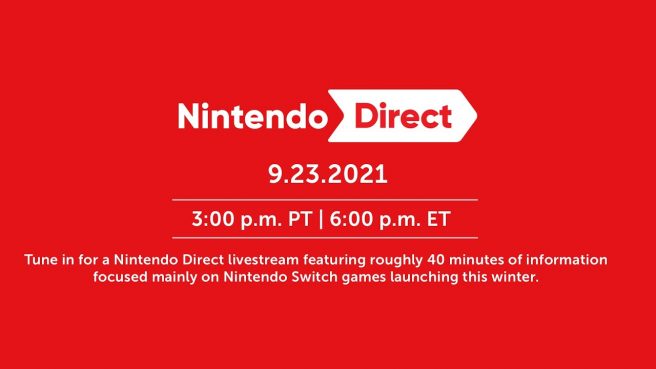 Today’s September 2021 Nintendo Direct will be starting soon, and we have a live stream ready to go for the event. In fact, we’re including three separate streams for North America, Europe, and Japan.

The broadcast officially begins at 3 PM PT / 6 PM ET / 11 PM in the UK / 12 AM in Europe. It will focus on Switch games launching this winter, lasting about 40 minutes.

We’ve set up the September 2021 Nintendo Direct live stream for you below along with a live blog. Expect coverage during and after the event.

Kirby and the Forgotten Land

You can keep track of all previous Nintendo Direct news here. The official site is also up here.