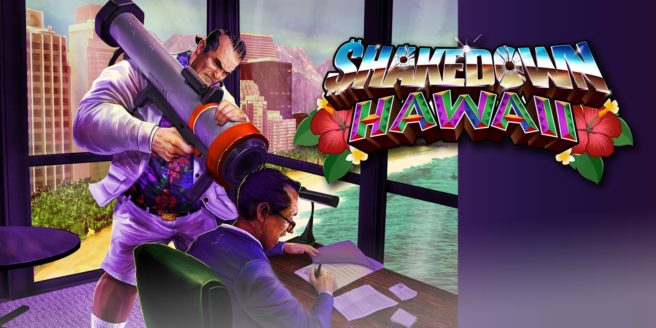 Vblank Entertainment has confirmed that Shakedown: Hawaii has entered final beta. That means once this latest round of testing is complete, it’ll be submitted to certification for Nintendo’s review. Once approved, a final release date will be announced.

Here’s the full status update from Vblank, along with an updated trailer:

Shakedown: Hawaii’s now entered its final beta and preview copies have officially gone out to press! Expect to see plenty of brand new footage on YouTube and Twitch — any moment now.

The goal of the final beta is solely to collect feedback — to find out which missions players enjoy most and which could use a bit more love, to catch any potential difficulty spikes before launch, and overall, to ensure that you experience the best possible game on day one.

The past few months of polish have been incredibly rewarding. Every week, something’s made me say, “WOW! Now THAT changes everything!”. Once you have a complete game in front of you, you can make little tweaks that go a long way.

In addition to changes under the hood and tuning missions, the visuals have also received another bump. The majority of the game’s cutscenes have been repainted to give them an even higher quality 16-bit look, store signs have been given more personality, and some of the character animations boast even more detail! As for the game world, I’ve had a blast adding even more secrets… hidden entrances both inside and outside. The destructible environment really adds new depth to the exploration.

This trailer below may look familiar at first glance, but you’ll quickly notice the new cutscenes and map screen…