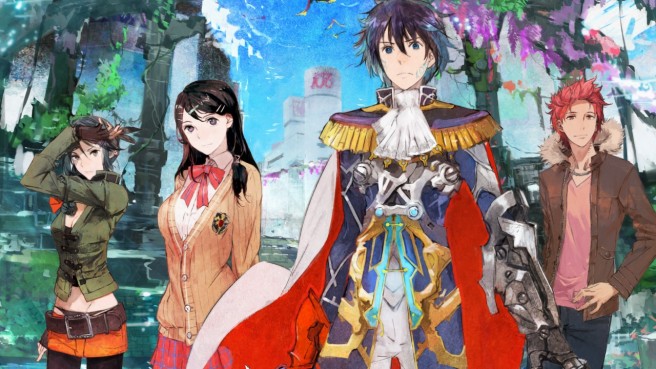 Earlier today we posted about two new screenshots of Shin Megami Tensei x Fire Emblem / Illusory Revelations #FE, one of which came from a developer blog post by director Mitsuru Hirata. Now, the folks over at Siliconera have translated that blog post. It’s fairly lengthy, so I’ve placed it after the break.

It’s been about two months ago since officially announcing this title, and I’m sure many of you were surprised by it. Even I told myself ‘to think that a collaboration with Fire Emblem would shape up like this!’ and I was really surprised. Even though I’m the one developing it.

Looking back 25 years ago, I have some memories of when I first encountered Fire Emblem. It had a package design with a soft touch that reminded me of a certain popular feature anime film. Its game characteristics managed to crush the young me, who thought at the time, “I’ve played so many tough-as-nails role-playing games on PC up until now, so this should be easy enough for me!”

Then, as I played, each time I lost an ally, I would mutter to myself: “T-this is the devil.” And in the end of my first run, I eventually found myself incapacitated, since I didn’t have enough units to continue fighting, and I wept and started the game over from scratch…

It was a wolf in sheep’s clothing, I tell you…

“Oh, so that’s how you use that word! Our predecessors had some good quotes! Ahahaha!!” These were some of the things I thought while continuously pressing the reset button in despair on a daily basis.

And that is how I met the game that shaved off parts of my innocence. After that, fate repeated itself once more, and my Super Famicom’s reset button actually broke, so I had to buy another one. Even on the Game Boy Advance, I was busy reading the enemy’s moves two or three steps ahead, and before I realized it, I had ended up staying on the train until the last stop… and the ride home in a taxi, that also brings back some good memories… haha…

That said, there’s something I must confess…

I’m actually pretty terrible at strategy games (lol). It kind of sounds like a situation that I should be slapped on the head for saying, like “… hey!” but the truth is, I love Fire Emblem.

Before Fire Emblem, I believe most of the so-called genre of strategy games consisted of game characteristics such as “win accordingly, don’t emphasize too much over that process, a strategy to win is more important than position,” and so on. For this reason, units weren’t treated as importantly, and the tide of battle was easily turned using numbers. Such developments were frequent… and I was just not great with that mindset.

However, Fire Emblem was a strategy game with a completely different approach. Paying attention to the units is important! If they die, they won’t come back! You can’t win with just numbers either! Rather than just claiming victory, there’s also the birth of the drama that arises from having your favorite unit win through battles (even if they’re weak).

… I was mesmerized. As I was playing, I realized that each space I moved a unit, each time I hit the enemy, I was writing my own story about it all in my head.

“Ack! Hear me, the now deceased Draug… I, the Armor Knight, shall take on this castle wall in your stead! The rest of you sneak around for a surprise attack!”

“Only I, the Pegasus Knight, can go over these mountains! I must catch up to the others! Their lives are in danger!”

And that’s kind of what it was like… of course, that might be a bit too much. However, I feel that this is Fire Emblem’s greatest charm. I believe that the importance of characters is also a common element in the games we make at Atlus. In a sense, I think that a collaboration between Fire Emblem and Atlus is as natural as it gets! (lol)

Fire Emblem is a title that is full of memories, intermingled with love and hate, something I can’t express with one word, and before I knew it, I’d gone from being on the side of playing it onto the side that is making it. This must be fate. The femme fatale that toyed with my youth! I’ve been waiting for you! My long-lasting grudge!

It’s kind of like finally being able to meet the person I’ve longed for over many years, but since the development’s first day and several years of change afterwards, we were able to show you guys the trailer, which is the fruition of my own “memories of 25 years”.

As far as what kind of changes, actual game content, and such, I hope we get to talk about it next time. This time, I wanted to first talk about what Fire Emblem  means to me (lol).

Lastly, here’s a peek at a screenshot on something that’s currently in development… 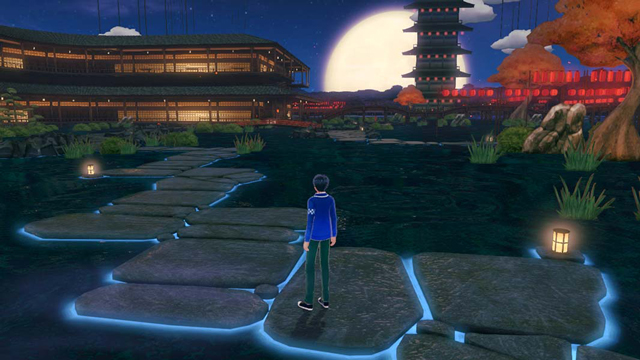 This is a look at a certain dungeon. It was shown a bit in the trailer during the Nintendo Direct back on April 2nd, but do you notice any differences from then if you compare it? The floor’s texture has improved, there are additional objects [in the environment]… and so on.

The April 2nd trailer isn’t the final visual representation of the game. We’ll continue improving on the quality from this point on, so please look forward to it!

And that’s how the staff is zealously developing Shin Megami Tensei X Fire Emblem at the moment. I believe we’ll be able to reveal new information soon, so again, please look forward to it!