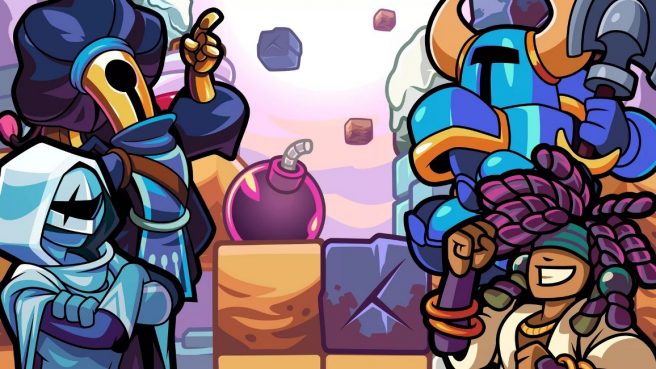 On Switch and other platforms, it’ll be out on December 13. This follows three years of development and Yacht Club calls it a “passion project”.

As far as DLC is concerned, the studio says it has three packs in store for Shovel Knight Pocket Dungeon. These will be released “over the next year or so.” Fans can expect more information a bit after the initial launch next month.

We have the following overview for Shovel Knight Pocket Dungeon:

Enter a world of falling block puzzle games, with a dungeon-crawling twist! Bump into enemies to battle them and trade damage in a unique combat system. An all-new hybrid that’s never been seen before. Group foes together for massive chain attacks while grabbing keys, power-ups, and potions to refill your health!

Take control of more than 10 of your favorite heroes from the Shovel Knight universe, each with a unique power and play style.

Equip yourself on the fly with a treasure trove of items and equipment. Mix and match your loadout to prepare for any encounter.

Play in a variety of ways with Story Mode, 2 player competitive Versus Mode, a Daily Challenge, and much more!

A bold new visual style complements a new story. Learn the ropes from your pal Puzzle Knight as you attempt to escape the mysterious Pocket Dungeon. Shovel Knight’s signature storytelling and humor are on full display!

Shovel Knight Pocket Dungeon will cost $19.99 on the Switch eShop. A physical version has not been announced at this time.