Smash Bros. Fighter Ballot may only be limited to Nintendo characters 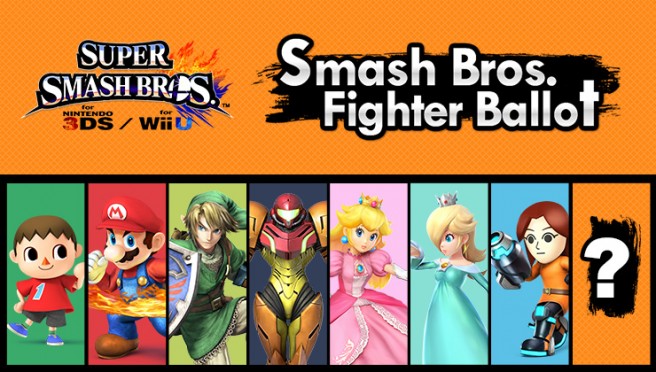 During this week’s Nintendo Direct, it was revealed that there is now a Fighter Ballot for Super Smash Bros. Wii U and 3DS. Fans across the world can submit votes for characters they’d like to see in the game, and Nintendo will take feedback into account when developing new roster additions.

There is one important thing that we may have to consider if a Facebook post from Nintendo is any indication. The post below has been making the rounds lately, which seems to indicate that the Smash Bros. Fighter Ballot may only be limited to first-party Nintendo characters. 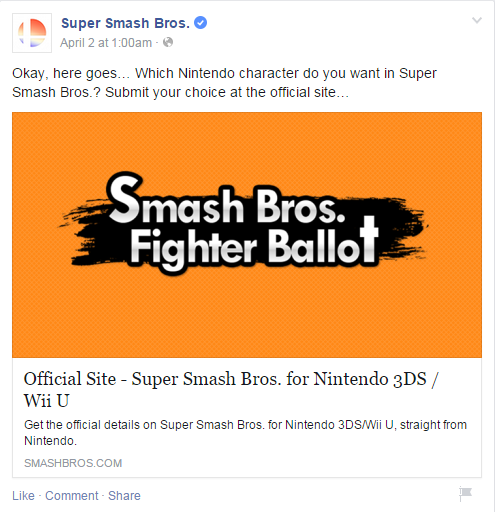 If the above post is what many people are currently assuming, then Nintendo won’t be considering any third-party characters. So much for Banjo!