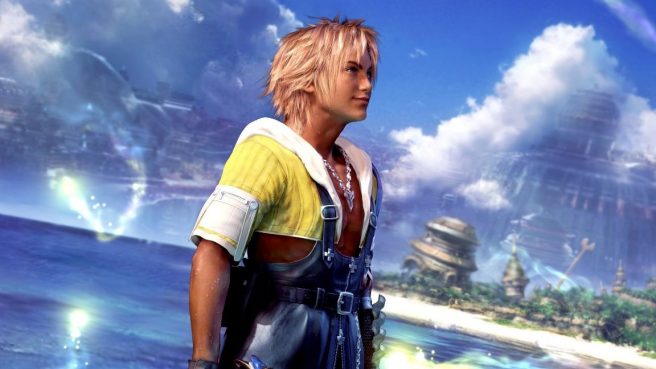 Famitsu recently published a new Final Fantasy X developer interview with writer Kazushige Nojima, character designer Tetsuya Nomura, and producer Yoshinori Kitase. As part of that, the two revealed some interesting origins about main character Tidus. It turns out that he was originally imagined as a plumber.

Nojima stated the following, as translated by Kotaku:

“To get the character in the water, for the initial plan, there was a time in which Tidus was to be an underwater plumber.”

Famitsu later asked Nomura if Tidus still has traces of being a plumber. He pointed to the character’s overalls, and said that he initially drew designs that gave the impression of work clothes. The design become more sporty when Tidus was changed to an athlete.

After Kitase spoke with Nojima, “he went from being a plumber in the water to an athlete that competes in the water.”