This month’s issue of Nintendo Dream has an interview with Square Enix’s Tetsuya Nomura and Masanobu Suzui from Indieszero. The two were pretty much there to promote Kingdom Hearts: Melody of Memory, though the discussion closed out in an interesting way.

Nintendo Dream ended the interview by asking what the two developers wanted to highlight about Melody of Memory. Eventually, after a few exchanges, Suzui and Nomura said the following (as translated by Nintendo Everything’s Oni Dino):

END_OF_DOCUMENT_TOKEN_TO_BE_REPLACED

Square Enix will finally be bringing a Kingdom Hearts game to Switch this year, but perhaps not in the way that fans had hoped. Rather than releasing one of the core past titles, we’re instead getting Melody of Memory – a rhythm action spinoff.

Unfortunately, Square Enix isn’t planning any other Kingdom Hearts games for Switch at the moment. Franchise director Tetsuya Nomura told Nintendo Enthusiast that the company considered porting other entries in the series, but found things to be technologically difficult.

END_OF_DOCUMENT_TOKEN_TO_BE_REPLACED

Kingdom Hearts: Melody of Memory devs on why it’s not a Theatrhythm game, new details revealed

END_OF_DOCUMENT_TOKEN_TO_BE_REPLACED

Posted on 3 years ago by Brian(@NE_Brian) in News, Switch | 18 Comments

This week’s issue of Famitsu features an interview with Square Enix’s Tetsuya Nomura. The Japanese magazine primarily talked with Nomura about Kingdom Hearts III, but there was some brief discussion pertaining to Xenoblade Chronicles 2 as well.

For those who haven’t heard, Nomura contributed to Xenoblade Chronicles 2 as a character designer. He worked on characters included in the game’s Ira organization.

END_OF_DOCUMENT_TOKEN_TO_BE_REPLACED

Posted on 3 years ago by Matt(@OnePunchMaz) in News, Switch | 46 Comments

A few days ago, we reported on a statement made by Kingdom Hearts III director Tetsuya Nomura to IGN on the possibility of a Switch port of the game. He was already fairly vague and non-committal, saying that a release of the game on other platforms might be considered after its initial release on Playstation 4 and Xbox One. However, it seems like some outlets interpreted Nomura’s answer a bit too positively for his taste, especially in Japan where some of the nuances of his (English) interview with IGN were lost in translation. Speaking to Famitsu (thanks to Dualshockers for the translation), he reiterated that the platforms the game will initially launch on are the sole focus at the moment, and that a release on other platforms would only be considered afterwards. He also stated that while he was asked about the Switch by IGN, he himself didn’t single out Nintendo’s new system, only mentioning “other platforms” as possible targets for a port.

So there you have it. A Switch port of Kingdom Hearts III might still be happening at some point, but given that Nomura made the effort to clarify his statements, it’s far from a sure thing.

Square Enix has been showing a ton of support for Switch thus far. But if there’s one big hole missing in the company’s lineup, it would be Kingdom Hearts III.

IGN asked director Tetsuya Nomura about the possibility of Kingdom Hearts III coming to Switch. He started out by saying that the system “is definitely a very interesting piece of hardware,” though other platforms are the focus currently. After the initial launch on the PlayStation 4 and Xbox One though, Nomura did say that “maybe we can start thinking about other possibilities.”

“The Nintendo Switch is definitely a very interesting piece of hardware, but if we lightly say, ‘Oh yeah, we’ll be on the Nintendo Switch,’ I’m sure people will come back and say, ‘But what about the PS4 and Xbox One? We want them out first. Don’t focus on other platforms.’ So for now, we want to focus on what platforms we’ve already announced we’re going to be releasing Kingdom Hearts 3 on. And so after, perhaps, maybe we can start thinking about other possibilities.”

Posted on 3 years ago by Brian(@NE_Brian) in News, Switch | 16 Comments

When Xenoblade Chronicles 2 resurfaced last week, we heard that Square Enix was designing a character for the Switch RPG. As it turns out, he’s actually designing a couple of characters.

We also learn that one of those characters isn’t “Ira” or “Torna”. Rather, this is a mysterious organization, which includes the two pictured characters attached to this post with a cool vibe. 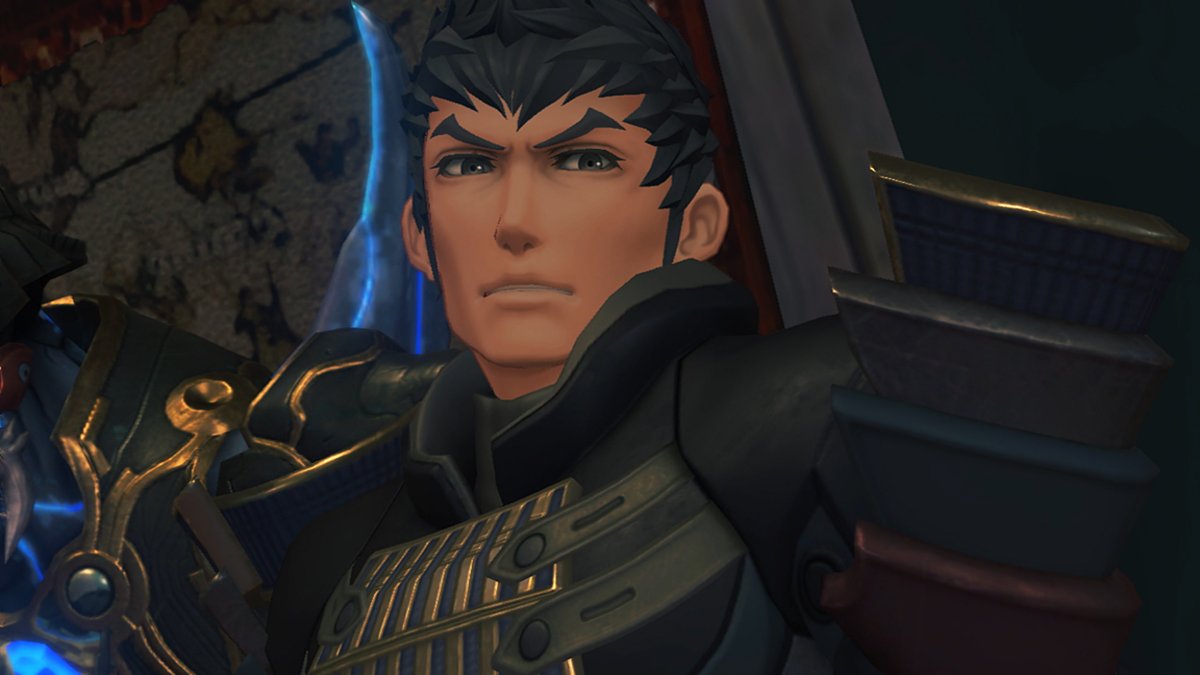 Nomura spoke a bit about his involvement with Monster Hunter 4 Ultimate with Famitsu this week. “I’ve publicly stated that I love the Monster Hunter series, especially the multi-player,” he said. “So when I received the offer, I was honestly very happy.”

Nomura’s designs are specifically made for the west. They’re not available in the Japanese version of the game, which launched last week.

A look at unseen Tetsuya Nomura sketches from the 90s

Back when Final Fantasy V and VI were in development (you know, in the 90s), planner Takashi Aki was working with Tetsuya Nomura on the RPGs. Aki recently did some cleaning up around his residence and came across a few sketches that were previously unseen.