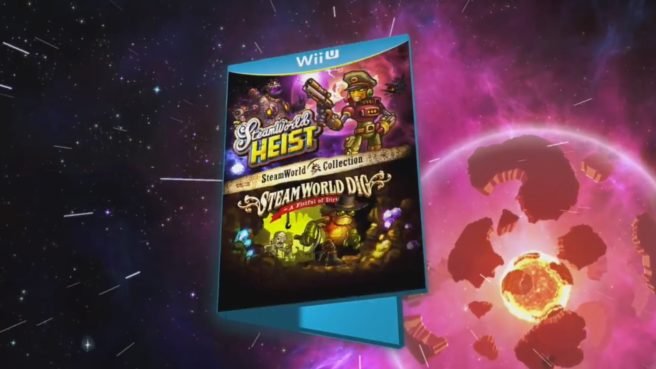 We already knew that SteamWorld Collection would be heading to Europe on September 30. In North America, Image & Form has now confirmed a launch date of October 11.

Here’s a teaser video that also gives a quick look at the boxart:

SteamWorld Collection for Wii U hits stores on Sep 30th (EU) and Oct 11th (NA). Will you play Heist or Dig first? pic.twitter.com/sVGHkR9NfA