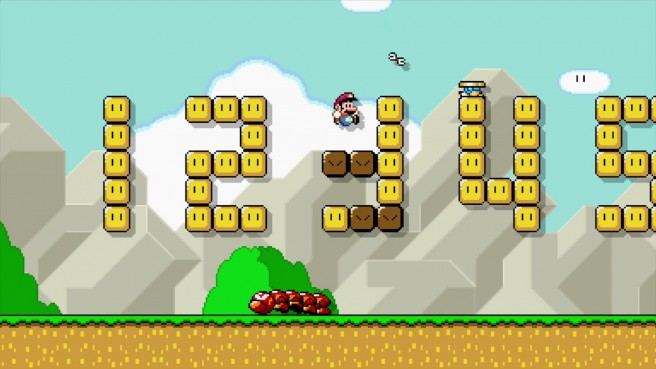 At E3 2015 last week, GameXplain sat down with Super Mario Maker Takashi Tezuka and Yosuke Oshino for a chat about Super Mario Maker. You can watch it in full below. I’ve also attached some notes that I thought were particularly interesting.

– Was decided to make it only a single-player game early on
– Online functionality was also decided early on
– Nintendo was worried about the servers being flooded with levels and being unable to find them, so a lot of work was put in to make sure players can find the great ones admist so-so levels
– Can’t download a level, edit it, and reupload; done to avoid copycat levels
– Can only upload 1 level at a time, not full-scale Mario adventures
– Hard cap on the number of objects you can have in a level, but you probably won’t ever notice it
– Nintendo will be able to distribute courses to players
– No DLC plans for things like enemies and objects
– Once again, no Koopalings
– Different amiibo suits only change the sound effects/different animations for clearing the course
– Nintendo has more stuff to reveal for Super Mario Maker
– Tezuka’s favorite Mario game is Super Mario Bros. 3
– Oshino’s favorite Mario game is Super Mario World