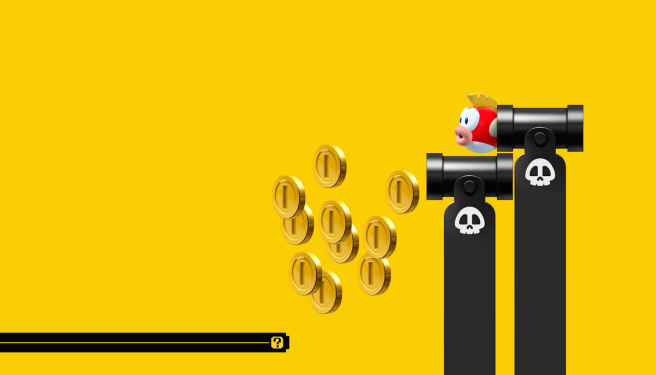 Polygon has put up a new Super Mario Maker piece, which contains some comments from producer Takashi Tezuka and senior director Yoshikazu Yamashita. The two spoke about the game’s development process, wanting the game to appeal to all players worldwide, costumes, and updates.

We’ve rounded up the information after the break. We also encourage you to check out Polygon’s full article here.

– Early in Super Mario Maker’s development, Nintendo higher ups brought in a stockpile of children’s toys for the staff
– Those in charge, including Producer Takashi Tezuka and Senior Director Yoshikazu Yamashita, spent days watching the team poke and prod at the small pieces of plastic
– They wanted to see which toys bored the team and which held interest over time
– This was to get the team out of its comfort zone and to start thinking of new types of interaction,
– Also wanted to see if any of them would apply to Mario Maker
– The staff assembled a list of more than 160 forms of play

“Before we knew it, this list had grown and grown and eventually we had to make decisions about what to put in.” – Tezuka

– Nintendo threw out many of the rules that it had established and used to guide Mario games for 30 years
– This was something the company felt out over time
– At one point, Tezuka told Yamashita and director Yosuke Oshino not to worry about coloring within the lines

“He kind of put our minds at ease by telling us, ‘You know, this isn’t your typical Mario game, and you can think that the elements in this game are not actually Mario canon. So feel free to put in strange things.’”

– The team wasn’t quite as concerned about everything fitting together perfectly, because inevitably it wouldn’t when it got into many players’ hands
– A team member could be inspired by a sound effect from a toy and decide to add it to the game because it’s fun without worrying that it didn’t precisely fit the theme of everything else happening around it
– In certain cases, the staff took inspiration from the Super Nintendo game Mario Paint

“We really wanted to create a type of play that would be memorable and that would have kind of a lasting impact on people. And I think those stranger elements are one of the ways to do that.” – Tezuka

– In terms of drawing the line, Yamashita pointed to things that felt out of place or weren’t clear on the screen.

“Well, during development, one of the ideas was, what happens to the creature inside the shell when you put it on? And someone suggested having the creature’s insides basically dribble out when Mario puts the shell on. We thought that would be too gross, so we decided we would have the insides of the shell kind of leak out but we would cover that with a blurred effect.” – Yamashita

– The team tested this out in the game, but couldn’t nail the look in a way that was easy for players to understand, so it cut the idea
– Tezuka said one of the main criteria for where to draw the line came with things seeming too complicated
– Another criteria was that the team wanted features that would appeal to players around the world
– The team decided early on that every feature in the game would be available around the world
– The team is currently looking at various western-focused costumes it can bring over.

“In the earlier Mario games, we weren’t really considering worldwide culture or international culture when we created them. But that has been something that we have had to consider more recently. We want our games to be enjoyed and understood worldwide by as many people as possible.” – Tezuka

– There are sometimes business considerations to these cameos as well

“In terms of celebrities, it would be great if we could be able to get people to do it for free, but that’s often not the case.” – Yamashita

“People like that would only be appealing or recognizable either within the game industry or to people who follow games. And we want to make sure the Costume Mario characters we add appeal to a wide audience.” – Yamashita

– Yamashita says these sorts of updates will continu
– He views the game as more of an ongoing service than most other recent Nintendo games
– He sees this approach as a new sort of challenge for the company, though stops short of committing to a certain number of updates, or a general timespan for them
– For Tezuka, now that his work on the game is mostly complete, he says working on a game with fewer restrictions has been somewhat cathartic
– While working on the game felt freeing because there were fewer rules, it also presented new challenges to fill in the gaps where there were no rules before