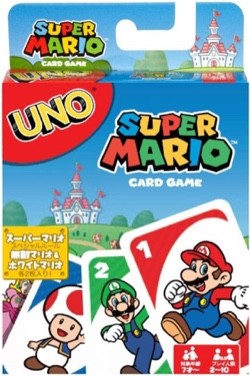 Nintendo’s tie-in merchandise just keeps coming, as a version of Uno with designs based on the Super Mario series has shown up on Amazon Japan. The cards are set to be released on June 18th, and there is no word of it coming to other territories at the moment.