Posted on November 7, 2021 by Brian(@NE_Brian) in Switch eShop, Videos 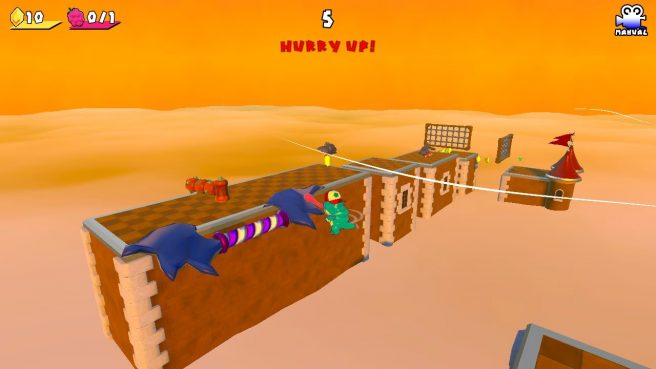 Another 3D platformer joined the Switch library in Super Sami Roll, and we’ve now got a good chunk of gameplay. A video has come through with 16 minutes of footage.

For those that need a refresher on Super Sami Roll, read the following overview:

The wicked Albert VII has captured Sami’s friend Vera and only you can help him save her! But it won’t be easy – you’ll need to roll, grapple, and jump to make it through in the colorful 3D world of Super Sami Roll.

Embark on a journey rolling through beautiful green fields, deserts dotted with magnificent pyramids, dangerous oozing volcanoes, frigid ice lands and many other memorable places with rolling physics and tons of hidden secrets!

View the gameplay for Super Sami Roll on Switch below.

You can pick up Super Sami Roll digitally for Switch via the eShop. It supports English, Japanese, French, German, Spanish, and Portuguese language options.