Posted on March 5, 2014 by Patrick(@Patricklous) in Images, News, Screenshots, Wii U 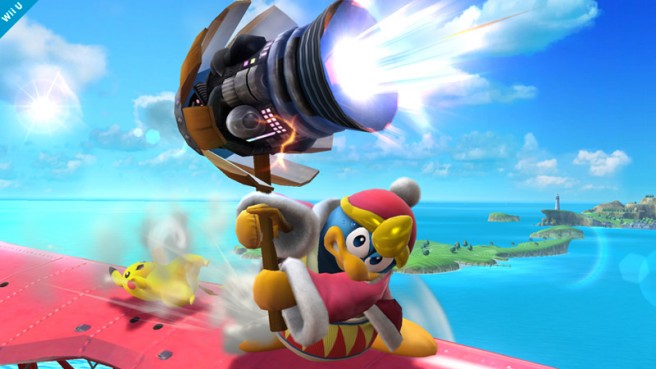 Along with this screenshot, director Masahiro Sakurai posted the following comment to Miiverse:

Pic of the day. So far, which attack can blast away enemies the most dynamically… Is it King Dedede’s fully charged Jet Hammer? Nah, it can’t beat the K.O. uppercut. You can damage yourself by overcharging this attack, so watch out.