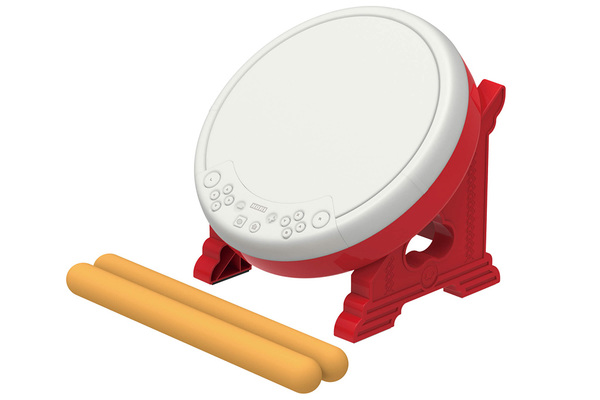 A game where everyone works together to achieve a high score. Flutter your Joy-Cons to the rhythm, push buttons, and dance back and forth. A sound cue will play when the turn direction changes, so be sure to pay attention.

If you fail, Don-chan and the others may fall over. Work together to successfully clear the game.

Swing to the rhythm when the ball comes your way. There may be curve balls in addition to straight pitches, so be sure to pay attention to the rhythm of the music. And if the pitcher throws a fireball straight, swing at the same time the ball is thrown. Aim for the home run.

By clearing a game, you will unlock higher difficulty games. Also, by playing games time and time again, you may also be able to choose new performance characters when playing songs. Play party games multiple times, then take on musical performances.

Hori will also be releasing a drum controller for the Switch releasing July 19th. It seems to be a more sensitive controller than other Hori drums and can be seen in the image above.