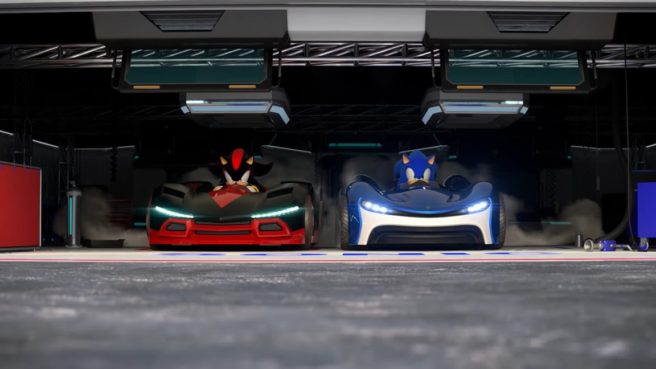 Team Sonic Racing was leaked by Walmart earlier today. SEGA has since sent out an official announcement, confirming the game for this winter.

Sumo Digital is developing Team Sonic Racing. The team mixes “the best elements of arcade and fast-paced competitive style racing with unique vehicle customization options”. You’ll be able to play alone, team up with friends, or face-off against each other.

Here’s some additional information and the reveal trailer:

Team Racing – Race as a team, win as a team. Use various team moves to assist your teammates, knock out opponents and unleash your Team Ultimate.

Performance & Skin Customization – Alter the appearance and handling of your vehicle.

Wisps – 14 spectacular offensive and defensive items to help overcome rival teams and get ahead!

Various Characters and Types – 15 playable characters from across the Sonic Universe and 3 distinct character types including Speed, Technique, and Power.