Thumper co-creator discuss Nintendo’s interest in Thumper’s use of rumble, making their own engine for Thumper 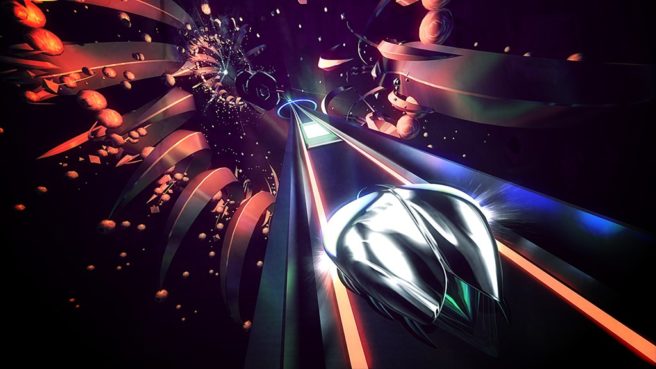 In an extensive video chat with Gamasutra, Thumper co-creator Marc Flury spoke at length about the game.  Some noteworthy topics include the creation of an original game engine as opposed to using a popular, third party one such as Unity, and how the use of rumble in Thumper attracted the attention of Nintendo.

On the subject of Nintendo being interested in the use of rumble in Thumper, it seems that the game caught the eye of some Nintendo executives when it was being shown off in Japan for PS4 and PC. Flury was asked if he would be interested in working with Nintendo’s new rumble system, which we now know as the HD Rumble used in the Joy-Cons on the Switch.

On the subject of creating an original engine instead of using a pre-built one to make a game, Flury wanted to emphasize that this approach shouldn’t be seen as crazy and unrealistic as it often is. He believes a lot of the anxiety around such an approach in the games industry comes from a lack of proper education. He believes that it might be time for schools to rethink their approach to introducing programming to younger individuals.