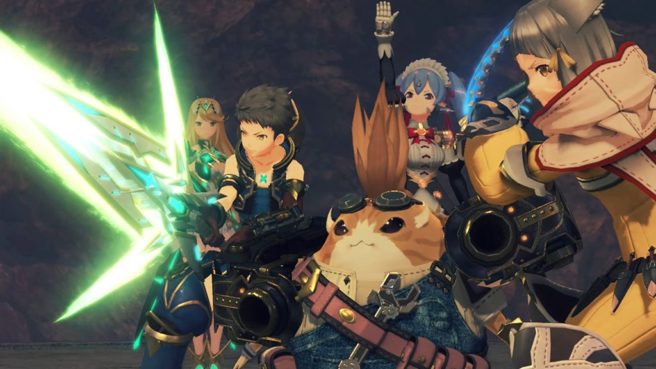 VGMO has a noteworthy interview with composer Yasunori Mitsuda. Along with his work on Kid Icarus: Uprising, Mitsuda also discussed the upcoming Xenoblade Chronicles 2.

Mitsuda spoke about how Kid Icarus: Uprising was a bit hectic due to the various composers involved. He also faced the challenge of “managing the budget and schedule” as well as making sure that the stage music syncs with the action.

“Just as you suggest, because we had so many composers involved, the initial sound was a real mish-mash. When Sakurai-san offered to have me produce, I had the chance to listen to everything, after which I got rid of all the audio that was unnecessary for this project. So, my work was essentially to arrange and orchestrate, but by the time we finished, it had also come to encompass managing the budget and schedule, too. The biggest challenge had to do with the stage music. Each piece had to sync up with the flow of the stage, but due to game slowdown and the fact that the stages were incomplete, we couldn’t really finish anything until the very end of the project when things were finalized. We had a lot of troubles on Kid Icarus, but I’m really happy with how far we managed to take the game’s audio.”

Later in the interview, Mitsuda spoke about working on Xenoblade Chronicles 2:

“… Xenoblade2 was a ton of work. In my role as a producer, I handled proofreading (checking all the scores), managing the budget, sound checks, and the sound program. It was an impossible amount of work for one person. The biggest challenge was that, since the other composers didn’t have much experience recording with orchestras, I was handling controls, identifying issues in the written music, and gently relaying the director’s requests to the team—all work that required a lot of attention. Of course, since I also had to write my own music, it was a pretty rough one and a half years.

I definitely want to offer the soundtrack for sale, but since the number of songs is what it is, I wonder how I’d go about doing that…”

Mitsuda went on to confirm that Xenoblade Chronicles 2’s soundtrack has 120 pieces of music:

“Let’s see… On Xenoblade2, I wrote the main theme, important event themes, and the vocal theme that plays in the end of the game. The soundtrack in total was a staggering 120 pieces, but that was divided among five people. As a result, I wrote a lot more music than the previous game’s soundtrack had. The portion I was responsible for has a lot of pieces that I think will really remind you of Xenogears. I tried not to break down the Xeno sound that I built up (like I mentioned earlier in this interview), so I hope you’ll enjoy it.”