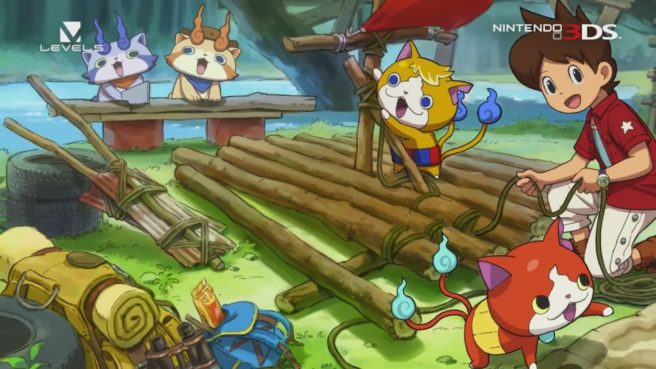 Yo-kai Watch 2 ended up releasing as two separate games in Japan. A few months later though, Level-5 prepared a new version known as “Shinuchi”. The same thing is now happening with Yo-kai Watch 3.

The latest issue of CoroCoro reveals Yo-kai Watch 3: Sukiyaki. Quite a number of Japanese fans predicted Level-5 would end up bringing out a third entry for Yo-kai Watch 3, and had even guessed the subtitle.

Yo-kai Watch 3: Sukiyaki will be released in Japan on December 15. The original Sushi and Tempura versions will be receiving an update on the same day. However, it’s unknown though whether the update will make them totally in par with Sukiyaki.

Details about Sukiyaki are mostly unknown at this time. That being said, with Yo-kai Watch 2: Shinuchi, Level-5 prepared some new elements and mixed the content of Bony Spirits and Fleshy Souls. The company may go down a similar path with Sukiyaki.