Aonuma and Sano on Twilight Princess HD – how it came to be, considered Wiimote controls, more 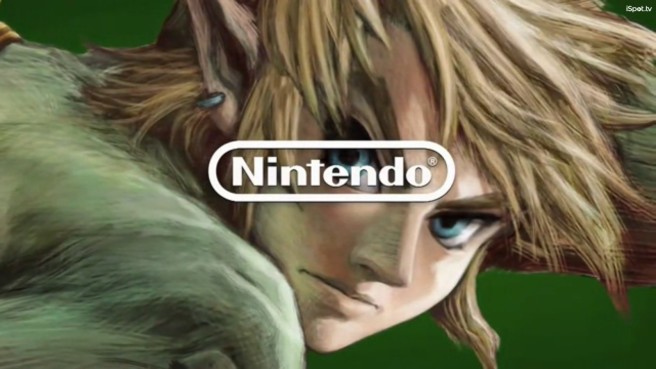 This week’s issue of Famitsu contains an interview about The Legend of Zelda: Twilight Princess HD. Series producer Eiji Aonuma, along with assistant director Tomomi Sano, participated in the discussion.

Topics included how the remake came about, consideration of Wii Remote controls, the Twilight Cave, and more. You can find a full translation of the interview after the break.

Famitsu: Please tell us the full details on how you decided to remake Twilight Princess in full HD.

Aonuma: Before starting development of the new Zelda – which we are making right now – actually at the same time a suggestion came out to try out remaking an older Zelda game in HD, and we had attempted that with Twilight Princess. Then at that time, in order of release, Wind Waker HD launched first, and after that had calmed down, we arrived at the remake of Twilight Princess. However, as you may have known, we at the Zelda team had already started development on the newest game for Wii U, so we asked an Australian development company Tantalus (who also made the Wii U version of Mass Effect 3) to handle the remake. Sano then mainly communicated with them while they were progressing with creating the game.

Famitsu: Ms. Sano has been in charge of many remakes in recent years. Are there any reasons for that?

Aonuma: She has been playing the Zelda series herself from the start, so she gave many kinds of proposals based on her memories as a player. She has viewpoints from both player and developer sides, so we didn’t need to speak much, and [her directions] are also accurate, which is why I leave many [of the remakes] to her.

Famitsu: At the time of the remake, did you think about things like controlling with the Wii Remote?

Aonuma: We had a debate as to whether to use Wii Remote controls or not until the middle [of development]. However, the style to display the map on Wii U GamePad is very comfortable, and [it] can also use gyro controls for the Wii Remote bow aiming, so we ended up focusing on the GamePad.

Sano: Twilight Princess has vast fields, and also many dungeons with complicated structures, so the style where there’s a map right on your hand and playing while looking at it came off nicely.

Aonuma: In past Zelda games, when you wanted to look at the map, you’d have to change screens, but when you do change screens, the character’s direction and the map’s orientation sometimes don’t match, and people who are not accustomed to looking at maps end up getting lost easily (laughs). In Twilight Princess, there are many dungeons that are three-dimensional, so just like map screens on Nintendo 3DS games and Wind Waker HD, if we can display the map on the 3DS’ bottom screen and Wii U GamePad, you can play it comfortably, like heading to a destination while looking at the map on your smartphone.

Sano: When I played the original version, I didn’t understand where to go, and was lost for two hours (laughs). However, the mystery that lies beyond the destination is interesting, and it was worth playing, so if you gave up without reaching the destination it would be wasteful. In order to be able to arrive there as soon as possible, in this remake, we implemented discrete changes that users may not notice but improve the experience.

Famitsu: Did you change the direction and text explanations in the game too?

Sano: Yes. There may only be a few people who could notice that though (laughs). However, each character is very unique, and there is a lot of interesting dialogue, so we improved world navigation without changing the feel of the original version.

Aonuma: We wanted it to be easy to understand, but the response and feel are still intact. So those who played the original could feel once again what they felt back then, and yet in order to make those who play for the first time able to play comfortable, we kept in mind to look thoroughly again at parts which were difficult to play.

Famitsu: In the Twilight Realm, its characteristic is in how rough it looks, so wasn’t there a huge hardship in remaking it into HD and displaying it clearly and beautifully?

Sano: The adjustments to “not make it too photorealistic” were hard indeed. Tantalus excels in drawing photorealistic things, so at first the world they made looked like photos, and a bit different from what I had imagined… (laughs)

Aonuma: The original Twilight Princess was made to aim for realism with a “graphic novel” atmosphere rather than “actual photos”. So that’s why we ultimately made Link with a graphic novel-style – to depict him realistically not as a human, but as a character instead.

Sano: That balance of realism was hard to explain with both spoken and written words. So we had Mr. Satoru Takizawa, who was in charge of the art direction for the original version, supervise it and tell Tantalus things like “This should be intentionally blurred” or “Let’s draw this part clearly”. However, there was a language barrier…

Aonuma: “Blurring” could have many meanings in the Japanese language, but in English it directly means to “soften the focus”, so we couldn’t inform the nuance well. Japanese language is so convenient, isn’t it? (laughs)

Sano: So that’s why during teleconferences with Tantalus, when we had parts that couldn’t be told with words, we communicated by drawing pictures to each other instead.

Famitsu: So in the end you could inform better with pictures?

Sano: Rather than saying 100 things, drawing is definitely faster indeed. However, sometimes it was the other way around; sometimes words can be understood better than pictures, so we also had some fun with the communication difficulties.

Famitsu: About the new feature “Twilight Cave”, please tell us about the details and intentions of it getting implemented.

Aonuma: Ahh, I’m rather bad at telling details myself (wry laugh). To fit it into the remake, I said “make an amiibo of Wolf Link with Midna and add new gameplay to it”, but the important contents of the gameplay itself wasn’t really decided, so I told Sano to “think about something”.

Famitsu: Eh! Did you just throw it to her!?

Aonuma: I pretty much threw it to her completely (wry laugh).

Sano: I felt like I suddenly had a fastball thrown at me, and I could say nothing but “I’ve received it” (laughs).

Famitsu: And it had to be left untouched (laughs).

Sano: While thinking about what to do, I played the original version again, and I realized that enemies found while in human form could be challenged by Wolf Link, too. If we did some scheming with the matchups, I thought we could make an area where players could have fun battling in beast form only, and when I consulted with Tantalus, they shared reliable comments like “We’ll try to make something that’s fun to play for Zelda veterans too!”. And when I played the finished product, it became a dungeon that’s mind-bogglingly hard (laughs).

Famitsu: Like it’s aimed for the real veterans (laughs).

Sano: But the base was made in a good shape, so we adjusted the difficulty, so that people who aren’t too good with action games can beat it if they try hard enough while using the Wolf Link amiibo to replenish hearts.

Aonuma: In a rare case (laughs), I was also able to beat it before the game released. I had a lot of support including borrowing the power of amiibo though (laughs).

Sano: On the other hand, if you use Ganondorf’s amiibo, you’ll receive twice the damage, so I think it should also please people who want to take on an even harder challenge. When you beat the dungeon, the amount of times you used amiibo, and where you used it will be shown together with the clearing time, so please post to Miiverse your results if you use it on the basement first floor and complete the dungeon.

Famitsu: And finally, please leave a message to the readers who are looking forward to this game.

Sano: We’ve finished a game where both people who have played [the original] 10 years ago and people who are getting this for the first time can enjoy Hyrule in another new form, so please feel free to play it.

Aonuma: While making the latest title for The Legend of Zelda, when I look at this remake, I feel like this is the origin point of the new title we’re making right now. After playing this game you may have some “Oh I see!” moments when playing the [upcoming] new game, so I’ll be glad if you play Twilight Princess HD while waiting in anticipation for the latest title of Legend of Zelda.

Famitsu: So I heard that the save data for this game that’s saved in the Wolf Link amiibo has some connections to the [upcoming] newest Legend of Zelda…

Aonuma: It’s not the save data itself, but “Part of the data saved in the Wolf Link amiibo can be brought over and used in the new title too”. For some people, when they play the new title, they might feel the urge to play Twilight Princess HD one more time.