Aonuma offers up a different reason for Zelda: Breath of the Wild’s delay, more 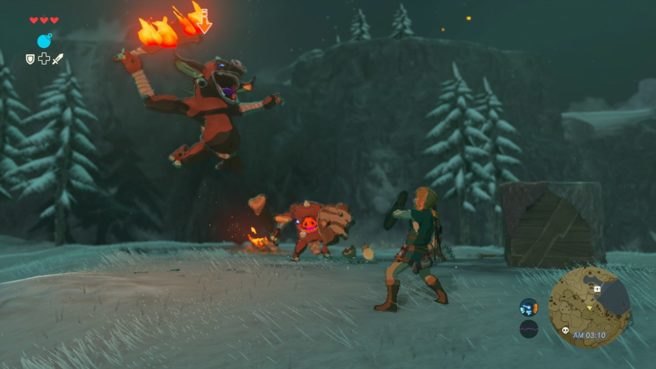 “We have these milestones during development. I play the game, then give staff my comments, my advice on what direction they should be heading in. At one of the milestones, the game was fantastic. There were so many great elements. But at the next milestone, that was all gone.

I’d made a lot of comments about what they needed to add, but I never told them what I thought was good about the game at that milestone. So they added stuff that I’d recommended, but they also added some other elements they thought would work well – and that ended up breaking all the good parts of the previous build. I learned that, when it’s good, I have to say so. If I’d managed that we’ll, maybe development wouldn’t have extended quite so much.”

Elsewhere in the interview, Aonuma touched on the change of direction in Zelda: Breath of the Wild:

“There’s a form of Japanese theatre called kabuki. A kabuki master would say ‘in order to break the mould, you have to know the mould’. Often, when I speak to Mr Miyamoto about a problem, that’s the feedback he’ll give me: ‘You don’t understand the mould here. That’s why it’s no good’.”

“We got a lot of feedback from the people that played Skyward Sword. There were these pockets of worlds that players were able to dive into, but they really wanted to see what was in between those worlds – all the hidden elements they weren’t able to see. I thought that was really natural for Zelda fans, who like to explore, to uncover little secrets. We realised that we needed to make this free, open-air world.”

He also discussed the newfound dynamism in the game’s combat system:

“In the past titles, if a player found a different solution to the on we’d intended, we’d call it a bug. But for this title we created puzzles with multiple solutions. Even battles against enemies have a puzzle element: you can push a rock off a cliff and defeat them that way, or have bees chase them away so you can sneak up and take their weapons. Even if it’s a strong enemy, there are a lot of strategies, and it’s not just about battling.”

“Whenever I ask Mr Miyamoto what Zelda is, he says, ‘Well, Zelda’s greatness is that it’s unique’. So we focus on what we weren’t able to do in other games. Of course we play a lot of games. Especially the staff – they play whatever they like. When someone says, ‘hey, I’d really like to put this feature in the game’, someone else may say, ‘no, actually, that’s already been done in another game’. We try not to focus too much on whether it’s already been done. We think, ok, it’s been done before, but how can we implement it in our game and make it our own, unique experience?”