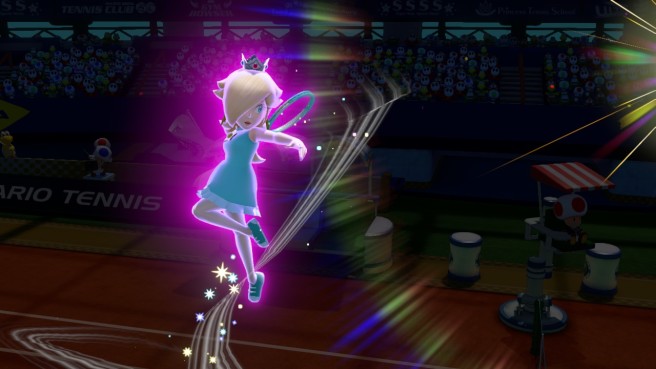 Update (10/7): Bumped to the top. The dream of more characters might be dead. Nintendo has updated the website, and it now says three characters instead of five.

On the page, Nintendo mentions that the game “features five new characters alongside returning fan favorites.” Based on what we’ve previously seen, we know of three entirely new roster additions. That should mean there are two others we don’t know about currently.

Finally, we’ve rounded up the various clips from Mario Tennis: Ultra Smash’s site. Find five minutes of footage below (warning: shows some of the secret characters, though I suppose they really aren’t at this point).