Iwata on his “Super Programmer” days, helped get Smash Bros. Melee out on time

Posted on December 28, 2014 by Brian(@NE_Brian) in GameCube, General Nintendo, News 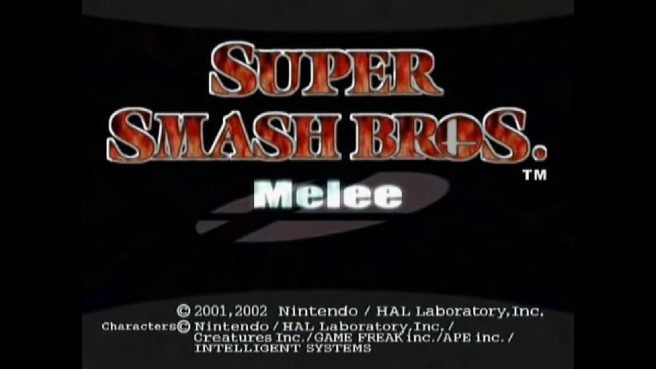 Satoru Iwata became the president of Nintendo in 2002. Prior to that, however, Iwata worked at HAL Laboratory for many years and helped program a wide array of games.

In an interview with 4Gamer (via StreetsAhead translation), Iwata spoke about his proficiency with programming. One notable thing mentioned: “… I believed things like that I could write better NES code than even Nintendo’s (EAD) engineers or that I could write the fastest, most compact code.”

Iwata also spoke about the development of Super Smash Bros. Melee, which “didn’t look like it was going to make its release date”. He “did the code review, fixed some bugs, read the code and fixed more bugs, read the long bug report from Nintendo, figured out where the problem was and got people to fix those.” Thanks to his efforts, Melee launched on time.

Head past the break for Iwata’s full comments.

Iwata: Umm. Well, actually…I don’t feel like I can say that, I’ve never said that actually. I don’t think I was really ‘super’ by today’s standards(laughs).

Kawakami: Well, there was definitely a period when other people thought that about you, though, right? When you were at HAL Labs, for example.

Iwata: I guess there was. There was definitely a period of time after I began working at HAL when I sort of fancied myself to be the most proficient software engineer in the video games industry. Because I believed things like that I could write better NES code than even Nintendo’s (EAD) engineers or that I could write the fastest, most compact code.

Kawakami: But once you move from a engineering position to one of management or administration, you’re no longer writing code yourself, are you?

Kawakami: So, wouldn’t that make you long for it? Like, would you be wondering “should I be a manager or should I keep writing code”? Did you have that sort of internal struggle, Mr. Iwata?

Iwata: Yes. Of course, I couldn’t write code during the week days, but, well, my nights were my own, as they say. Or, I’d take work home on my days off and write code there. If I made anything cool, I’d bring it in to work on Monday to show it to everyone and they’d all be glad to look at it and that was fun for me.

Iwata: Of course, the company wouldn’t run if I didn’t do my managerial tasks during the day, so I did them. But I didn’t quit writing code.

Kawakami: Ah, so, what was you’re last job as an engineer, then?

Iwata: Aaah, I wonder if it’s alright to admit this? Well, I guess the proverbial statute of limitations is up, so I’ll tell you, but my actual last work on programming happened when I was working as the General Manager of Corporate Planning at Nintendo. Something happened and the Gamecube version of Super Smash Brothers didn’t look like it was going to make its release date so I sort of did a code review for it (Wry Laugh).

Kawakami: No matter how you look at it, that’s not the job of the General Manager of Corporate Planning, is it? (Laughs)

Iwata: Yes, it isn’t really, is it (wry laugh). At the time, I went to HAL Labs in Yamanashi and was the acting head of debugging. So, I did the code review, fixed some bugs, read the code and fixed more bugs, read the long bug report from Nintendo, figured out where the problem was and got people to fix those…all in all I spent about three weeks like that. And, because of that, the game made it out on time.

Kawakami:So you even did the debugging yourself!

Iwata:?And that was the last time that I worked as an engineer ‘in the field’. I was right there, sitting by programmers, in the trenches, reading code together, finding the bugs, and fixing them together.

Kawakami: That is such an interesting story. But with that being the last time you worked as an engineer, does it mean that there’s a knowledge gap between you and people who are currently working as ones?

Iwata: Yes, stepping back from something means that a knowledge gap is inevitable. Even if I understand the principles, I just can’t take the time to fully update my skills. So, with time, I’ve found myself having to ask what certain things are.
So, even though I’m looking over the system development departments, I find myself having to ask them to explain certain things to me. Through that I’m sort of struggling through trying to not let my judgements standards waste away.

Kawakami: So that’s an on-going thing, then?

Iwata: Yes, of course. How do I put this? I, personally, don’t want to lose my position as the ‘CEO of a listed company in Japan with the most knowledge of programming’.