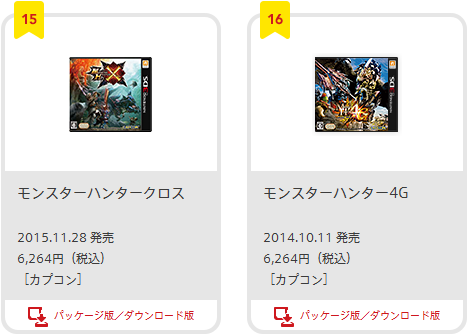 Capcom has yet to report on any official sales data for Monster Hunter X, but the game appears to be doing quite well. The game has already managed to surpass Monster Hunter 4G (Ultimate in the west) on the Japanese 3DS eShop. That means X’s lifetime digital sales are already above it in a matter of three days.

Digital sales can be a tricky things in terms of specifics. But it looks like Monster Hunter X has already sold at least 140,000 copies on the eShop based on its positioning.