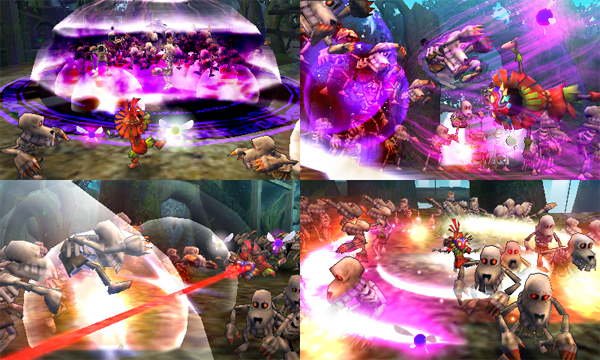 Today, Koei Tecmo sent out official screenshots from Hyrule Warriors Legends showing more of Skull Kid, Phantom Ganon, and more. We posted some of these images yesterday, though they’re now in much higher resolution. Also note that some of the screenshots are on Wii U as 3DS owners will be able to transfer the new characters into that version.