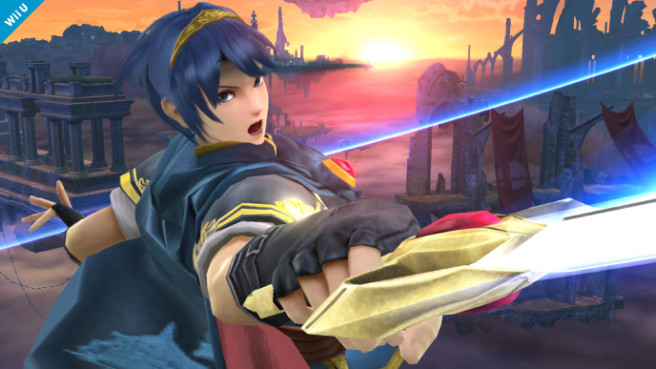 All sorts of interesting information has been emerging from the Fire Emblem 25th anniversary book. Among other things, there’s an interview with Smash Bros. director Masahiro Sakurai, which has him reflecting on the appearance of Fire Emblem characters in the series. He spoke about how Marth and Roy made it in, shared a story about re-recording Roy’s lines, and plenty more. He also commented on those who wish to see him work on an entirely new game, and noted that DLC for Smash Bros. Wii U/3DS is ending soon.

We’ve picked out some tidbits and quotes from the interview below. You can read the full translation over on Source Gaming.

– Sakurai wanted to include Marth since Smash Bros. on the N64
– The hidden characters in that game were made “only on the premise of being able to reuse some movements and parts of the models of pre-existing characters”, so Marth didn’t make it
– Sakurai wanted Marth in to represent Fire Emblem and have more variety with sword-wielding characters
– Roy came up while thinking about clone characters for Melee, and his game was in development at the time
– Roy’s design from Melee was more of a suggestion, and many of his aspects were redone
– Counter moves for the Fire Emblem characters comes directly from the Fire Emblem games
– There were difficulties in trying to include Marth (such as how he never appeared overseas), but Sakurai pushed to have him in
– Discussion and internal disputes when it came to Roy
– Sakurai met with Nintendo of America while working on the game, and there was talk about removing Roy
– NoA said he’d be fun, so Roy was left in

On the selection process for the Fire Emblem characters in Smash Bros. Wii U/3DS…

“It really depends on the situation. For example, Roy and Robin were included for completely different reasons. It also depends on luck, of course. Industry trends around the time when development begins is a pretty big factor. I started development on Smash for 3DS/ Wii U right after I’d wrapped up Kid Icarus: Uprising, and Fire Emblem Awakening was released one month after Uprising. So what’s popular around the time when I begin designing the game is important. Characters are almost never added after I’ve completed the project plan for Smash.”

– Pokemon was an exception to the fixed project plan since the team knew a new game would be out soon, so one spot was left open
– “Adding or removing during the process directly impacts production costs and people’s workloads, so it’s not that easy to add or change things, and we take that into account.”
– Team doesn’t think about post-release content at the start
– Awakening’s release was fortuitous
– Had it come out a few months later, a character like Robin may not have been included
– Same goes for Lucina
– Many factors determine whether a character makes it in
– They don’t feel forced to include the protagonist of the next Fire Emblem game
– Sakurai says “DLC is coming to an end soon”

“It’s pretty difficult. If I keep making Smash, I get to work on interesting things like Ryu, but if I leave, I don’t know if the staff could do it by themselves.”

A story about the development of Fire Emblem characters…

“I have one story, about re-recording Roy’s lines for Smash for 3DS & Wii U. At the time of Melee’s recording, Jun Fukuyama wasn’t as famous as he is now, and it had only been about three years since his debut, I think. But he remembered that one- or two-hour recording session in amazing detail. Like knowing who the other voice actors were, for example. Actually, at the time, Roy’s name was “Ike.” It was eventually changed to “Roy” later, but he even remembered a minor detail like that.”

A message for fans of the Fire Emblem series…

“I was playing the first one when I started working, so that would mean it’s been a quarter-century since I joined the game industry. The amount of work is pretty harsh… Recently, my vision has been getting worse as well…anyhow, leaving that aside (laughs). But, being able to take these characters who first appeared so long ago, and to be able to keep using them and share them with the current generation is, in my opinion, a blessing and a really fun job. Fire Emblem is changing and evolving with entries like Awakening and Fates, and I’d love to keep an eye on this evolution now and in the future.”