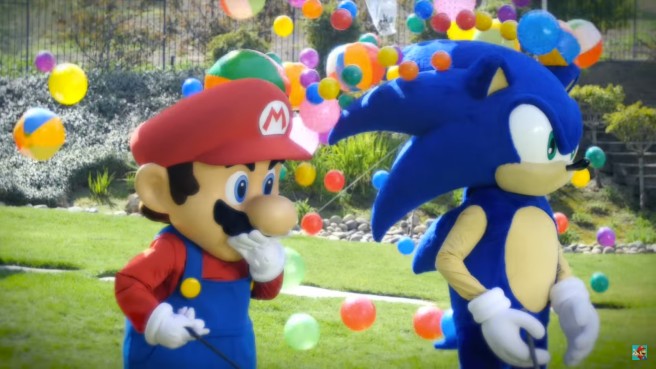 Nintendo and SEGA have formed a close relationship over the past several years through Sonic. The character appeared in Smash Bros., teamed up with Mario in multiple games based on the Olympics, and more.

Sonic Team head Takashi Iizuka spoke about Sonic’s link to Nintendo in this week’s issue of MCV. Here’s what he had to say about that:

“When SEGA stopped making hardware and just started doing software, the first platform that we released Sonic on was a Nintendo console. We felt from the very beginning, that the Nintendo platforms were where the passionate Sonic fans were. Historically that is where our relationship started with Nintendo. Unfortunately, the Wii U didn’t manage to get as many gamers on the hardware as we would have liked. That was unfortunate for Sonic because we didn’t get the mass of people to enjoy the content. But Nintendo has always been a great partner, we have Mario & Sonic at the Rio 2016 Olympic Games, Sonic in Super Smash Bros… we really appreciate the work that they do.”