Splatoon devs on the map rotation, content updates, and more 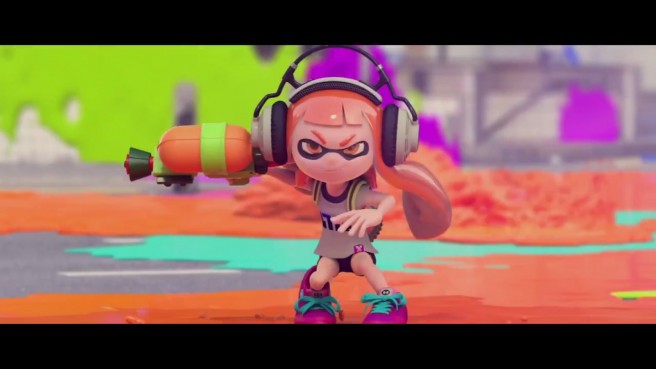 In this month’s issue of Japanese magazine Nintendo Dream, there’s an interview with some of the Splatoon developers. That includes directors Yusuke Amano and Tsubasa Sakaguchi as well as producer Hisashi Nogami.

Nintendo Dream starts off by asking how matchmaking works. Amano mentions that rather than focusing on levels, the game pairs players with similar playstyles in Turf War. Levels are more of “an indicator for how long the person has played the game.”

Since Splatoon matches users together based on how they play, Amano notes that those who tend to splat enemies are likely to play together. Likewise, those who concentrate on painting rather than splatting are more likely to get paired up.

Next, Amano touched on Splatoon’s map rotation. When Nintendo Dream asked why there are two maps that are changed once every four hours, he said:

I think if maps were selected at random from all the possibilities, everyone would only use weapons that have “the greatest common divisor” and that work the same way in every map. But when maps are limited to two, you can have alternative weapon choices like “I’ll go with a charger for these two maps”. If there are more than three stages, all-rounder weapons become popular.

One of Splatoon’s new multiplayer modes, which will be added in the future, is Tower Control. Similar to other Ranked Battles, Nogami confirms that these matches will take five minutes for each round.

Another topic addressed by the developers was updates. Nogami and Amano said on this front:

Nogami: There is still more to be done to maintain customers’ interest and to prevent them from getting tired [of the game].

Amano: There is still much content under investigation*. It is like “what shall we include in the next update?”
*Developers keep using wording “under investigation” or “under research” as a reference to Squid Research Lab

Nintendo Dream then mentions that even though Splatoon has launched, development isn’t over.

Nogami: We wanted to pile up content with updates from the start. We prepared some amount [of content] according to our expectations, but as we saw actual reactions [from players], we’re going to make some revisions.

Amano: We’re thankful that everyone has leveled up faster than we expected and played the game immensely. If we’re going to pile up [content], we’re going to do it with an aggressive approach.

Splatoon has received lots of new content since launch, including new weapons and maps. There are also plans for a major update in August that will add party matchmaking, a new battle mode, and additional gear.