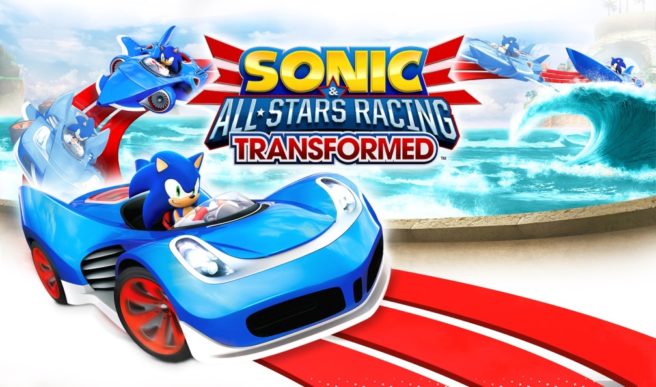 Sumo Digital worked with SEGA to release Sonic & SEGA All-Stars Racing in 2010. It was a racer starring Sonic and a bunch of other characters based on SEGA’s various franchises. The game was well-received, and the two companies then returned in 2012 with the sequel Sonic & All-Stars Racing Transformed. The racing was just as good, and Sumo did everything it could to make an even bigger and better game.

While reflecting on the sequel in last month’s issue of EDGE, executive producer Steve Lycett told the magazine:

“It was basically, ‘What if we had vehicles which transformed and [travelled across] land, air and sea?’ That was the initial back-of-a-fag-packet idea that became the basis of Transformed.”

“We made everything fourplayer; we made sure every single track had its own individual [style]. In a way, we almost didn’t care what Sega thought, as long as the fans were happy. We said we wanted to deliver absolutely everything we could, and we never pulled back from that, to the point where we were sneaking updates and various bits and pieces under the radar.”

Art director Andy Ritson initially found the idea behind Sonic & All-Stars Racing Transformed to be “a very scary proposition”. In addition to the standard ground racing, the team would need to come up with two more landscapes for each track: one for the skies, and another for underwater racing. Design director Gareth Wilson also said, “It took me about four or five months to get my head around how to build a track.”

EDGE notes that “Sumo found getting the land vehicles up and running comparatively straightforward.” On the other hand, the water sections were trickier. Sumo originally tried creating very authentic water physics similar to Wave Race, but as Ritson noted, “Fun and accurate were diametrically opposed, really”. The team created 47 unique prototypes before going with the final setup and trying “pretty much everything else,” according to Lycett.

The most difficult element to implement was, by far, racing in the skies. Players originally had the ability to fly anywhere, though that wouldn’t work since they would want to go the shortest route and finish the race as quickly as possible.

“We tried forcing them into tunnels, we had them running along a spline, we had a fly-by-wire [system], but it was just awful. You never felt like you had proper control, so that didn’t work.”

“We’d been faffing with the controls for about a year and a half! Everyone was getting really annoyed because we couldn’t finish it.”

Sumo eventually overcame various issues with flying after it started to build what would become Dragon Canyon. As Lycett told EDGE:

“The course helped us out. The way we solved flying for that one was to put you in a canyon. The road was dead easy, then the water was in the bottom of the canyon, so you could only follow the river, and the flight [section] was within the sides of the canyon, so you couldn’t get out of the bloody canyon, no matter what! Now we had a track that supported [all three], we could actually start to put it all together.”

Another concerning point of development came about when Mario Kart 7 was unveiled at E3 2011. Just like Sonic & All-Stars Racing transformed, Nintendo was also taking their franchise to the sea and air. Members of the team saw the Mario Kart 7 trailer as Nintendo’s conference happened that year.

“We were gutted. Of all the versions of Mario Kart to do the land, sea and air thing, they had to do it now!” – Wilson

“They weren’t doing the same thing, but it was a bit of a shame, because ours was coming later and it looked like we’d copied them. We never thought they’d do something like that.” – Wilson

“I also thought they’d never move away from just Mario IPs, but they did that for the most recent Mario Kart. I thought if I ever saw Mario Kart [feature] a lot of different IPs, they’d be treading on our turf!” – Lycett

It’s been four years since Sonic & All-Stars Racing Transformed debuted. Could a third entry be in the works? That’s something Sumo appears to be open to, as Wilson said. Wilson and Lycett also joked a bit about a different sort of game: one involving fighting.

“We could definitely do another one. For this one we’d just got into our stride in the last couple of months of production. We really knew exactly what the game was; we’d got all the tracks and all the tools.” – Wilson

“If we ever do another one, we should have a fighting game where the characters are inside mechs of themselves, so you’ve got Sonic pulling Eggman’s arm off and beating him to death with it.” – Lycett

“Yeah, that way you could do damage without damaging the character. Genius.” – Wilson