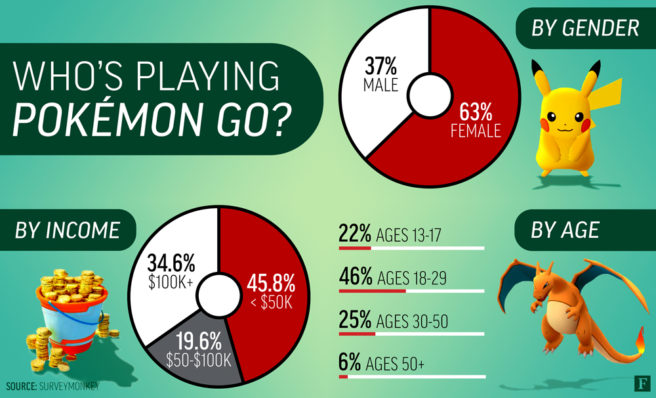 With data provided by SurveyMonkey Intelligence, Forbes has taken a look at the demographic behind Pokemon GO.

Interestingly, a majority of Pokemon GO players appear to be female. The split is estimated to be at around two-thirds female, one-third male. It’s also said that the average player “is a 25-year-old, white woman with a college degree making about $90,000 a year.”

According to SurveyMonkey Intelligence, their statistics are based on a panel of more than a million Android and iOS users in the U.S. Estimates are made based on the usage data it receives from the associated mobile devices.

“We don’t ask for the sex of our users, so it would have to come to a third party that is correlating it with some other research or a panel. I would love to find out if that were true.”