Posted on December 2, 2021 by Sixto in News, Switch eShop, Videos 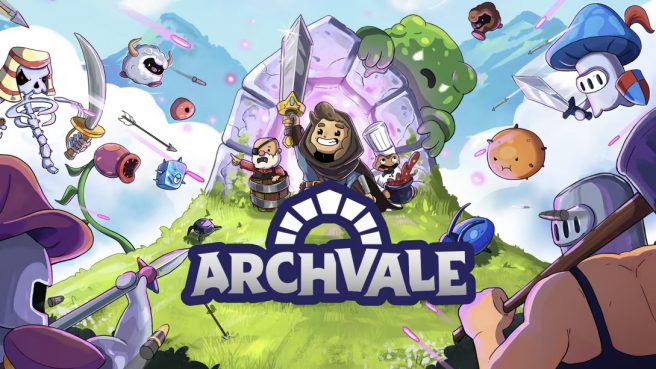 The RPG/bullet hell hybrid Archvale has received a new trailer by publisher Humble Games and developer IDoz to commemorate the game’s launch.

Here’s a bit more information on the game through Nintendo, in case you’ve yet to catch up.

Take up your weapon in this RPG bullet-hell world and embark on a journey to defeat the evil forces of the Undying guardians and reunite the world with the fabled Archvale.
A malicious and cruel king once ruled the land and terrorized all who faced him. He along with the fabled arch to Archvale have become the fodder for ghost stories and passed down myths. All that remains of him are the Undying; beings whom the king cursed with immortality to live out their eternity in his prisons.

You and you alone can defeat the Undying and rid the world from the dark shadow the king has left. Journey across diverse regions, looting and crafting your way to better weapons and equipment. Through these upgrades you will be able to succeed against the host of enemies that await you and stand between you and the truth about the said-to-be-mythic arch to Archvale.

Key Features:
– Play Your Way. Augment your character via badges, allowing you to create a build that suits your playstyle.
– Mastery is Key. Skill-based bullet hell combat will put your weapons of choice to the test and require precision and speed to succeed.
– Build Your Arsenal. Craft over 200 weapons and armor using items gathered from the environment and from slaying enemies.
– Explore the World. A host of enemies across diverse environments and classic-inspired dungeons will take you across an ever changing map where you will find unique resources needed to complete your journey.
– Discover the Truth. Uncover the dark lore of the world on your quest to unearth the arch to the fabled world of Archvale.

Have a look at Archvale’s launch trailer below.

Archvale is now available on the Switch eShop.