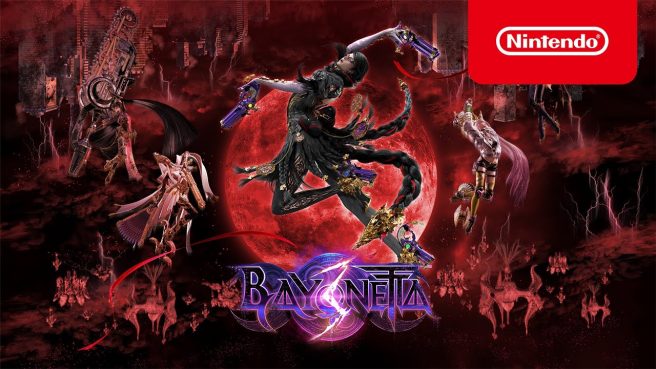 PlatinumGames supervising director Hideki Kamiya and Nintendo producer Makoto Okazaki have talked about the origins of Bayonetta 3. The information comes from this week’s issue of Japanese magazine Famitsu, as the two participated in an in-depth discussion about the Switch title.

Kamiya confirmed that PlatinumGames started working on a proposal and prototype after its previous project, Scalebound, was cancelled. Nintendo was already moving forward with ports of Bayonetta 1 and 2 for Switch, and Kamiya then shared a video message which Okazaki believes “was the final push that made this game into a reality.” Meanwhile, Kamiya mentioned that he’s “forever indebted to Nintendo.”

Below are Kamiya and Okazaki’s comments about the origins of Bayonetta 3, as translated by Nintendo Everything:

To begin with, how did planning for Bayonetta 3 start off?

Kamiya: For the timeframe, it was right after the project we were working on, Scalebound, got cancelled. We decided to start work on Bayonetta 3, a game the fans wanted, and one that I wanted to make as well. Just writing up the proposal costs nothing, so we started molding the prototype. I proceeded to come up with the concepts, and made some rough drafts first. While (director Yusuke) Miyata and the others put those into the proposal, we worked with character designer Mari Shimazaki-san on Bayonetta’s new design, and also started giving form to the story.

Then you took that to Nintendo?

Okazaki: Before that, we already had plans to port Bayonetta and Bayonetta 2 to the Nintendo Switch. It was brought up.

Kamiya: When we tried to get a feel for whether or not they’d let us do this, they gave it consideration optimistically.

Okazaki: After that, we received a passionate video message from Kamiya-san about this game. Personally, I think that was the final push that made this game into a reality.

Kamiya: Speaking of that, I think I was asked to make that video by (PlatinumGames CEO Atsushi) Inaba (laughs). He said he wanted to show the creator’s passion directly. I said earlier that I was almost completely uninvolved with Bayonetta 2, but I did write the story, and I think they kept it intact mostly. Since I saw that it was well-received, I wanted to expand the world even further for the fans, and also wanted to challenge myself. That’s why I was really happy that we were able to make the third game. I’m not exaggerating when I say I’m forever indebted to Nintendo.

Bayonetta 3 is now available for Switch.

Translation provided by SatsumaFS on behalf of Nintendo Everything.