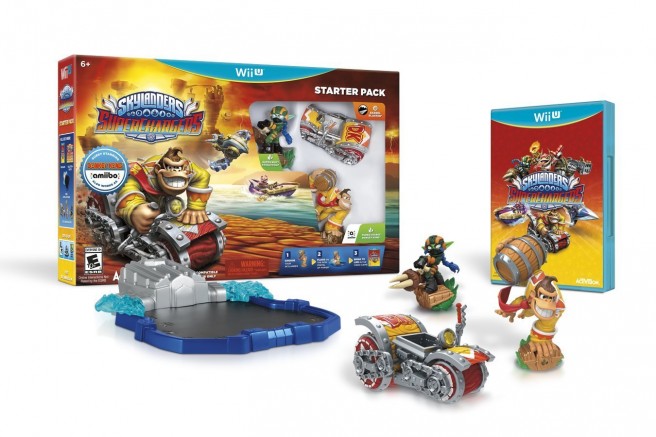 For now at least, Activision doesn’t have plans to sell the Bowser and Donkey Kong Skylanders as separate figures. The only way to obtain them is by purchasing the Skylanders SuperChargers Starter Packs. The Wii U version comes with Turbo Charge Donkey Kong and the Barrel Blaster, while the 3DS and Wii editions feature Hammer Smash Bowser and the Clown Cruiser.

Game Informer asked Activision about the possibility of selling the Bowser and Donkey Kong figures. In response, a representative said:

“At this time, Turbo Charge Donkey Kong and Hammer Slam Bowser will be sold via the Nintendo starter packs only, as we wanted to avoid having consumers confused at retail thinking that they are playable on other platforms, as they are exclusive to Nintendo platforms.”